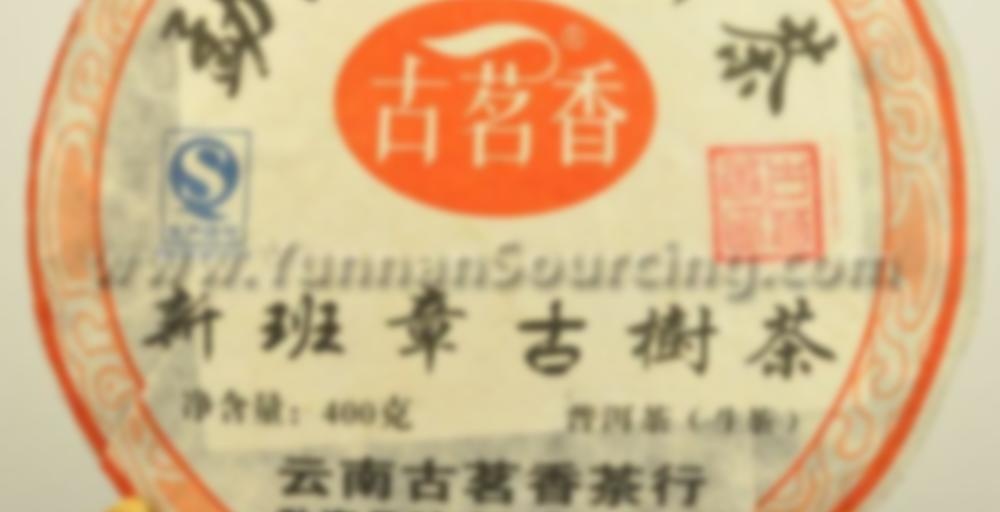 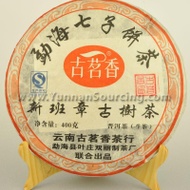 Xin Ban Zhang material is similar to Lao Ban Zhang in many respects but does not command as high of a price. Both villages have a slight bitterness to them and strong and protracted after-taste. This tea like Lao Ban Zhang is very powerful… so it’s better to use only 4 to 5 grams of tea per 100ml of water!

Bouquet: First and Foremost the dry bouquet is already a marvelous experience of its own. The actual deep and manly tart notes of oud (aka aged Agarwood), old leather also leading to in leather wrapped very old books and tobacco are crucial elements of this masterfully composed Pu-erh. Especially the last aspects shines through its steaming wet condition which turns on the intensity even more within those former named aspects. Beside those a certain slightly sour mouthwatering experience is making it even harder to resist its actual matured liquor. Later you might also find a slightly hint of pickles inside its steaming atmosphere.

Liquor: This buddy is indeed a massively warming one with a strong and mature manly character to it. Its silky soft texture is so highly exquisite and so unbelievably well composed – it is a massive delight enjoying such a marvelous Sheng. Even for its quite younger age its actual wisdom and mature character tells a different story. With woodsy notes of bamboo and rosewood plus a massive major layer of oud mixed with hints of sandalwood are building the foundation of this highly enjoyable act. Old leather and tobacco are the other major aspects of this composition. Beside those already named nuances the aftertaste is the part of the sweet and very ripe fruity notes which reminds me a lot of apple/pears cider or a very natural cloudy pear juice. There is a certain sensation within its echo which introduces himself a bit like composting fermenting fruits. This buddy gets better and better each round you dig into its complex symphony. After its third infusion it even gets more creamier and silky.

The price of this masterpiece is definitely not for small pockets BUT as high as it is the quality is even higher! Definitely worth trying and one of the best textbook examples for a perfect aging participant!