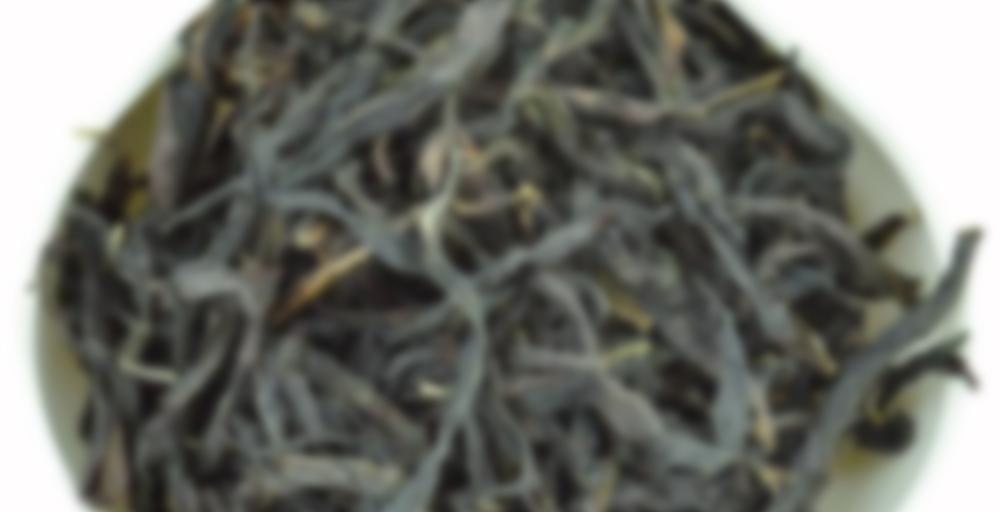 “Da Wu Ye” known as Big Black Leaf grows almost exclusively in Phoenix Village in the Wu Dong Mountains of Guangdong. Da Wu Ye is a medium leaf varietal and natural hybrid of local “Ya Shi Xiang” bushes and “Shui Xian” varietal. It is also called “Snowflake Dan Cong” and has the lowest harvest quantity per bush of any Dan Cong.

Winter Harvested “Duck Shit Aroma” is the best candidate for super light oxidation, giving it a very green leaf with a fruity and floral aroma/taste and a creamy mouth-feel.

Alright, I’m back again. I’m still struggling with motivation it seems. When I do manage to get some free time, I never seem to want to do much on Steepster. Of course, I have also been in a generally terrible mood for like the last four or five months, so it’s probably a good thing that I don’t seek out any form of social interaction regularly. Anyway, that’s enough of me being a lazy sourpuss. Let’s get on to the tea review. This is another golden oldie of mine. I think I finished my pouch of this tea back in either January or February of this year. I found it to be an excellent winter Dancong oolong.

This was really not what I was expecting of a Ya Shi Xiang. I often find such teas grainy, gritty, nutty, and earthy, and while a lot of those characteristics were present, this tea emphasized floral, vegetal, fruity, and smooth, creamy qualities. It was incredibly easy to drink and very approachable. If I had not known this was a Ya Shi Xiang going into my review session, I doubt I would have been able to identify it. Overall, this was a great Dancong oolong. I could see a tea like this going over well with people who often find Dancong oolongs to be too astringent or too volatile in how they express themselves.