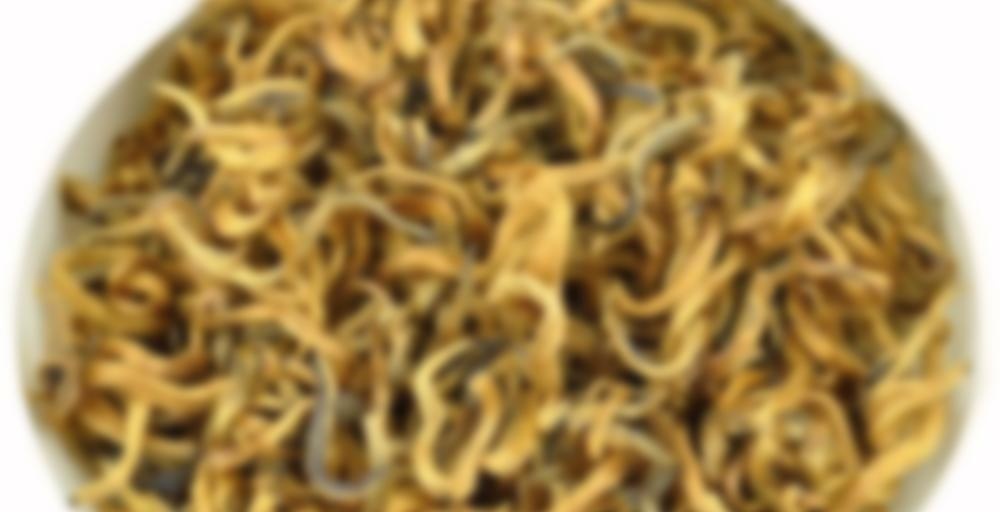 This rare and beautiful tea is crafted from spring harvested leaves plucked from established plantation bushes in the Mojiang area of Simao. The tea is carefully processed to keep its lovely appearance and guard its subtle sugarcane and malt flavors. This is an incredible and rare tea with an appearance and taste that will dazzle the drinker! Recommend using 85-90C water to brew this wonderful tea. Wash once briefly (5 seconds) and then drink the successive infusions. Keep infusion times very short initially!

Here is another black tea review. I figured I might as well post another before calling it a day. If I manage to make it back on here to post any other reviews before the end of the month, I’ll try to mix it up a little as I don’t want to ignore a couple of the oolong reviews I have remaining in my notebook. This was one of my more recent sipdowns. I think I finished the last of this tea sometime around the middle of last week. Overall, it was a very nice Yunnan black tea.

Prior to the rinse, the dry tea buds produced aromas of chocolate, marshmallow, malt, pine, and cinnamon. After the rinse, I noted new aromas of sugarcane, roasted peanut, plum, and honey. The first infusion introduced aromas of vanilla, maple candy, and baked bread. In the mouth, the tea liquor presented notes of chocolate, marshmallow, malt, cinnamon, pine, plum, and sugarcane that were backed by hints of vanilla, roasted peanut, baked bread, honey, and maple candy. The subsequent infusions brought out aromas of cream, earth, cooked green beans, butter, camphor, and eucalyptus. New notes of cream, butter, earth, grass, cooked green beans, sweet potato, caramel, minerals, orange zest, and toast appeared in the mouth along with stronger and more prominent vanilla and maple candy notes and hints of eucalyptus and camphor. As the tea faded, the liquor continued to offer notes of minerals, cream, vanilla, malt, earth, chocolate, marshmallow, and toast that were chased by hints of pine, roasted peanut, camphor, sweet potato, butter, and sugarcane.

As Yunnan black teas go, I found this one to be very sophisticated. It was also frequently much subtler than one would expect. I particularly appreciated that its bouquet did not always emphasize some of the more typical Yunnan black tea aromas. Also, what it expressed on the nose was reminiscent of but also not always wholly identical to what came out in the mouth, and this tendency made this tea a rather interesting drinking experience. In the end, this was an intriguing, refined, and highly enjoyable Yunnan black tea. Fans of such teas would likely get a pretty big kick out of it.