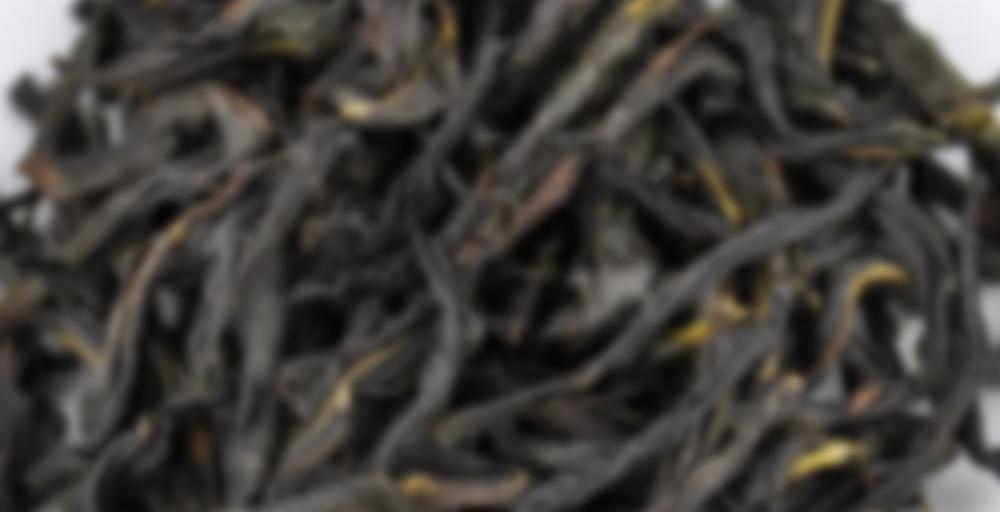 Ya Shi Xiang Dan Cong (aka Duck Shit Aroma) is a rare Dan Cong varietal grown in and around Ping Keng Tou village in the Phoenix Mountains outside of Chaozhou in Guangdong Province. This tea is from a 250 year old single bush tea! 400 grams in total.

Our single bush Duck Shit Oolong is the highest grade Dan Cong I have ever tasted. It’s indescribably complex. I was just utterly blown away when I tried this, and was equally impressed the 2nd, 3rd and 4th time I drank it. It’s a very rare tea and it’s worth trying. It is very expensive because it’s from one of the oldest trees in the whole area of Wu Dong Shan.

I only had ten grams of this tea to work with, thus I went ahead and polished it off simply to get through another Dancong before the end of the month. I finished it two days ago, and now that I have had some time to think about it, I have concluded that this was a more or less excellent Ya Shi Xiang Dancong oolong. My only quibbles with it were that I expected higher leaf quality (There was a lot of broken leaves in what I received.), and like many Dancong oolongs, it faded rather quickly.

Prior to the rinse, I was able to detect aromas of nectarine and honey accompanied by something of a clay-like earthiness. After the rinse, I found emerging aromas of cream, citrus, rose, peach, and orange blossom. The first proper infusion brought forth new aromas of vanilla and rock sugar. In the mouth, the tea liquor offered notes of cream, rose, nectarine, peach, orange blossom, and rock sugar with vegetal, herbal, and earthy underpinnings in the background. Subsequent infusions brought out more distinct notes of damp grass, watercress, cattail shoots, earth, anise, and caraway, as well as impressions of sweet orange, lemon zest, toast, roasted almond, minerals, toasted grain, rye, apricot, pear, lychee, and marshmallow. The later infusions offered lingering impressions of minerals, pear, cream, damp grass, and roasted almond with fleeting notes of lychee, toast, citrus, and rock sugar in the background. Curiously, there was a surprising, yancha-like hint of popcorn hull on several of the later infusions.

I’m quickly opening up to Ya Shi Xiang Dancongs, and to me, this one was a winner. While I would have liked to see leaf quality on par with that shown in Yunnan Sourcing’s photographs, this was still an extremely complex tea that offered a nice, smooth texture in the mouth and hardly any soapiness. I think Dancong fans would get a kick out of it.