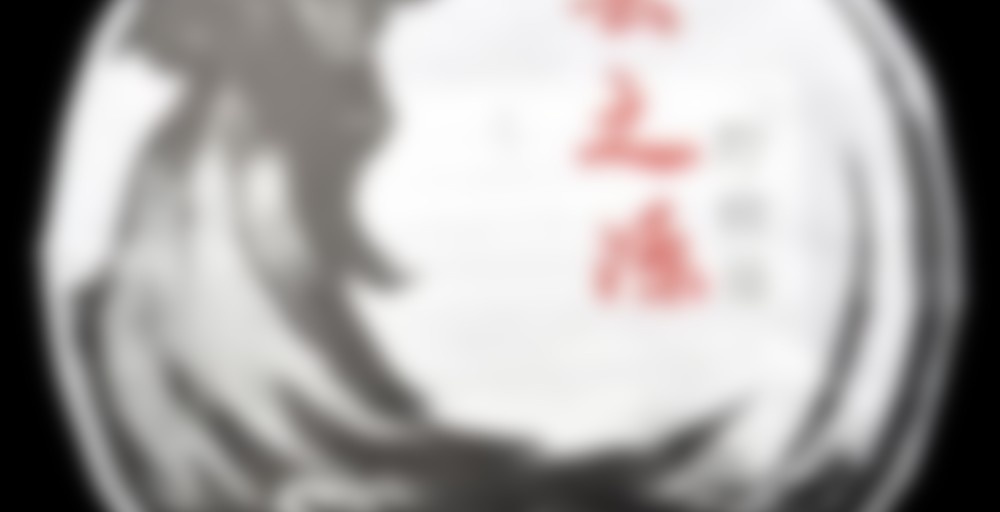 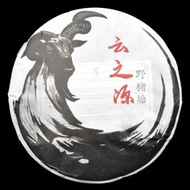 Ye Zhu Tang Village (lit. Wild Pig Pool) is small village about 5 miles to the north of Jinggu town and about two miles west (and uphill) from the Jinggu river. Ye Zhu Tang village is at about 1750 meters and the tea trees grow along a steep hillside between 1800-1900 meters. The tea trees grow naturally and aged 60 to 120 years.
Ye Zhu Tang Springtea is strong tasting, with a thick honey colored tea soup and a pungent granary, fruit and floral taste and aroma. There is a balanced bittersweet/astringent mouth-feel. Cha Qi is invigorating and kind-spirited.
Stone-pressed in the traditional manner.
400 grams per cake (7 cakes per bamboo tong)
80 kilograms in total

Exactly what Scott describes it as…Kind Spirited. Put me in such a great mood, made me appreciate nature and I had an awesome meditation.

Flavor: Taste is more to sweet slightly smoky side with mango peachy fruity notes rather than usual bitter astringent young sheng. There is substantial and lasting cooling.

I’m a little late on drinking these samples. However, I’m getting better at drinking more tea over the weekend, so I’m able to spend more time noting on/drinking the tea.

However, I didn’t get to take very many notes today while brewing this. I had my nephew over for a little bit, and he enjoyed a cup with his uncle (the company was appreciated). I talked to him about how there were sweet honey-esq notes, a mellow/soft floral note, and a very nice mouthfeel. Although he wasn’t able to say much more than “Too hot” or “Mmmmm,” it was still nice to have someone to enjoy a cup with, despite his being three. I may have a tea partner to enjoy teas with though in the near future. And that in itself is a wonderful thing. :)

Finally cracking into this sample at the end of a frustrating day. 7g to a 100 ml gaiwan, boiling water that has cooled for a minute, I wasn’t keeping too close an eye on temp. Aroma fresh off the rinse is pure just cut grass and standard young sheng with a slight hint of camphor lingering interestingly in the background somewhere. The leaf is an attractive darker olive green with some red edges on random leaves.

Brews up a liquor that is a darker gold and the taste more mild than I am used to from sheng this young. Not too bitter or astringent, although there is some drying action present. Intermediate steeps coaxes out a pleasant sweetness that is followed by that stealthy camphor cooling quality. Nice thickness, with a solid bit of mushroom-esque meatiness to the flavor. This tea wasn’t particularly outstanding in any way to my taste, but very solid all around and with that touch of camphor to grab the interest (I’d be curious to see how that develops with time) . Add in the happy and relaxing qi and I’d say this was a great way to wind down the last of the evening, although I may regret it when I try to sleep.

For my first raw pu-erh, I really enjoyed this. There is a slight astringent vegetal taste coupled with a mellow green tea taste. There is a slight bite in the mouth, but in an enjoyable amount. It is not too much or too little, but rather just right. There is also this ever so slightly smoky or woody undertone. It is very slight and hard to place, but it is definitely what seems to distinguish this for a more traditional green tea.

Decided to drink this sample because I saw some other people reviewing this tea recently. The leaves for this tea looked very nice. The dry leaves had a sweet aroma, and after a rinse they smelled like sweet spices to me, perhaps cloves/nutmeg. This tea seemed to take off pretty quickly, as the first steep was very thick and sweet, with a mostly floral character. After that, some intense vegetal notes mixed with the floral flavor for quite a few steeps. Slight bitterness which didn’t last particularly long. The body of this tea was pretty intense throughout. The tea also yielded many lighter floral steeps at the end. This was a pretty interesting one, and glad that I got to sample it.

Thank you Mr Mopar for this sample. I don’t know if it was me or the sample but this one started off with a sour note. There was not too much bitterness to it. I did develop that young sheng apricot sweetness in the later steeps once the sour note was history. Maybe this one would have been better at 190 degrees instead of at a full boil but I was using my Anta Pottery Clay Boiler which doesn’t do variable temperature at all. Once the sour note was history this was a fairly nice sheng. I probably won’t be motivated to buy this one but I’m glad to have sampled it.

I got this because of the crazy name of it.

Yes doesn’t it mean wild pig pool? The name of the village?

Yeah, I thought it was a catchy village name.

Check out the brewed leaf if you have time.

Very catchy name, if I ever own a ranch/farm I am stealing the name. Love the clay boiler! And also enjoyed this tea enough to get a cake.

Allan, im just watching the bubbles. based on their size i decide if its right temp. i try not to do full boil

It’s a very unique tea. I’m inclined to think the name is actually a sinification of the original name from one of Yunnan’s many ethnic minorities. For instance, Mang fei literally translates as “busy lung”.

I liked this one.

After drinking two different parts of this beauty, I’m confident in saying this cake will pass its exam in a few years with an A+

The top layer, https://www.instagram.com/p/BDE0VoMRYMF/, is insanely beautiful leaf. YS will probably see a few of these moving as I have dedicated my whole cake (less the beenghole!) to sending out to those looking for a new and good sheng. Currently I’m at 13 people, but what’s funny is two Steepster friends have sent me some too :P

Picking from the beenghole and drinking some of it… not too much different. The liquid is begging to become thick, you can almost taste the viscosity talking to your mouth. Not sure if that develops over time, but it would be nice. After shock, which is what I’m calling it, hits the tongue only leaving behind a pucker; the only downfall right now, but it’s still a baby or a toddler right?
Taste wise: Somewhat of a half roasted mixture of vegetables going on that I am unable to put my finger on because that tongue pucker makes it hard to revist any taste just experienced.
The qi from this tea is legit though. Feeling real good, but not good enough to fly… damn, I really want to be able to fly. I’ve been watching Young Justice and Superboy can’t fly… I feel like him, powerful and unable to die but unable to fly.

The suns going down.Oh this was a fun review, oh yea… back to Slack / teachat

This tea or this review :P…

Both. Any tea called ‘Wild Pig Pool’ is worth it just to try.

I finally found the time to properly review this after drinking it for the last 2 days.
I let this one sit a while as it had a 5 week trip to me.
I got a little over 10 grams out to start and gave a quick rinse. The initial aroma has a slight floral note to it. The tea itself brews a slight amber golden in the cup. The first sips come in full in the front part of the mouth with some slight bitterness that fades into an edamame or fresh picked snow pea note.
Sipping the tea and holding it a few seconds the thickness comes in and the tea has a stronger bitter note. A few minutes after drinking this you can still feel the pucker factor going on.
I looked through some of the spent leaves and found good full leaf with thick veins on many of them. The bitter isn’t like a young tree bitter but quite a bit softer and subdued. The tea is a softer tea that would be a good intro easing someone into a stronger more bitter tea. A starter as some would say.
I brewed this in a 230 ml shiboridashi as this has become a favorite brew vessel lately.

Packed my small gaiwan with about 5-6 grams of this tea. The first brew yielded a blast of sugar cane sweetness, huge florality, and a nice mangosteen note. the next two brews ramped up the bitterness with a thick mouth feel and minerality. The aftertaste is thick and sweet causing lots of salivation. Lots of cooling in the throat and good re-welling of sweetness up the throat. 5-8 brews saw a drop in bitterness, with a more creamy body taking hold, as well as a return of more fruity notes in the ball park of candied citruses.

A very enjoyable young sheng, even in the dead of winter, a bit thicker and darker then expected for its youth.

For me it was insipid, I tried Yixing and Gaiwan. The color was yellow and a bit of green. I Liked more the 2015 “Bang Dong” Yunnan Sourcing . I simply don’t know how other guys here in steepster got orange color out of this tea… I did not get fruity hints like other young sheng out there, only vegetal, but in general insipid.