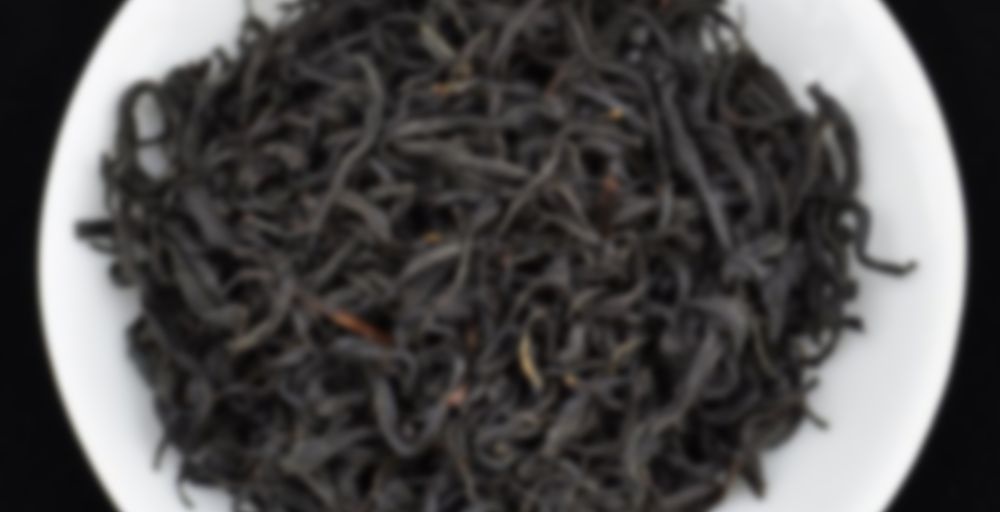 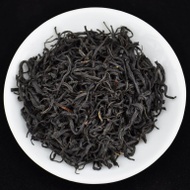 Our offering is processed in traditional style and carries notes dark chocolate taste and aroma with a sweet after-finish.

This is not a smoky “Zheng Shan Xiao Zhong” and should not be confused with the smoky type “Lapsang Souchong”!

mmmmm…this has grown on me every time i have it. There’s enough for another little cup but i’m passing that on to Cavocorax since i think she might enjoy this one and it’s always fun to share! :)

thanks for sending this in the BBB Box terri!

This was the first of the YS teas I totally polished off. I need to get MOAR, for sure! And they take Playpal, so it’s happening soon…I’ll get enough to share again :)

In truth, I think I still have at least 2 more teas left to share with you guys from the last YS order, haha

I just pulled this out right now to drink! :O Thanks for sharing, you guys!
(I totally didn’t notice you drank it earlier – I picked it because it was a one-cup baggie!)

God, this stuff is good! It’s not the smokey lapsang type, but just a super rich dark chocolate thick mouthed roasty cup of YUM!
I made a cup this morning to drink en route to the wedding. Now I’m having a second cup before heading out into the garden for an hour. It’s such a beautiful day in this neighborhood!
I’m also drinking it to make Sil jeolous ;)

I was about to save it to my wish list, when I discovered that I had already done that after your first review of this tea :)

NofarS – I do that all the time.

lesigh i am always jealous of you terri…

Nofar, as I recall, I was suppose to be sending you some Kenyan Kaproret from the London Tearoom. I can include some of this too…

It smells so dark and rich, and I probably shouldn’t be drinking it at 11, but I’ve got more Supernatural episodes I’d like to watch.

It’s very rich with a lot of cocoa notes and maybe some oak? It’s not as sweet as I had expected, but ti’s still very nice. It makes me think of Laoshan Black, although I couldn’t quite say what the difference is.

I could watch Supernatural 24/7. I haven’t seen seasons 4&5 yet. I’ll feel like I have no new episodes to watch except for, you know, new episodes.

Did you watch them all except for 4&5?

I hate it when I’m all caught up on a new show and have to wait for new eps just like everyone else… I think I have 113 episodes to go before I run out though so I’m less worried about that with Supernatural. I’m just trying to watch what I can while I’m still unemployed – I don’t’ know when/if I’ll get a new job so I want to watch them while I still have time. (And when the toddler will allow me!)

Tony & I started watching supernatural this weekend, of course, we’re in the middle of season 1

I find that it really picks up more in Season Two, but that’s because I’m more interested in the metaplot than I am the monsters of the week.

i need to go back and start watching this again… maybe I can start on weekends when ian’s working. just blow through seasons in a day

YUM!!!! Got this from Terri Harplady in the BBBB and it is absolutely delicious! Made it in the gaiwan and enjoyed about 5 steeps before it started to lose the robust flavor. This is seriously good. Thanks Terri!

bwahaahaha we both drank this this afternoon haha

Too bad I didn’t drink it today also…oh wait…I drank it all already…damn! Time for another YS order I guess!

LOL NO TERRI NO!

Oh this is really really tasty! Thanks so much for sharing, Dexter.

:P I don’t know that I’d buy it actually. It’s tasty but I prefer the golden snails flavours for every day drinking. And what happens when my taste and smell are back and it tastes like dirt? :D

Another Nicole (and possibly boychik) tea! This looks quite similar to the Yi Mei Ren I had earlier today, but the leaves are thinner. Same jet black spindly texture though. Spider legs! Their dry scent is very mild, I think it’s probably because the tea has been in a clear resealable bag for a while, so most of the scent is gone. Smells lightly of honey, malt, and raisin. I brewed for 3 minutes.

The aroma is very chocolaty, which I was not expecting! There’s also quite a bit of malt along with honey, molasses, and raisin notes. As soon as I taste this, I notice that it has that fennel seed-like spice note, and quite a bit of it. It’s interesting because the other two teas I’ve had with a similar flavor are both Yunnan, while this is a Fujian tea. I wonder why that is… Anyway, the flavor is very malty and deep with molasses adding a background richness, but not sweetness. This tea is definitely quite savory. I don’t get as much cocoa as I would expect from the aroma, but it’s there a little bit. I would describe it as roasted cacao nibs.

Definitely an interesting and enjoyable tea. I find myself wanting to go eat some spices until I find out exactly what that herbaceous spice note is!

Also, no one else mentioned the spice in their notes… But I found it extremely obvious. Is that weird or what?

I love this one, it is hoard worthy, LOL.
Fennel, eh? I’ll have to think about that on my next steeping…

Another lovely tea from Terri :D

Had another crazy busy weekend! Back at work now and very glad for strong teas to drink…

This one I did a real long steep on…OMG SO rich and dark and cocoa-licious. No astringency. It reminds me of Laoshan Black without the creamy/beany element. Very tasty! Hoping I can get a 2nd and maybe 3rd steep despite my long first steep :)

Oh, I got some of this from Terri as well, now I can’t wait to try!

I just ordered some more of this for me & Sil. Totally hoard worthy.

This is generous sample i got from Terri HarpLady- thank you.
I made it western style 1tsp, 205F 8oz 3min
This tea is soo good. its sweet, malty, multigrain bread. it has Fijian dark chocolate notes as well. this type of tea i’ll never be tired of drinking. it goes on my every day growing shopping list for Yunnan Sourcing. 100% order.
Once i get more of it i will try gongfu style.
Thank you so much Terri for including this sample. i really enjoyed this tea

Their selection is so huge, I’m afraid to get “caught” inside their website and never be able to come out, lol!

true. But you should follow Terri’s cupboard. thats what i do;)

Terri for blacks
mrmopar for shu and sheng

Haha! I agree! I’m awaiting a box from Terri, I bet it’ll be easier to make my selection once I have tried a few for myself…

ooh she sent me that one true. Must try!!!

I find their Yi Mei Ren black pretty similar (and similarly great), if you haven’t tried that one yet, a bit less roasty and a bit more sweet, but still in the same family i think.

i have to try that too. thanks for recommending, im gonna pay attention to it while sampling

I picked this one up when Yunnan Sourcing was having a sale, I believe it was in December, but hadn’t tried it until tonight. So, so, so good. It tasted like Cheerios and chocolate, both in the best ways imaginable. I’m glad I finally tried this tea. It will be difficult not to drink it up fast!

(While searching for when the sale was, I noticed that Yunnan Sourcing sells tea via Amazon??? Has anyone here ever purchased tea from them that way?)

oh man i adored this one… so on my wishlist to buy more of later!

I can send you some! I also realized, of course after sending your tea to you,
that I have a few other things on your wishlist…