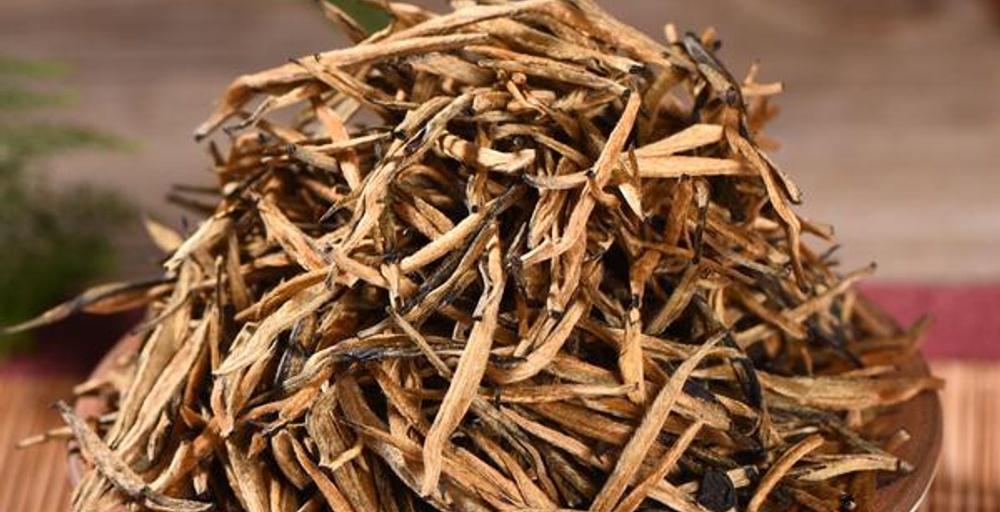 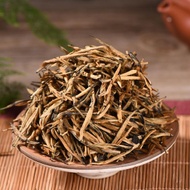 by Yunnan Sourcing US
83
You

From Yunnan Sourcing US

Autumn 2016 harvest, picked from tea plants growing in Ning’Er county in Simao prefecture. Only the bud shoots were picked. The tea is lightly wilted and processed to keep it’s delicate taste and appearance intact. A kind of chocolate and malt taste comes from the brewed gold-orange tea soup. Aroma is thick and sweet. An enjoyable experience comes from the aroma, flavor and appearance of this lovely tea.

About Yunnan Sourcing US View company

Another single serving of tea I removed from the Discovery tea box. I really had to look for those single servings in their own pouches so I would actually have room to add teas to the tea box. The leaves here are like those sickle shapes. I was a little worried that they wouldn’t have too much flavor, since the counterpart white tea that looks like these leaves also never has much flavor. But the flavor is fine enough. Light on flavor, yet complex for what is there. The mellow gold brew has flavors of sweet potato, plenty sweetness. The second steep at just boiled is even more deeper, even more sweet sweet potato flavor. I haven’t actually had this type of leaf yet from YS, so it’s a nice tea box find. This is like a not-too-light, not-too-dark black tea. It’s nice for a change of pace when I’m drinking black tea after black tea after black tea. My poor other teas are so neglected from my black tea addiction.
Steep #1 // 1 1/2 teaspoons for a full mug// 23 minutes after boiling // 3 minute steep
Steep #2 // just boiled // 3 minute steep

Another of the teas I finished during my recent hong cha binge, I originally purchased this tea to make up for the fact that I missed out on a similar tea from another seller. When Whispering Pines Tea Company introduced an imperial gold needle dian hong, I kept balking at the opportunity to purchase some. I figured that it probably wouldn’t sell out quickly, so there was a good chance I could still get a pouch when the prices dropped or during a sale. Unfortunately, that didn’t happen. When I finally decided to pull the trigger, I discovered that the tea was out of stock. Shortly thereafter, I discovered this tea on the Yunnan Sourcing US website. It seemed similar, so I figured I would order some and try it to make up for missing out on the other. No disrespect to the Whispering Pines tea (which I still haven’t tried, by the way), but I probably should have just opted to go with this one first.

Prior to the rinse, the dry tea leaves produced aromas of baked bread, malt, and honey. The rinse released new aromas of smoke, caramel, and baked sweet potato. The first proper infusion produced a near identical bouquet. In the mouth, the liquor offered incredibly slight, delicate notes of baked bread, honey, malt, and caramel underscored by a hint of butter. Subsequent infusions brought out the baked sweet potato impressions, while butter appeared on the nose and started to really pop in the mouth. I also noted that a slight smokiness made its way to the palate. The baked bread notes started to gradually transform into yeast roll impressions. New notes of orange zest, vanilla, brown sugar, chocolate, pine, eucalyptus, fennel, roasted peanut, roasted chestnut, marzipan, camphor, menthol, and minerals appeared as well. The later infusions mostly featured notes of minerals and malt balanced by a cooling herbal presence, a slight breadiness, and a touch of brown sugar sweetness.

A very nice and very complex dian hong, this made for a truly lovely drinking experience. I loved the way the aroma and flavor components kept shifting and changing. My experience also suggested that this tea had more than respectable longevity. I’m not sure if I would recommend this to dian hong neophytes considering that I found it to be the sort of tea that actively encourages quiet analysis and contemplation, but I would definitely recommend it highly to experienced dian hong drinkers.

This relative hong cha neophyte really liked the spring 2016 version of this tea, though I didn’t pick up on all the nuances. I need to remember to get more in 2018!