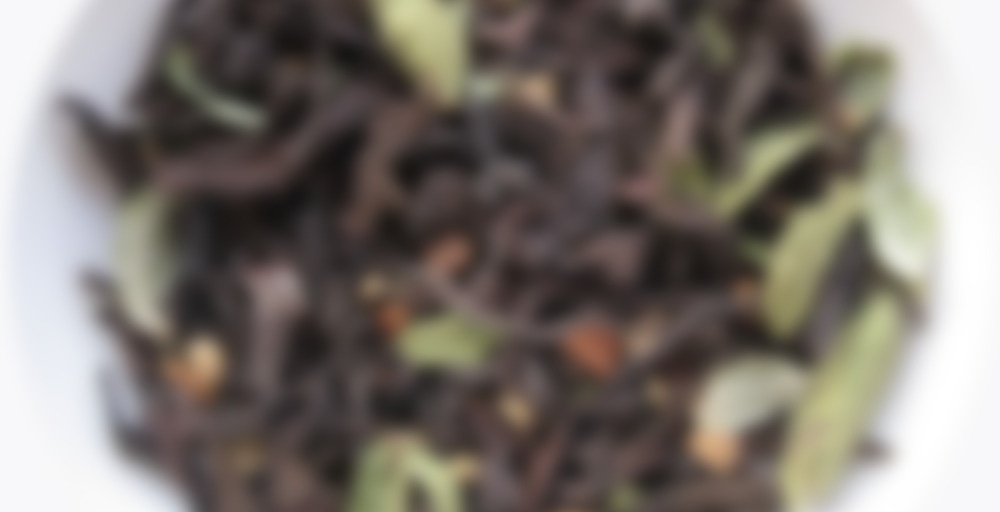 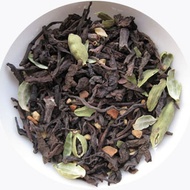 by Yogic Chai
79
You

- Puerh Tea: A semi-fermented type of tea with an earthly flavor, Pu-erh is full of health benefits! Drinking Pu-erh regularly can lower LDL (bad) cholesterol, which is probably why it is traditionally drank after fatty meals

In traditional Chinese medicine, Pu-erh is known to invigorate the spleen and inhibit “dampness.” In the stomach, it is believed to reduce heat. This translate to the effectiveness of pu-erh to speed up the digestive functioning and the ability to help transform foods into energy without generating excess of Heat.

The combination of Pu-erh Tea and the spices on this blend, makes a perfect concoction for those with a weak digestion

- Cinnamon: This warming spice is traditionally used in cold formulas as an expectorant and diaphoretic.* Due to its warming property, cinnamon is known to promotes digestion.*

This was a nice and interesting change. I added a tiny bit of coconut sugar and some coconut milk powder to this to make it milky. The puerh made for a nice, earthy, solid cup of chai. I love the balance of spices that Yogic Chai uses, so it was pretty much a guaranteed success.

Also, it made my kitchen smell awesome!

I worked for years to find just the right base for my roasted butternut squash/chai pumpkin soup, trying to find the perfect balance of roasted autumn squash flavors, chai spices, and tea, where all the flavors could co-exist and layer in the mouth. Assams, Ceylon, Darjeeling, Keemun, Lapsang, bohea…on and on….then one day I stumbled upon the combination of tou cho pu erh and chai spices, fresh shreaded ginger, and brown sugar and wham! Squash chai synergy….with no “pumpkin pie mock flavor” or ‘chai’ dominance…fantastic that you have found this

Wow! That sounds phenomenal. I improvised my first squash soup this week (with buttercup squash, coconut milk, and dashes of nutmeg/cinnamon/tumeric). It was absolutely delicious, so I can’t even imagine how good something with such a finely-tuned base must be! If you feel inclined to share your recipe (if you have one), I’d love to see it.

i will be happy to pass it on

First Steep:
Lots of raw fresh fish nodes on the inhale. Can’t really smell the spicy chai.
Tastes almost entirely spicy chai with a certain earthiness which is suspect is the pu erh coming through.
color very dark, even for a 15-20 second steep

Second Steep:
This is more of a baked tilapia scent (very faint baked fish smell) with a certain underlying sweetness
Taste: much sweeter chai flavor, not as much spice, with a few mellow earthy nodes, and that fishy taste in the back of your mouth about 30 seconds after a sip… mmmm
Color: almost coffee black, steeped for about 30-45 seconds

Third Steep:
Smell: here comes back that nice raw fish smell accompanied with a very nice spicy scent. they tango very well.
Taste: the chai taste overall on this steep is starting to decline and is instead being taken over by that wonderful earthiness, and as this steep gets a little cooler, I can taste more of that fermented/fishy/whatever earthy taste it is.
color: still very dark brown and heavy for a 45sec-1 min steep

this is where I took a small break to vape on my e-cig… definitely affects the flavor of my juice… very interesting to say the least.

Fourth steep:
Smell: lots of chai on this one. dat fish smell sort of takes a backseat on this steep
Taste: more fishiness, but also the spice from the chai is coming back out
color: almost just as black as the second steep, looks like I’m going to be able to steep this a few more times.

This tea has outlasted my patience in writing a review.
All in all, this tea blew my socks off for it being my first pu erh. The spicy/sweet chai and the what I’m guessing is pu erh flavor take turns coming in and out in between steeps.

I’m hoping other pu erhs are like this even heavier in the mouth feel and scent/flavor. I didn’t think I was going to enjoy the fishy-ness that I’ve read about at first, but to my surprise I really liked it. sorta sad I only got an ounce of this to try out.