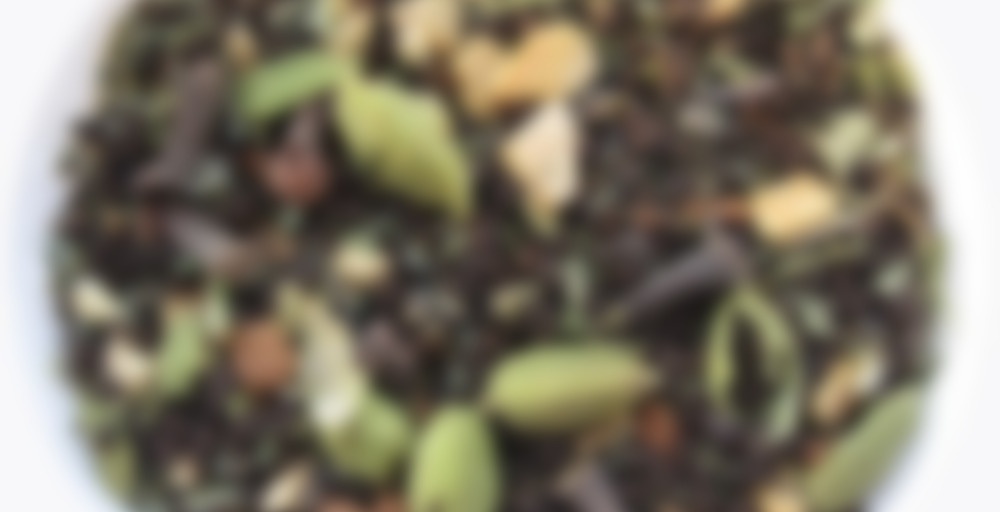 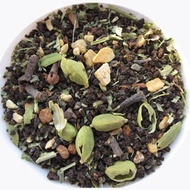 by Yogic Chai
79
You

- CTC BOP Assam Tea (black Tea): Black tea is a variety of tea that is more oxidized than the green, oolong and white varieties. All four varieties are made from leaves of Camellia sinensis. Black tea is generally stronger in flavor and contains more caffeine than the less oxidized teas.

All our Black Chai blends are made with Organic & Fair Trade CTC BOP Assam tea as a base. CTC stands for Cut, Tear & Curled and BOP for Broken Orange Pekoe.

It is the most used tea in India, not because it is less expensive than a SFTGFOP or Super Fine Tippy Golden Flowery Orange Pekoe (I bet you can repeat that 10 times without messing up!) but because it brews a rich & strong cup of tea that blends perfectly well with spices, milk and sweetener.

- Cinnamon: This warming spice is traditionally used in cold formulas as an expectorant and diaphoretic (sweat inducing).* Due to its warming property, cinnamon is known to promote digestion.*

- Tulsi (Holy Basil) Holy Basil is commonly grown in Hindu homes and it is a sacred plant in the Hindu religion. In fact a Hindu household is considered incomplete if there is not a Tulsi plant in the courtyard.

Holy Basil has been used for thousands of years as a prime herb in ayurvedic treatment, and is mentioned in the Charak Samhita (the central teaching of ayurvedic medicine) which was written at least two thousand years ago.

In Ayurvedic Medicine, it is used to fight common colds and flu. It is known to promote mental clarity, which is one of the reason why is used by Yogis to enhance their meditation practices. It is also considered an adaptogen, which means that it assists the body adapt to stress (environmental, physical, or chemical), restore balance in the body, and normalize body functions.*

NOT RECOMMENDED FOR USED IF PREGNANT, NURSING (known to be an anti-galactogogue), OR ARE CONSIDERING BECOMING PREGNANT (may have anti-fertility effect)

This is a yummy chai – but then I expect nothing less from Yogic Chai. I don’t know that the Tulsi adds a tremendous amount of flavor to the cup, although I can taste a distinct mint-like note, especially in the aftertaste. It doesn’t influence the flavor heavily, though, but I do like the crisp, refreshing note that it does add.

I like Yogic Chai with or without milk… it is just really good chai.