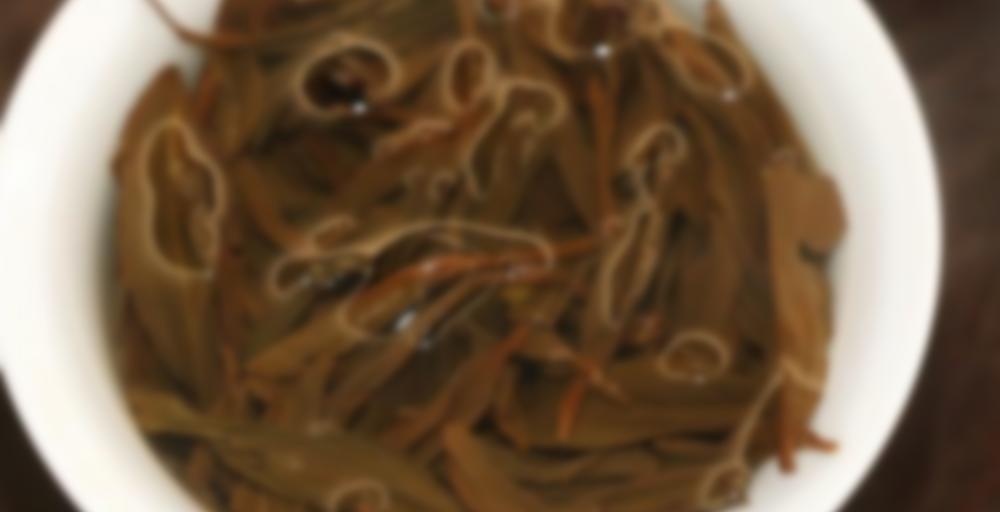 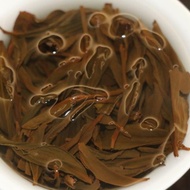 by Wuyi Origin
80
You

Location: Tong mu guan gua duan village (about 1400m height)
Harvest date: 2017.5.20h
Cultivar: Wuyi Cai cha Cultivar
Feature: this graden tea bushes are too old ,and in the early spring ,very very little buds coming out .so we picked them late by Lapsang souchong picking standard. The leaves are bigger than the normal lapsang souchong , it is like wuyi Rock tea ’appearance . We baked it by traditional charcoal fire baking also (normal all our black tea were baked by machines) ,two times lightly baking ,no smoke left in the tea .This pile lapsang souchong is quite deep and woody ,bomboo smell also .

Here is a review for another fairly recent sipdown of mine. I finished the last of this tea prior to attending a concert with one of my best friends last week. The concert was pretty good. It was Harm’s Way, Hate Eternal, and Cannibal Corpse in Lexington, KY. Aside from Harm’s Way really sucking hard (unless you’re into tough guy metallic hardcore with some groove metal and superficial industrial elements), the rest of the show was great, even though it was a brutally cold, snowy night and the mosh pit got way too rough and rowdy. I am pretty sure that this tea kept me awake during the proceedings since I was exhausted, slightly sick due to sinusitis, and had to endure a very lengthy, taxing drive to get to my friend’s house prior to attending this shindig. Anyway, getting back on track here, my appreciation of this tea grew considerably as I worked my way through what I had of it. This was a Tong Mu Guan old tree black tea, one that was even subtler and more richly textured than most. Generally, I am more about Wuyi black teas that are bigger on aroma and flavor, so I tend to appreciate many of these texture-heavy old tree black teas more than I tend to outright enjoy them, but in the end, I came to love this one.

Prior to the rinse, the dry tea leaves (this tea was produced from an absolutely fantastic picking, by the way) emitted aromas of straw, honey, blueberry, blackberry, pine, and stone fruit. After the rinse, I noted new aromas of roasted peanut and roasted almond that were underscored by subtler scents of grass and smoke. The first infusion did not offer anything new on the nose aside from slightly stronger grass and smoke undertones. In the mouth, the tea liquor presented notes of straw, pine, honey, blueberry, and blackberry that were chased by impressions of roasted almond and roasted peanut along with some hints of grass, citrus, and smoke. The subsequent infusions brought out aromas of citrus, bamboo, rose, roasted chestnut, malt, and baked bread. Impressions of orange, cedar, rose, cherry, beeswax, roasted chestnut, roasted walnut, cream, golden raisin, bamboo, brown sugar, malt, and baked bread appeared in the mouth along with subtle hints of grass and cinnamon. By the end of my review session, I could still detect notes of minerals, golden raisin, baked bread, malt, and straw that were chased by hints of orange, pine, bamboo, and roasted chestnut.

This was a ridiculously sophisticated, layered black tea that demonstrated tremendous restraint despite its almost over-the-top complexity and depth. Like the other Tong Mu old tree black teas I have tried, it consistently emphasized its mineral-heavy texture over its flavor components, meaning that I had to push myself to determine what was going on for me flavorwise. Just to be clear, teas like this are, in my mind, more meant for patient, measured, highly focused sipping than any form of quick, easy consumption as they require time, patience, and effort to appreciate. In my opinion, this tea was more challenging than your normal Tong Mu old tree black, but it had more to offer and thus a considerably larger payoff for the drinker. In the end, all I can really offer is that I found this to be a more or less great black tea, but it was something of a challenge. I would recommend it to anyone who has tried a number of similar teas and is looking for something more advanced.

What a wonderful review.

I agree, Derk. This should be framed hehe.

It’s an awesome idea though!