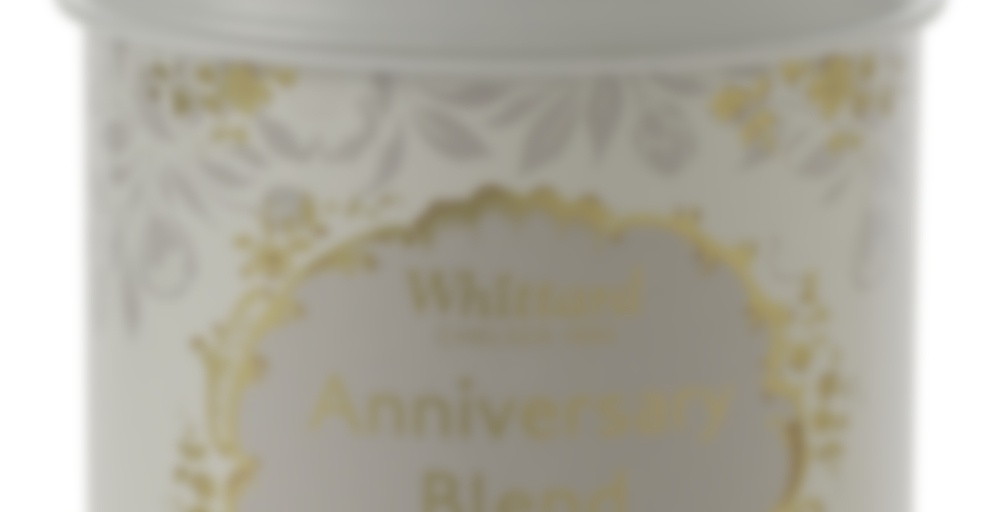 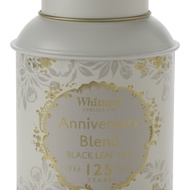 by Whittard of Chelsea
74
You

Loose Anniversary Tea is a special blend of the finest Himalayan Darjeeling tea and malty Assam which offers a muscatel character. This black tea is strong but still smooth, with a nutty edge to its great taste.

I’m skipping the queue with this one. I’ll do a queued post later, probably. I think I obtained it from the EU travelling teabox, the teas from which I mysteriously didn’t number and note in my notebook like I normally do. I used all the leaf I had on one enormous pot, which I then decanted into a second pre-warmed pot, so I’ve been drinking this all morning. I’ve had an electrician round this morning to fix a few things on the house. Some sockets that didn’t work and a cable on the outside which originally supplied the out-building that the previous owners tore down. This cable just ended in a plastic bag in the crawl-space under the house and turned out to actually be live! When selling houses in Denmark, it’s mandatory to have an inspector round to go through the house and grade all the faults and things for severity, and you also have an electrician around to inspect the electrical installations. The electrician that inspected here put that cable down as something that needed to be looked at more closely. Why he didn’t say that it needed fixing NOW as it was extremely dangerous is beyond me. I’m fairly certain having live cables just end in a plastic bag like that is probably wildly illegal… Oh well. It’s not live anymore and the electrician can easily just change it back if we decide we want to use it for something.

At any rate, I didn’t know for how long he would need to turn the electricity off for the whole house, hence the jolly big pot of tea made in advance. Provisions, you see! Turns out he only needed to turn it off twice for maybe ten minutes at the time or so, and all the work he had to do took about an hour, but I wasn’t to know that.

So back to the tea.

This is a blend of Darjeeling and Assam, and I can definitely taste the high-grown-ness of the Darjeeling. There’s a whiff of unmistakable flower-y dry grass in here. It’s not actually unpleasant though, like it frequently is for me in a pure Darj, so I imagine that it’s tempered by the Assam. I wouldn’t have guessed Assam myself from the taste, though, but I can definitely tell that there’s something stronger and with more oomph than your average Darjeeling.

All in all, it’s actually a surprisingly pleasant blend. Quite sweet and smooth too. However, it also tastes fairly anonymous. It’s a nice blend to drink while puttering about the house trying to entertain oneself in the morning with something that is vaguely productive but not requiring a lot of light or electricity. It’s not really a blend that invites me to try and analyse the flavour in depth. It merely wants to be drunk.

Okay, I can handle that.

(Also, tea cozy that I got for Christmas last year and hardly ever use appears to be surprisingly effective in combination with a pre-heated China pot. It’s kept the brew suitably warm for nearly two hours now!)

This is a lovely blend. I received this sample a while ago so I think it is not as strong of a flavor as it is originally meant to be. This is a nice black tea blend that does well without additives. It has a certain warmth to it as well as a slight fruity and sweet backdrop. Good tea with some mild astringency.

A bit on the strong side, but only light astringancy. couldnt help but taste blueberry?!? Decent black with a light punch ^^

Boiling 2 min, 0 sec
Yours I Like This
3 likes
0 comments
Edit

It’s a shame that this tea is a limited edition! The blend of Darjeeling and Assam is truly lovely. I was worried that this tea would be bitter but it isn’t at all. The taste of the tea isn’t heavy at all, although it is strong. It is much lighter than a standard English breakfast tea.