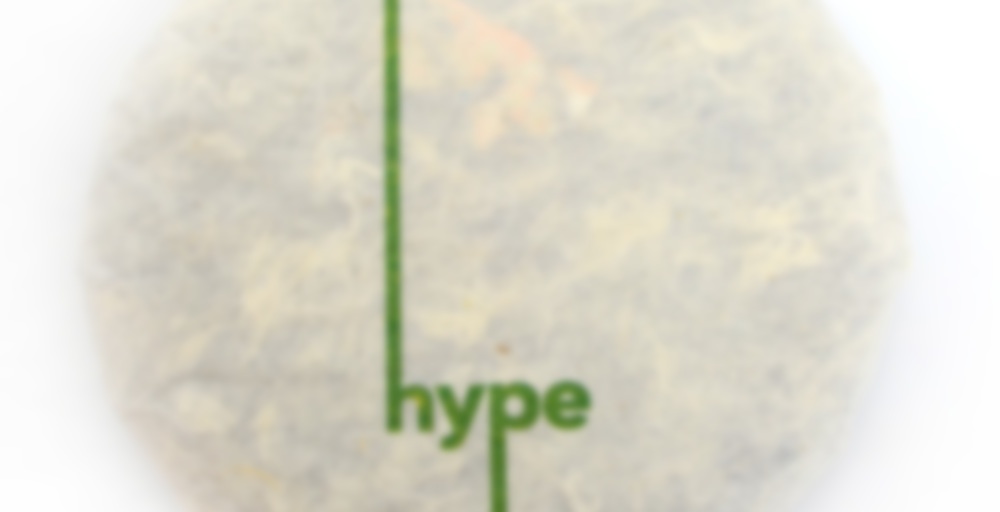 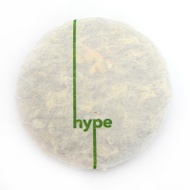 A full 200g cake of this tea will be featured in our June tea club. Join before May 31st to be a part of the club!

The latest version of our lauded 2018 Green Hype. The 2019 Green Hype has a significant amount of aged material in the blend to smooth it out from the start. A formidable thickness and full bodied mouthfeel with an intense huigan [the lingering sweetness in the mouth after drinking a tea]. Excellent daily drinking raw Puer with plenty of intrigue and character to keep you engaged from cup to cup. Age or chug immediately as you please.

forgot about the hint of smoke, like this cake a lot. subtle sweetness throughout, a little astringent, pretty vegetal in early steeps, complex bitterness. punches above its weight imo

Semi-aged raw pu-erh. Smoky and astringent at first, which gives way to bitterness and then sweetness over a few steeps. Super complex and exemplifies the strengths of gong-fu style brewing.

Best sheng i’ve tried from white2tea so far. The smell of the wet leaves is honey, floral, slightly smokey and maybe even slightly fruity. The cake is blended from semi aged raw puer, so it isn’t too powerful like a young one. The tea tastes nice and complex and the bitterness comes only in the aftertaste with a nice mouthfeel. I cant really explain the flavour, but for anyone who is interested in raw puer I suggest you to try it!

Beginning with steep one, the color of this tea resembled a deeper gold than most young shengs its age. The flavor immediately hit hard, with an aggressive smokiness that brought hefty astringency with it, along with a bit of a vegetal taste. Encapsulated in this was a sweetness that crept up from under my tongue, and lingered. A honey-like underlying taste was present, but was buried in the deep body.

As the steeps developed up to the third and fourth, any vegetal tastes turned into earthy ones. A distinct hint of aged material began to come through as well, but with none of the tame qualities that aged sheng has. The light sweetness continued to shine through, but had a hard time getting through the bitterness and astringency that continued to develop and amplify. The bitterness shouldn’t be feared though, as it had no negative mouthfeel, just a bitter taste. This is something very familiar to good raw puers. After steep four, starting with the middle of my tongue, the bitterness began to plateau.

From steeps five to seven, the tea gave it’s final fights. The sweetness in the tea, when it wasn’t lingering, was still something that needed to be worked towards, as it was shrouded in such a hearty-bodied woody / smokey flavor. By steep seven though, the boldness of the brew began to curb, signaling the end of this tea’s power through steeps.

Between steeps 8 and 12, the liquor thinned and sweetened. While this isn’t unusual for many shengs, it didn’t present this entirely independently; the astringency of previous steeps was so strong, that this stripped-away sweetness towards the end of this brew was still contested by bold smokiness from the earlier steeps. Finishing off the tea, I was left with a resonating sweetness, but a dry mouth.

In conclusion, this tea is a great example of money going towards complexity rather than feel-good taste. It’s intricate, changing, and rewarding for continuing through the steeps, even if just to see how the flavors interact with each other. This tea is too young to say if I’d enjoy drinking it’s bold progression daily, but at $38, it’s an excellent price for a daily drinker, and I enjoyed last years Green Hype very much as well.