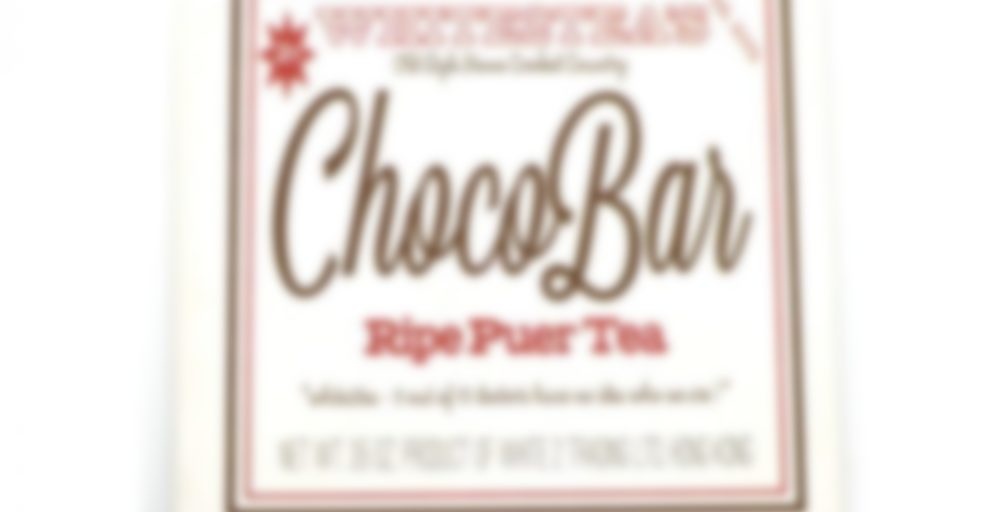 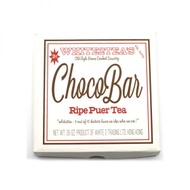 The 2016 ChocoBar Ripe Puer is a 100g brick, with a shape that is easily breakable for convenient brewing.
The brick is a blend of daily drinker ripe Puer. Smooth and rich tea for no fuss tea brewing on the go, at the office, or at home.

This is a queued tasting note.

Many thanks to Veck for passing along two of these bricks for me to try out during the Slack Secret Santa exchange! I actually almost ordered this for myself during Black Friday but opted not to at the last minute; so this is kind of the best of both worlds! Sampling without actually purchasing!

I weighed out the first of the mini bricks and it was 7.7g which is pretty perfect for a session so I just went with that. I took jot notes down in my journal throughout, and just had a small playlist going on repeat in the background of songs I was both in the mood for and that I preemptively thought might pair nicely.

Started with a five second rinse and then a rest…

5 Sec.
- Very light liquor
- Super faint notes of earth but no lingering notes of any kind

5 Sec.
- Already seeing a huge jump in liquor colour
- Has a clean earthiness (as much as ‘earth’ can be clean)
- Some surprising fruit sweetness like that of stewed fruits or even dates

10 Sec.
- Liquor/leaf has an almost “salted meat”/gamey sort of aroma??
- Liquor is like the last steep but stronger
- Top note has some of that same salty/meaty quality though; it’s strange

10 Sec.
- And just like that the saltyness is gone??
- Wet wood/earth/petrichor and the same stewed/cooked fruit and dates
- Bit of a molasses undertone
- Really smooth!

15 Sec.
- Mellowing out just slightly
- Back to a more “clean” earthy note
- With some more generic fruit notes and cane sugar; the latter is interesting to me

20 Sec.
- Liquor colour declining a bit
- Basically a repeat of last steep
- Enjoying the sweetness of this shou a lot though

25 Sec.
- Shifted the leaf around prior to the steep and saw a reemergence of salt notes???
- Still puzzled by the sporatic presence of this flavour
– Lots of sweetness in the top notes still though

35 Sec.
- Still some salt but not nearly as much; otherwise the same

60 Sec.
- Mostly just a sort of “crisp” earth note but also some wet wood notes
- So light/noticeably fading though

…And it was at this point I looked at the clock and saw that it was nearing eleven at night and I had to get up at 6:30 the next morning. Since the tea was mostly brewed out anyway, I just ended the session. Let me tell you though, I paid for the caffeine consumption so late at night though because I finally managed to get to sleep sometime after two in the morning after hours of tossing and turning in bed. The session was worth it though. Sure, some odd notes were picked up throughout salt but overall it was really nice. My favourite thing about this one was the date notes, for sure.