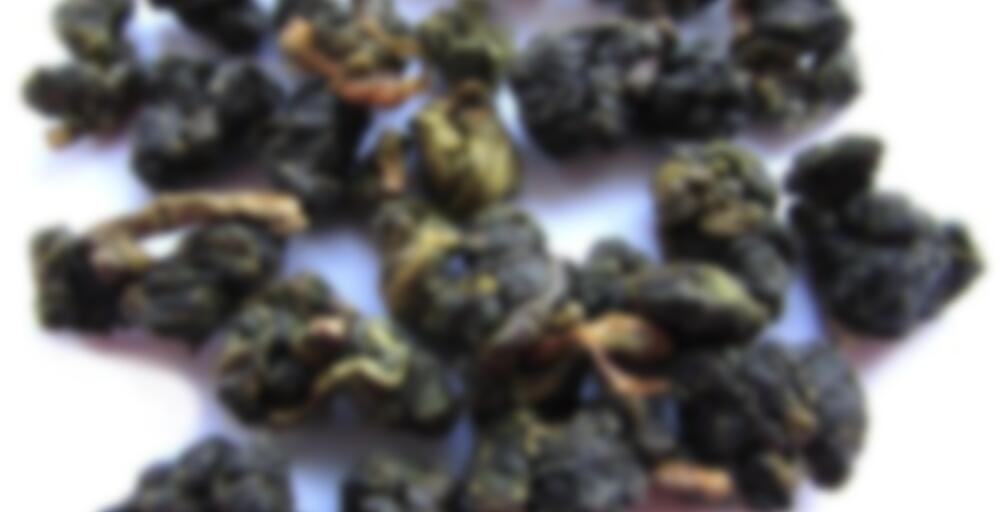 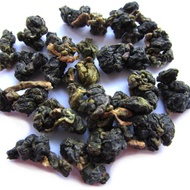 Dry, this smells a lot like a Tie Guan Yin with some high mountain floral flourishes: orchids, other flowers, apricot, pleasant sourness, and herbs. The first steep has notes of apricot, orchid, lilac, pleasant sourness, herbs, and grass, with a lingering apricot aftertaste. The next steep is more herbaceous, and adds butter and some spinach. The stonefruit notes are more pronounced in steeps three and four, though I don’t detect pineapple as Daylon did. However, I see where he’s getting cilantro. I taste pronounced apricot with overtones of peach, with the sour, herbaceous, floral finish of Tie Guan Yin. The next few steeps are greener, with grass, spinach, and other veggies blending with the stonefruit and florals. This is starting to taste more like a regular Tie Guan Yin. The final few steeps fade into generic veggies and flowers.

Like Daylon, I had a hard time listing everything I tasted in this tea, and think that “ethereal” is a good way to describe it. I found it to be more like a Tie Guan Yin than a Li Shan oolong, though the profiles of these teas overlap to some extent. I’ll have fun playing with my 50 g of this tea next year.

The past two weeks have been tough. First of them was the slow physical recovery from the 2nd Moderna vaccine. Had all the temporary side effects letting me know my body was working and developing immunity with a dollop of misery. It took me a week before I was ready for any physical effort or strain.

Then the following week was a tough one at school. We discovered that 30% of our students have filed as homeless at one point, and we had more to deal with to help ensure our kids were safe and continually adjusting to being in school. As an alt. ed, we’ve already had every day instruction for more than half of our students, but since we have the go ahead to include more students, we’ve had a few new ones. So essentially, it’s the first week of school at the end of a trimester….so fun.

Fortunately, my avaricious consumerism and the frequent gifts of What-Cha and the goddess Guan Yin have visited me in those two weeks. I was stoked that Alistair had this in his line up this year-I’ve tried one other before, but unroasted Taiwanese TieGuanYin Gaoshans are so hard to find and so expensive. I’ve itched to get more from Taiwan Sourcing, but their pricing and shipping is beyond what I look for, so What-Cha came in to the rescue with a deal. I decided to budget by getting only 25 instead of the 50 I planned-I partially regret it because this is a very refreshing tea.

In terms of notes, this one was kinda hard to pin down in description. I’d be concerned I’d over describe. There are few specific flavors that came to mind with it that you could see other people tasting, even if they are novice, but the tea is on the ethereal spectrum of high mountain greener oolong, more along the lines of a Dayuling Yu Shan, or a Jade Oolong. Alistair also avoided over description by calling it clean, slightly sour, smooth as all of the company’s teas are, and floral. The tea is certainly green and clean, but not quite green enough for me to call it entirely vegetal. Maybe grassy and herbaceaous, but overwhelmingly floral, sweet, and light.

Earlier steeps gong fu or even western have some of the usual lilac and green notes you get from high mountain tea with a swath of the TGY varietal orchid notes, but it’s a little sweeter like sugarcane. The flavors amp up in steep 2 and 3, reminding me of a mix of cilantro and freshly canned pineapple, still plump with juice and water. I get more of the apricot sourness I’d associate from TGY in the third steep, and then it’s more prominent in steep four, then it fades. Last remaining steeps are generally green floral and vaguely fruity-effervescent as it has been.

I will say this one is better to do Gong Fu with either longer steeps or a decent amount of grammage, but it works well western and adequately grandpa for tumbler fuel. This is not a beginners tea, but it’s palette is very easy to drink and not at all drying. Depending on my budget, I’m going to have to include some of this again in my next order. It’s not as flavor forward as usual Qing Xin Li Shans or other Gaoshans, but it’s got a lot to offer in terms of aroma, and dare I say it, Qi.

The clarity of energy in this one is probably one of its biggest highlights. I also say that since I drank it during the clearing of Michigan’s cruel monochromatic grey weather that turned into a sunny blue and green day. Spring is sneaking through the snow as the sun wakes the grass from its slumber, as my wallet opens to spend more tea and share it with another.

Yes I rhymed. I was bored.

PS. The sourness reminds me of a green apple. Note added.

I can’t even imagine how you handle that at school! You are doing sich important work.

I hope your vaccine woes are behind you and you have clear sailing from here forward.

Thank you! That means a lot to me.