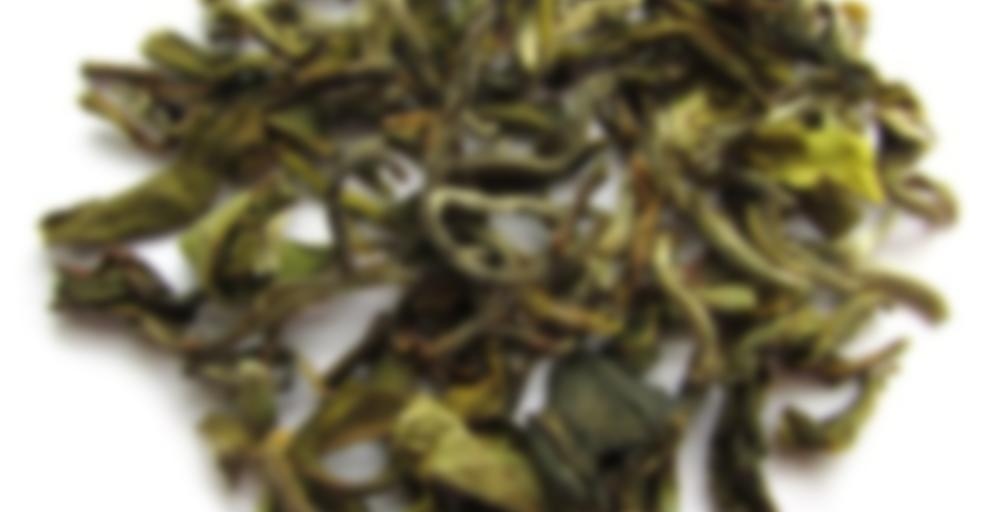 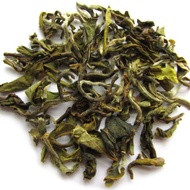 Gopaldhara’s signature first flush tea, of which only one invoice was produced in 2020 due to India’s lockdown. The tea posses an incredible floral aroma which is combined with a brilliant smooth apricot taste with a crisp finish.

Sourced direct from Gopaldhara tea estate in Darjeeling, located in Mirik Valley and one of the highest tea estates in Darjeeling with gardens totalling 320 hectares.

A fairly complex and rather enjoyable Darjeeling, even a year after picking. I picked up a pretty wide variety of flavors and aromas brewing gongfu style (started at 85C and worked my way up to 95C for the sixth and final infusion).
Visibly, the dry leaves are appealing, mostly green and yellow, with some brown leaves. The tea contains a notably high proportion of beautiful off-white hairy buds. It was clearly picked, processed and shipped carefully – very few broken leaves.
Smelling the dry leaves, I picked up notes of cinnamon, nutmeg, molasses, pears, cardamom pods, and maybe a bit of mint and wood.
Looking at the wet leaves, they were more uniform, predominantly yellow-green on early infusions, progressing to yellower tones on later infusions. Though the leaves are rather large and loose to begin with, they expand quite markedly as infusions progress.
Picking apart the aroma of the wet leaves was challenging due to its varied constituents and evolution through the session. A strong hoppy freshness was clearly present throughout. Particularly on the first three infusions, the leaves reminded me of Lebkuchen (that sort of gingerbread cake you can find at European Christmas markets): a heady spice blend (cinnamon, ginger, nutmeg, cloves, cardamom pods), dark brown sugar, and light citrus (Bergamot and lemon zest). Also, faint notes of white grapes and light wood and hay were present through all of the infusions. From infusion #3 on, a hint of candied/roasted nuts grew more prominent in the aroma.
The liquor is a very clear yellowish-green, and was even somewhat white on the first infusion (perhaps due to my having brewed it at 85C). Like many first flush Darjeelings, the liquor of this tea is more reminiscent in appearance of a white or green tea than a black tea.
The tea is light in body but very smooth and rather thick. It is all but completely free of astringency, even on long 95C infusions, barring a light and enjoyable catch at the back of the throat after swallowing.
The taste of the tea is dominated by lovely sweetness at the front of the mouth, though the citrus element certainly contributes to the taste (especially on the sides of the tongue), as do the various spices noted in the smell of the leaves. The woodier notes and hops become more noticeable as infusions progress.
The finish is relatively long, and is sweet and mildly woody/haylike (especially with later infusions).
After finishing the tea, the cup is left smelling of brown sugar and molasses; slightly gingerbread-y.
All in all, another great offering from What-Cha, and amazing value for money.