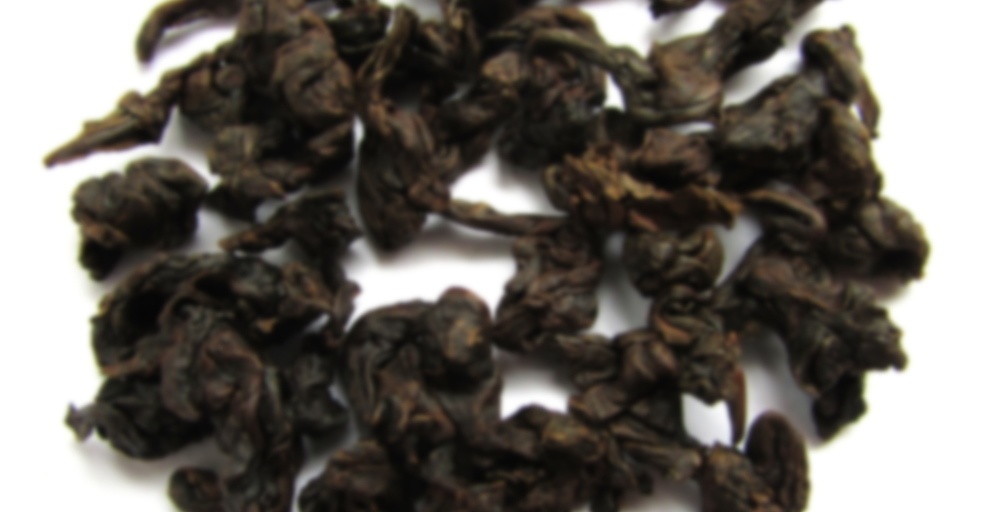 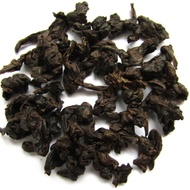 A most splendid oolong; smooth and sweet tasting with a lightly roasted pear finish coupled with vanilla hints.

The Amber GABA oolong is the same as our Taiwan GABA oolong with an added medium roast to bring out the sweetness in the tea.

I don’t think I can add anything that everyone else hasn’t already said about this tea.

It’s one of my favorite offerings from What-cha, and tastes like a delicious roasted pear-apple tart, with hints of almond and vanilla. The tea is very soothing and always manages to settle me into a relaxed mood.

Glad to see another fan. I ordered a 50g restock today :)

This was yet another recent sipdown of mine. I only had 25 grams of this tea to work through and finished them over the course of two or three days toward the beginning of last week. I know that I have gone a bit crazy with Taiwanese oolongs this month, but I have had quite a few good ones to work through, and this one was yet another winner. I will probably switch to something else the moment I hit one that does not move me in any way, but that may take some time at this rate.

This was one of those oolongs that was easy for me to write off at first because it was just so balanced and drinkable. More patient, focused sipping, however, revealed a simultaneously complex and approachable tea that was truly masterfully crafted. The liquor was both aromatic and flavorful yet lusciously thick and gorgeously textured, and it offered tremendous longevity and sneaky, gently invigorating energy to boot. In the end, there was not much of note for me to criticize about this tea. If you are looking for a high quality GABA oolong, this would be one to consider.

Oooh I liked this one and the Vietnamese one too.

Thank you, Derk, for this sample. :D It gave me an opportunity to compare it with the other two What-Cha GABA Oolongs. I really wanted to do this! Already great reviews on this so I’ll add a little, then move on to other thoughts.

So this is the same as their Taiwan GABA oolong but with an added: “medium roast to bring out the sweetness in the tea”. It did indeed seem sweeter than the zero roasted one. It also had a nice light roasted flavor, not overwhelming nor overshadowing the fruit and vanilla notes. It had a clean finish, distinct notes of apple and pear. In the later infusions, it became slightly more minerally, less roasted flavor, and got a few spice notes in addition to the fruit. Overall, it was an excellent GABA oolong.

I had a lot of fun trying to compare the three. I’ve come to the conclusion that I still prefer the Vietnam GABA High Mountain Oolong. Mainly because the cultivar is Jin Xuan versus Si Ji Chun. The Vietnam GABA had milky feel vs a clean feel, it had a longer finish vs a clean finish. I also like the baked bread, buttery, black tea-ish notes in the Vietnam GABA. To me, there was a larger spectrum of fruit notes and was a little richer too.

So there you have it. All were excellent. Thank you again, Derk!

Another great tea from What-Cha. It’s lighter in taste than I expected but I’m pleasantly surprised. Some roasted oolongs I find quite overwhelming and with this one I can have a longer session without my taste buds getting fatigued.
I went western for this session. I always seem to underbrew when I go western style, I’m too impatient, I know.
The first note I got was lovely dark caramel, just on the verge of burnt sugar. The caramel flavor reminds me of my mother’s Greek semolina halva. Then some roasted pear and quince jam and some cinnamon spiciness. All these match pretty well with the festive season. The finish is pretty short but that just beckons you to have another sip.

Beckoning is a good way to describe the combination of sweet and mellow flavors and lightness of this tea. I enjoy that I can drink it quickly without much attention being paid. It became my go-to tea for night classes.

I figured I’d finally get some of my own tasting notes out for this tea, one of my favorites for its profile and ease of brewing. This harvest is from sometime in 2017 and has had over a year for the roast to calm down (it wasn’t too strong to begin with) and allow other aromas and flavors to develop. Tonight, I choose you, gongfu. I haven’t drank this tea gongfu in a long time, instead brewing it in my 20oz thermos all of last semester to fuel me through night classes.

This tea starts out strong and fades very slowly. With the first steep, the liquor is a sparkling and intense dark auburn-amber and maintains this color throughout the session. It has a light, sweet aroma with notes of baking spices and toast. In the mouth, I pick up on roasted pear, golden raisin, baked sweet apple, rock sugar, cinnamon, nutmeg, vanilla and a light mineral presence. The tea is very clean in the mouth, light-bodied and smooth and lacks much of an aftertaste, making it very easy to drink without having to focus. The tea peaks in flavor around with the third steep, typical for a rolled oolong (it looks like a Chinese tieguanyin rather a balled Taiwanese oolong) and fades slowly from there. Toward the end, the fruit and spice notes become indistinguishable, providing a background to butter and wood/slight tannins, with some sweet lemon becoming noticeable.

Admittedly, the tea hasn’t changed much since I first tried it, but I still love it. It’s an easy-going, unpretentious, straight-forward brew with comforting aromas and flavors that always leave me in an excellent mood.

I will have to try this one too. Good review. :D I liked their Taiwan GABA very much which is (if I remember correctly) not roasted. Lately, I’ve been favoring roasted oolongs more.

Yeah, when I just went to their site, I was glad it’s available.

Lol, I can send you some.

But good to know it’s in stock because I’m getting low.

Thank you for offering, you keep it since you’re low. I’m going to get more their Vietnam GABA oolong anyway soon. I got a sample of that and really liked it.

This tea is not quite what I was expecting it to be. It is much less robust for once. The taste is actually very bright. Secondly, the body is fairly light for a Taiwanese oolong. And finally, the aftertaste is much shorter than I would have liked and expected. Unless you really adore roasted pear (which is the dominant note I get), I cannot recommend it. However, given that other people seem to be enjoying it a lot, you might just want to try for yourself.

The smell is my favourite aspect of the tea. It is very fruity and sweet, with notes of vanilla, pear, Bailey’s and white grape skin, ginger and cinnamon. I get some ginger in the taste too, which also has lemon sourness and some roasted pear sweetness.

Good to see a differing opinion. If you don’t want to finish it, I’ll take it off your hands!

Yeah, I can definitely send some over :)

Why didn’t I get this when it was on sale, because this is one of the most versatile teas that I’ve had to date. I could drink it western or grandpa with just a sprinkle of leaves, and the notes of pear, vanilla, and rock sugar blended with minerals in a smooth texture. I got the same thing with lighter splashes gong fu, but with more leaves, and occasionally longer steeps, it can become sticky sweet, malty, and roasted with the vanilla in the background. The same logic applies western with more leaves. Of course, I could rebrew it twelve times gong fu….with about 6-7 grams of leaves in 6 oz.

That pretty much described why I really enjoyed the tea, but it was able to be sweeter than my high mountain oolongs, and smoother WITHOUT vegetal notes. As for the roast notes, those could be avoided with lighter steeps if I wanted to.

This was one of the few roasted oolongs that is sweeter because of its roast for my palette, and this is something that I highly recommend to anyone who likes roasted pear or wants something unique because I’ve had few teas with the same notes that this one has.

This sounds intriguing. Fruity roasted teas are the kind i seek out. Will have to check this out