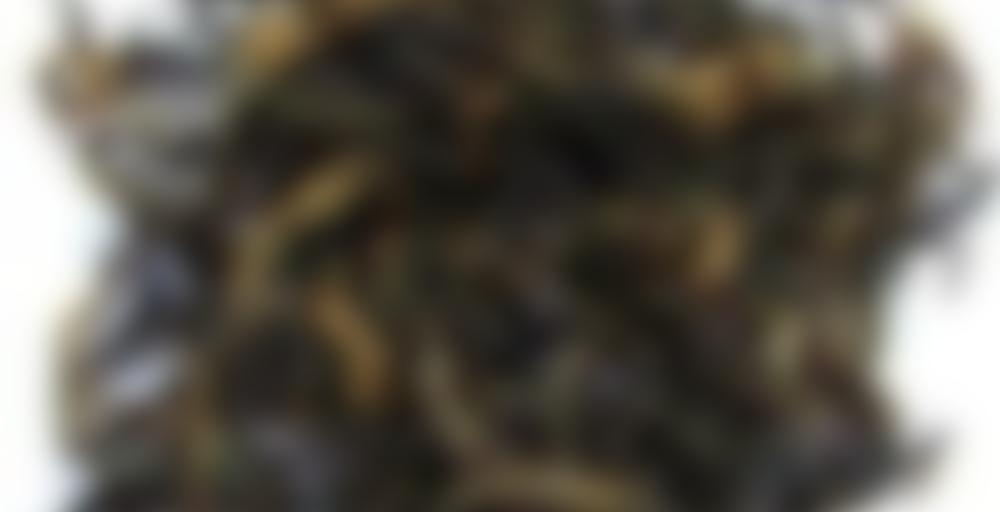 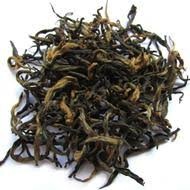 A smooth well balanced black tea with lovely malt tones but without the astringent tones which can develop in most black teas.

The wet leaves have a lovely aroma of sour fruits, lemongrass, and meadow flowers. The tea liquor is a bright, light orange color, and the aroma from my cup is an herbaceous sort of florality (dandelion?), rose, hay, strong citrus (lemongrass and orange zest), and minerals.

Mmm… the tea is very light, citrusy, and floral, and extremely smooth. The aromas are presenting in the flavors as well, as I’m tasting meadow flowers/dandelion, subtle sweet rose, lemongrass, lemon and orange zest, and a bit of malt and hay. I’m just not tasting the minerality that came out on the nose. Probably not the sort of strong, full-bodied tea one would associate with breakfast, but a lovely afternoon cup.

I feel like I have been away from Steepster for way too long. Fortunately, I have not been drinking a ton of different teas as I have been focused on finishing some of teas of which I purchased larger amounts. This was one of my more recent sipdowns; I think I finished what I had of this tea last week. Though I tend to greatly enjoy Nepalese black teas, I have yet to find a Nepalese golden tip black tea that absolutely captivates me. Clearly, this one did not do that.

I prepared this tea gongfu style. At least a couple people had suggested that I try to gongfu either a Nepalese black tea or a Darjeeling black tea, and I finally decided to give it a shot. After a quick rinse, I steeped 6 grams of loose tea leaves in 4 ounces of 203 F water for 5 seconds. This infusion was chased by 15 additional infusions. Steep times for these infusions were as follows: 7 seconds, 9 seconds, 12 seconds, 16 seconds, 20 seconds, 25 seconds, 30 seconds, 40 seconds, 50 seconds, 1 minute, 1 minute 15 seconds, 1 minute 30 seconds, 2 minutes, 3 minutes, and 5 minutes.

Prior to the rinse, the dry tea leaves produced aromas of malt, baked bread, chocolate, honey, and sweet potato. After the rinse, I picked up aromas of roasted almond, brown sugar, violet, and banana. The first infusion introduced aromas of rose, orange zest, roasted peanut, and raisin. In the mouth, the tea liquor presented notes of malt, sweet potato, brown sugar, banana, and roasted almond that were backed by hints of rose, honey, chocolate, and orange zest. The subsequent infusions saw the previously mentioned floral aromas become more dominant on the nose, while new aromas of lemon zest and pine also made themselves known. The tea liquor presented much stronger and more immediate notes of rose, honey, chocolate, and orange zest. Baked bread, raisin, and violet notes belatedly emerged, and new impressions of minerals, pine, molasses, caramel, cream, earth, and lemon zest also appeared. I even managed to pick out some hints of roasted peanut, plum, juniper, raspberry, and black cherry. As the tea faded, the liquor emphasized mineral, cream, caramel, pine, malt, and earth notes that were balanced by more delicate impressions of raisin, baked bread, brown sugar, honey, sweet potato, and orange zest.

This black tea displayed some lovely aromas and flavors, but I found it to fade rather quickly. Many of its most appealing characteristics also displayed a tendency to blend together, creating a muddled rush of flavors in the mouth and thus a drinking experience frequently lacking in dynamism. All of this being said, this tea did display a lovely body and great texture in the mouth and had enough to offer in the flavor department to be satisfying. Furthermore, its energy was just right as it was neither too weak nor too strong. Overall, I found this tea to be more or less solid. I have had better teas of this type, but I would be willing to try a future production of this one (if one were to ever be offered) and would not caution others to avoid it. In the end, a score of 75 feels about right to me.

(I am pretty sure this is my first taste of tea from Nepal, though I’ve heard them recommended often. This one is May 2017.)

A lovely, delicious tea. I’ve been able to try western and cold brews so far, and I’d like to try gongfu with the last of the sample.

Cold brew (1g/100ml)
Quite good. Many of the same flavors as hot – brown sugar, malt, light fruitiness, hints of fragrant wood – but lighter, refreshing rather than rich, and the floral is much more prominent.

Thoroughly enjoyed, and will update when I try gongfu.

1st flush, May 2017. Brewed in and poured from a pyrex jug. Floral but not great for me, lacking some oomph and body, only exacerbated by repeated steepings. (Though H gives this 7/10)

A very nice black tea with lovely malt notes with just enough sweetness to combat any astringency. The dry leaves smell of apples and berries. The wet leaves have a strong malt smell.

It starts off fairly mild but as the steeps go on the malt flavor builds. I noticed notes of caramel and mountain air sometimes. Around the 4th or 5th steep a little dry mouth sets in. Nothing bad at all.

This can be a nice daily drinker if you like a strong malt flavor.