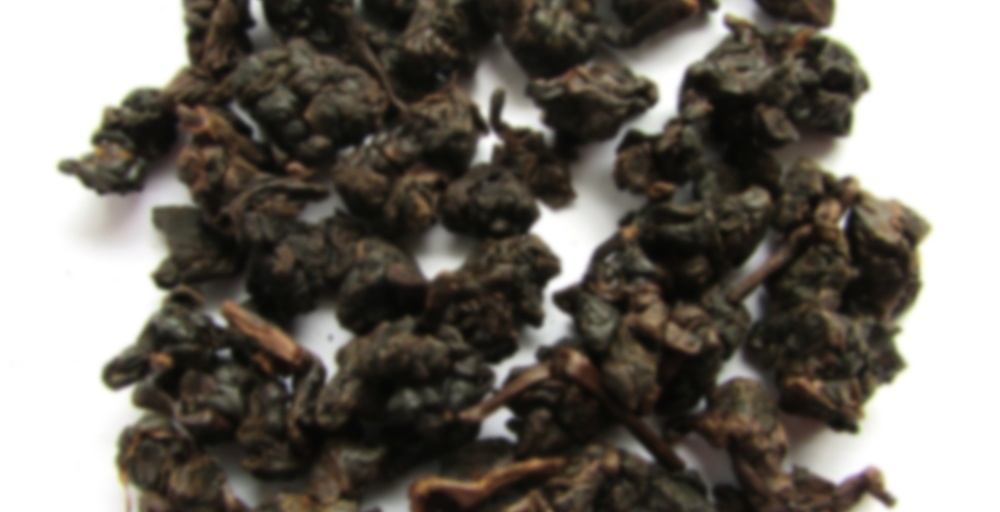 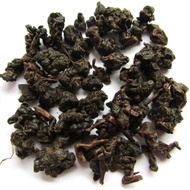 Here is the second review from the back pages for the day. I finished a sample pouch of this around the end of the second week in May. I seem to recall trying it immediately after What-Cha’s Taiwan Heavy-Roast Tieguanyin, but I could be wrong. I did not date any of my review notes from that time period, so I have no way of being sure. Anyway, I had been impressed by the aforementioned Tieguanyin and had high hopes for this tea. Lo and behold, it also ended up being a very nice roasted oolong. It was perhaps not quite as good as the Tieguanyin, but it was certainly a worthy tea in its own right.

Prior to the rinse, the dry tea leaves emitted aromas of baked bread, cedar, honey, cinnamon, and peach. After the rinse, I noted stronger honey, peach, and baked bread aromas as well as the emergence of a malt aroma. The first infusion then introduced hints of raisin and plum to the nose. In the mouth, the tea liquor offered notes of cedar, cinnamon, malt, baked bread, honey, and peach backed by unexpected cream, butter, and vanilla tones. The subsequent infusions saw the nose take on creamy and buttery characteristics while hints of vanilla, coffee, cherry, and brown sugar also started to show. New flavors of roasted almond, toasted rice, brown sugar, coffee, and minerals appeared in the mouth along with subtle hints of sweet cherry and belatedly emerging plum and raisin impressions. I even noted some subtle banana leaf notes too. The final few infusions offered impressions of minerals, baked bread, cream, butter, and vanilla balanced by delicate toasted rice, banana leaf, roasted almond, raisin, and cherry notes. A faint hint of cinnamon could also still be detected on the swallow.

This was a very nice example of a heavier roasted oolong. Even though I found the mouthfeel to be a little gritty and intense in places and the tea to not change a ton over the course of my review session, these were minor quibbles. This tea offered consistently strong aroma and flavor over the course of a lengthy session. It still had a little more to give when I cut it off, but I was reaching a point where I would have needed to either boil the leaves or have a warmer on hand to get the most out of the tea, so I just went ahead and ended the session. I doubt this tea had any radical changes in store at that point anyway. Nothing wacky was going on in this one. It was just a very good, very solid heavily roasted oolong. Fans of such teas would probably be pleased with it.

If you like roasted teas then this is a pretty good option for you. Compared to some of the other dark roasted stuff that I have had this one has more flavor besides what comes from the roasting. The first couple steeps is where I tasted a lot of the roast but the later steeps were better in my opinion with more of the honey and fruity notes coming out.