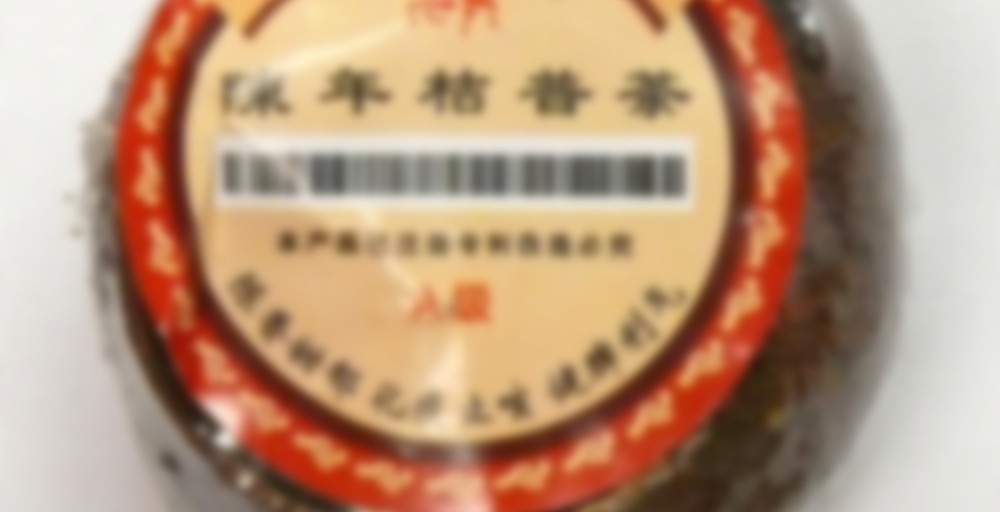 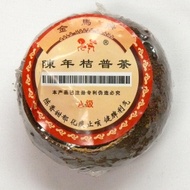 by Vital Tea Leaf
73
You

…in the beginning it seems to take a strong grip on one’s tongue and fills the body with heat.The cigar notes that go hand in hand with those subtile mandarin flavors are overwhelming…by the time one has reached its 3rd brew the roughness seems to be tamed and the whole story gets a more silky, female side. But still:
The cigar note, very masculine, clearly dominates the surprisingly shy mandarin
scent…but in a good way.
If it’s a fresh harvest it will last for 4-5 brews.
If it happens to be older then one year…2 brews max.
Damn strong tobacco that is. I recomment to stay away from it after 4.00pm.
Makes one go mental while trying to find some sleep…which most probably will not arrive sooner on your doorstep then midnight….

Not bad. Really needs to steep for a while and can be steeped multiple times.

A friend brought this back for me as a thank-you gift for watching her cats while she was on a brief trip. I’ve been saving it for months, just waiting for the right opportunity to indulge in such a unique tea. While I had entertained the idea of sharing it with the gift-giver, she has officially just moved out of state and I realized, as I was setting up my tea tray and accoutrements, that this was the perfect time to try it.

It came in a well-sealed package which, upon opening, let out a very sweet mandarin aroma. When I say it’s sweet, I mean it practically smells like it was candied or something.

I unwrapped the mandarin and was a little surprised to see it so brown. I knew the peel was dried, but for some reason, it just didn’t occur to me that it wouldn’t be a vibrant orange. The tea itself was loosely packed inside the peel and tumbled easily from its container into the gaiwan.

With a quick rinse, it was ready to be attempted.

The first infusion was for about 45 seconds as I got a nice picture in the process. The liquor was a beautiful amber and the mandarin sweetness was much milder overall. The flavor, however, just wasn’t doing it for me. It tasted almost a bit musty and the after-taste lingered unpleasantly.

As one does, I powered through to my second infusion. With a shorter infusion time (closer to 25 seconds), I achieved a similar shade of amber with a much pleasanter flavor. The odd flavors from the first infusion had mellowed and left the tea with a lightly smoky tendency and just an edge of the mandarin sweetness as an after-thought.

Finally (for this note), onto the third infusion. I was slightly distracted during this infusion period by the antics of my roommate’s cat, who was in the throes of her “morning crazies,” as we like to call it. So the infusion time lasted a bit longer than planned (nearly a minute).

By this point, the distinctive mandarin aroma is starting to noticeably fade. Interestingly enough, I find it’s a welcome change. While it wasn’t bad, it also wasn’t really making a super great impression on my senses. The flavor is still there, guiding the earthy pu-erh flavor to a smooth completion.

Overall, this is a pretty decent tea and definitely fun to explore the packaging. But honestly, it just isn’t entirely my cup of tea. It ended fine enough, but didn’t really pull me through with much desire. I’ll probably break it out occasionally when someone is looking for something more exotic or “out-there” in style.

An easy Puerh to start with if you’re unfamiliar with Puerhs, especially if you typically like fruit-infused teas. The first steeping can be strong, but subsequent pots will get smoother and more subtle.