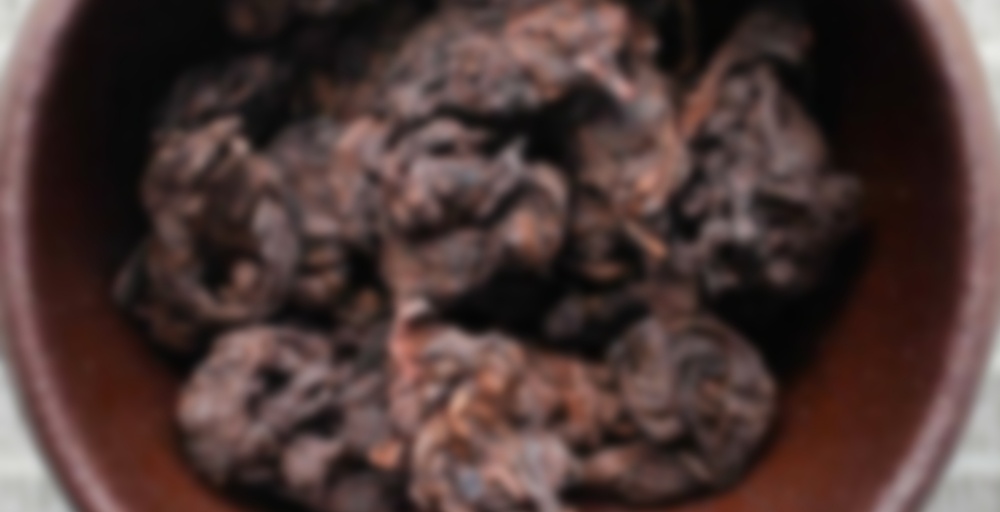 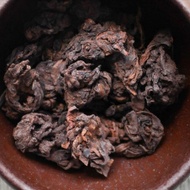 by Verdant Tea
76
You

Did a sipdown session with my last few nuggets a few days ago over a few games of Splendour. This remains a very smooth, easy-drinking puerh, with lovely notes of caramel and chocolate. It brewed out well over around 8-9 infusions (and, to be honest, probably could have carried on going), with those lovely warming camphor notes just started to creep in as we carried on drinking.

I always really enjoy the Dongsa Coops teas and this one has proven no exception. They’re lovely, refreshing, easy-drinkers that offer a well balanced flavour profile and a stimulating, satisfying drink.

From the TTB
This was a creamy, earthy shu puerh that lasted several steepings. It was a bit weak for the first few steeps, I manually separated the nuggets per the suggestion of another reviewer, and that certainly helped subsequent steepings. I get some camphor, mineral, as well as creamy, buttery and vanilla notes. This was a smooth, interesting shu and was a fun gongfu session.

I spent a chunk of the day today cleaning up our tea cabinet. We have a stand-alone cabinet and the top had become a catch-all for teas and strainers and vitamins and mail, etc. etc. I got it organized and now it’s super clean and so inviting. In the rubble was my gaiwan and gongfu tea set that I bought a few years ago. Truthfully, this was one of the main reasons I wanted to clean the cabinet because I had been itching to pull the set out again and give it a try with this pu’er before I send the box away.

I’ve only had a gongfu session a handful of times. I don’t really feel confident enough in what I’m doing so I am always hesitant to try. I also like my teas with honey and I’m just not sure my palate is sophisticated enough to truly appreciate all the flavors that come through in an unsweetened cup. That being said, I was so excited to do this that I watched quite a few videos to give me the basics and then jumped right in.

I won’t give a rating because I’m not sure I even did this right. The tea had color but not much flavor to me. The little nuggets stayed intact for all of the infusions, even though I did try to break them up a bit. In all, I think I did five or six infusions before the caffeine went to my head and I decided to stop. I did really enjoy the ritual but I didn’t experience much flavor so I’ll be passing this along. I’m sure someone else will love it.

Update: I bought more of this, and it is a winner in my tealog. This is one shu I would want to have on hand (sold out, though…), and thus I am keeping my 96 rating. I would also add new flavors I pick up, more in the earthy spectrum, which I did not get originally.

In my original review below, I explore manually opening up the nuggets in later steepings in order to get more mileage out of them. Since, then, I have had probably more succcess keeping the cover on the gaiwan throughout the whole session (except to pour in water, obviously), and I think the steam kept in the gaiwan helps open up the nuggets earlier.
________________________
Really enjoyed this shu pu’er. I am on board with Verdant’s descriptors of vanilla pudding and maple syrup. Richness, fullness, and pastry dough, I might add biscuit, Graham cracker. Creamy.

A different Verdant tea that I reviewed—also a 2014 shu pu’er from Qianjiazhai but loose—had an upfront very dark roast almost burnt edge that eventually rounds off. That tea is also very savory and a wonderful experience, but the present shu nuggets give a fuller body I think and have no burnt edge. I think this might be due to the lesser surface area of the nuggets, which slowly open up over several steepings (unlike the loose tea which I couldn’t steep fast enough—pour on and pour off as fast as possible the first few steeps).

At the end of my first session, I found some of the nuggets still had not fully opened, but by that point opening them manually did not offer more than a couple more steeps. So before my second session, I tried using a tea pick to open the nuggets— a bit difficult to do. They are dense, the tea pick easily slips. Thus, I did two rinses, waited 10 minutes, then I was able to use the pick to open them up a bit. I did a third flash rinse and was ready to go. I found that this initial effort allowed the tea to give a fuller first few steeps, and they were so good.

After steep 8, I noticed that the core of the nugget pieces still had not fully opened, and so I went in there with my fingers, gently twisting the pieces and breaking them apart. My next steep was almost like starting a new session and could have even used a flash rinse to clear the new debris. And before breaking open the pieces, my 8th steep was up to two minutes, but after opening the pieces my 9th steep was back to 5 seconds, then 8, 15, 20, etc, so I feel the nuggets allow the tea to get a real second wind.