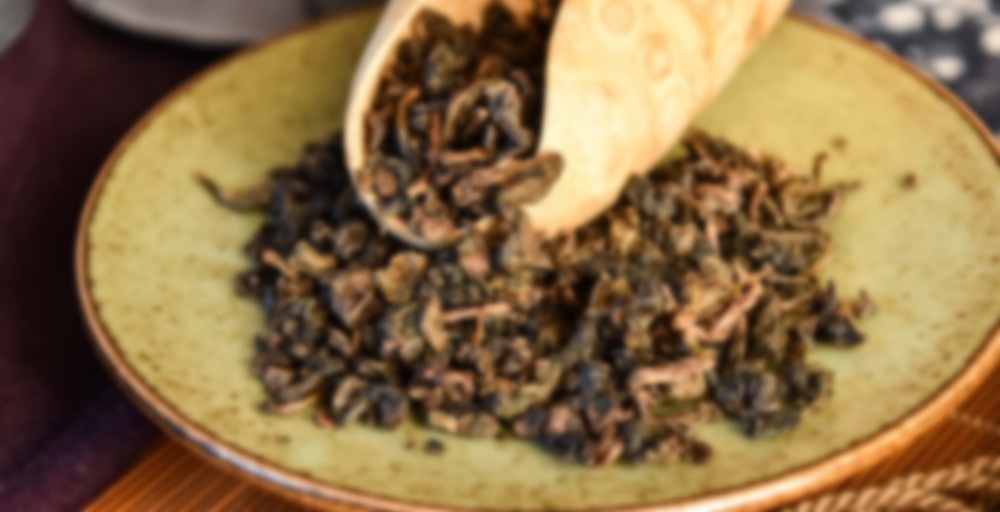 Mao Xie, or Hairy Crab, is the native varietal to Daping. The village is extremely proud to be a birthplace of Maoxie varietal, and Master Zhang is excited to share this tea. Grown without pesticides and nourished with natural canola flowers for fertilizer, this tea is uniquely savory and creamy in a way that Tieguanyin cannot be. By growing Mao Xie alongside Tieguanyin, Qilan, Rou Gui and other varietals, Master Zhang can achieve a more biodiverse tea garden yielding healthier plants and better flavor quality. This aged Mao Xie is already over a decade old. This is a unique opportunity to see how aging affects oolongs besides Teiguanyin varietal.

Interesting enough stuff, which survived my initial haphazard distracted-by-baking brewing without too much loss of character. The predominating flavor is barley, with a floral grace note. The end is what’s fun and makes this worth revisiting, in my opinion. There’s a taste of green grapes and green apples that advances into genuine lemon before it fades. This grew stronger over a long, low steeping, achieved by tossing the leaves in my Saddler with no basket. I found the resteep dull.

I didn’t brew this the way Verdant recommends so I reckon I’ll try it their way next time. I suppose it is aged and thus can handle more heat than a young oolong.

This is nice, but nothing too special, at least to my tastebuds. Roasted flavour predominates, there’s some sweetness, but there’s also a sharpness to it. Just kind of rough around the edges? I don’t think it was oversteeped. I’m sure this performs better gongfu, though.

Can’t get that tasting profile at all. Similiar to a gaba oolong I tasted a while back, mainly wet wood with a hint of some sort of sweetness. Rather ‘dark’ and very ‘musky’.

Today I am sipping 2005 aged mao xie by Verdant tea, I started this off by giving it a quick rinse in my Yixing. The rinse produced a very pale honey color liqour and an intense aroma of floral, smoke, honey and caramel.

First infusion the liqour darkened to a medium honey color and took on a bit more floral notes at this point, there is a bit of minerality and a little sensation of tingling on the tongue that you really only get with good oolongs. I knew right away this was going to be a winner. Sweet and smokey, that aged oolongs seem to really engender.

Second infusion was slightly darker, but not by a lot. I got a little more honey in this one, as the infusion got a little sweeter. But the flavors and aromas were pretty similiar, though the leaves opened up nicely at this point. I think for the third infusion Im going to bring the water up to boiling.

This was a wise choice, it brought out more fruit flavors, maybe raisins and a bit more of the minerality, that you kind of feel on your tongue. Also it’s hard to describe how clear this liquor is.

Im sure based on this it will steep out many more times.

I highly recommend this tea if you like aged oolongs, smokey, floral or minerality.

This blasted sinus infection is starting to ease up a tad. What was supposed to be a pleasant, restful weekend ended up being a total nightmare. In order to celebrate the early signs of recovery, I broke out this aged Mao Xie.

Prior to the rinse, the dry tea leaves gave off pleasant aromas of blackberry, elderberry, prune, and raisin underscored by vanilla. After the rinse, the bouquet remained very fruity, though the vanilla presence was slightly amplified. There was some sort of woody spice and a bit of extremely ripe blueberry. The first infusion produced a similar bouquet with even more intense blueberry and spice aromas. In the mouth, however, things got interesting. The expected notes of elderberry, blueberry, blackberry, raisin, and prune were all there, but the vanilla note was more pronounced than anticipated. There were other notes too, namely coffee, cinnamon, and birch bark, that the nose did not do much to reveal. Subsequent infusions quickly saw the tea’s fruity character mellow and the tea’s spicier characteristics increase their presence. For me, the vanilla character remained consistent, providing some balance and depth. Though Verdant’s tasting notes mentioned notes of toasted rice, I did not pick up anything like that initially, but then less than halfway through this session, there it was. Later infusions retained elements of the tea’s spicy, fruity, and vanilla-laden character as a rather pronounced mineral presence took hold. A faint coffee presence remained in the background as did impressions of toasted rice and a very indistinct fruitiness. A slight vegetal note resembling cooked kale made its presence known at this point as well.

This oolong will likely not be for everyone, but I greatly enjoyed it. Part of me was a little surprised by that because my admittedly limited experience with aged oolongs suggests that they are not up my alley, but then again, I am a huge fan of the Mao Xie cultivar. Where I find Tieguanyin to be smooth, Ben Shan to be pleasantly balanced, and Huang Jin Gui to be sweetly floral, I find Mao Xie to be highly variable and intensely quirky. No two ever strike me as being much alike. I’m not certain how this particular tea compares to some of the other aged Mao Xies on the market, but I do know that I would feel confident recommending it to adventurous oolong drinkers, especially those already open to the unique charms of this cultivar.

Am I really the first to review this tea? I guess so! I’m going through some of my Verdant samples while reading up on all the Verdant controversy over the last few years.

This tea isn’t bad. It tasted roasted but I guess it’s just aged. I would say their tasting notes are mostly on point. Not getting a whole lot of floral, but definitely savory qualities. Maybe a little fruit too. Definitely some mouth puckering.

I also had their 1995 TGY which I LOVED and I plan to order more. Of course that one is MORE expensive than this one ;) This isn’t quite as nice, but it gives a lot of bang for the steeps.