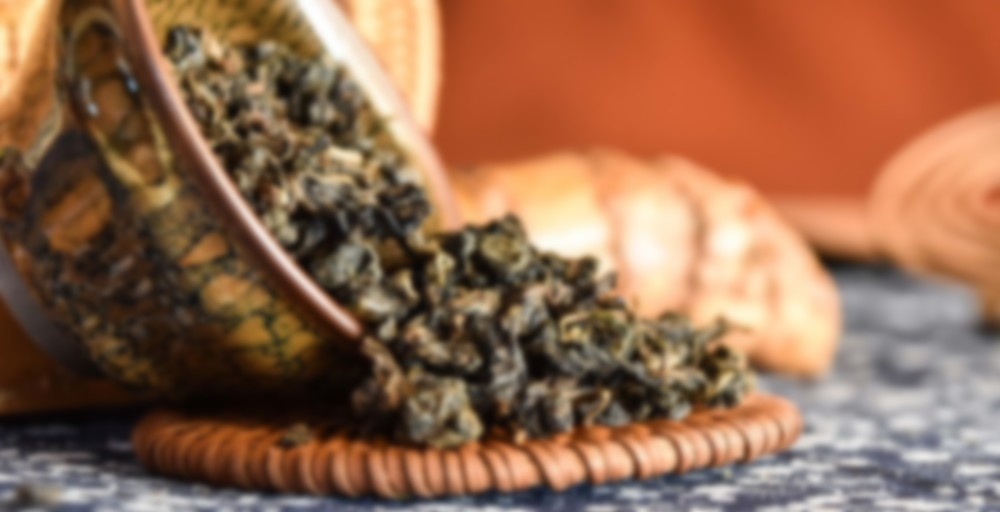 by Verdant Tea
65
You

This extremely limited 1985 harvest is unique among Aged Tieguanyin because Master Zhang set aside a reserve grade picking and gave it only light “Qing Xiang” processing, allowing age, not roast, to slowly bring out deep complex flavor. The extremely high quality leaf comes through even thirty years after picking with deep sweet and lingering redwood bark and elderberry fragrance. This tea is a true opportunity to see the potential in aging the finest oolongs.

It tastes quite thick, with some faint wood and nutty notes just being overshadowed by this thoroughly dry mouth feel. It’s one of the older teas I have ever sampled, and it’s definitely interesting. I once got a hint of menthol on a sip which was unexpected in my second steep. It is an interesting tea, always worth tasting history

Has a savory taste, like tomatos. The smell of this tea reminds me of thanksgiving dinner or harvest

Okay, this is one of those infamous Verdant offerings that comes with a story. Back in the spring of 1985, Master Zhang set aside a small amount of minimally processed high grade Tieguanyin and allowed it to age. The idea was to show off how the tea developed on its own rather than how it responded to multiple roasts over time. Flash forward to the fall of 2016, and Master Zhang decides to sell this tea through his partners at Verdant Tea. Is this story true? I have my doubts. Everything I have read on aged Tieguanyins suggests that teas between the ages of 20-25 years are extremely rare, while teas that are older are almost impossible to find. It should also be noted that many farmers and vendors will estimate and often exaggerate the age of older teas for one reason or another. With all of this in mind, I didn’t necessarily buy into the marketing, but I was intrigued enough to roll the dice on a very small amount of this very expensive tea.

Prior to infusion, the dry leaves emitted aromas of wood, earth, hibiscus, and old books. After the rinse, the aromas mentioned previously intensified and were joined by elderberry and a briny, sheng-like roasted vegetable scent. The first infusion produced a bouquet that brought the dry and rinsed aromas together. In the mouth, I got notes of wood and moist earth joined by traces of hibiscus, camphor, brine, elderberry, and vegetable broth. Subsequent infusions introduced more of a fruit character. I began to pick up hints of blackberry, though I also detected vanilla, caramel, cream, tobacco, minerals, and a slightly stronger camphor presence. Later infusions emphasized wood, earth, mineral, tobacco, camphor, and that briny, vegetal quality I get from many shengs that reminds me of vegetable broth.

Sooooo, this one was awkward. I have no idea if its backstory is accurate, but it certainly looks, smells, and tastes old. Unfortunately, I do not think that is necessarily a compliment. If this were a sheng, I would probably semi-appreciate this tea’s aroma and flavor profiles on some level, but this is an aged oolong. The odd, crudely layered aged, earthy aromas and flavors and the fruity, creamy, and floral characteristics just didn’t come together for me. At one point I even noted that this was like drinking wet dirt mixed with jam that had been sprayed with perfume. I have no clue how to rate this, but I did not like it. Unless you really dig old, musty smells and flavors or are just really curious about this oddity, you may want to move along.

Yeah, I won’t allow myself to (literally) buy into the stories and claims, either. The flavour profile indeed sounds very muddled.

Fjellrev, it’s weird. I know I’ve said it before, but sometimes I feel that aromas and flavors that may translate well in other parts of the world just don’t always go over with Westerners. I know I have tried several things in the past that are highly regarded in other parts of the world that I just didn’t get at all. What was such a turn-off for me here is that I did not feel the tea ever allowed me the opportunity to figure out how to take it. What I mean by that is I drink pu’erh and other post-fermented teas for the feel and oolong for the flavor. This didn’t taste or even smell good, but it lacked the oomph of a good pu’erh. From that perspective how doEs one evaluate this tea?

I guess that just shows how highly subjective this all is. To an extent, we simply cannot help how we have been conditioned.