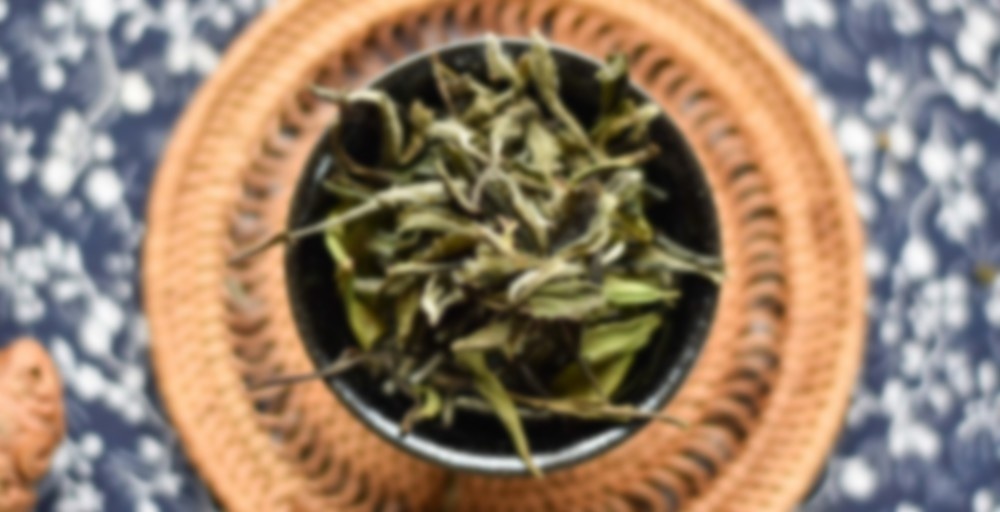 Bai Mudan, or White Peony is usually picked after the earliest silver needle pickings and includes a blend of downy silver buds and nearly equally downy young leaves. The suspended down makes the tea particularly thick and rich. The Weng family grows their tea high above Fuding using traditional sustainable farming techniques and careful air-drying to lock in the flavor of the fresh leaf.

Due to me keeping myself occupied by posting some of the oolong and black tea reviews I have allowed to accumulate over the past several weeks, it would be impossible for anyone who reads my reviews to know that I have actually been spending most of my time drinking white teas and tisanes. This was the final tea I drank during the first week of the month and the one that was responsible for getting me started on my current white tea kick. Though I have had better teas of this type, I found this to be a very enjoyable Bai Mudan.

I prepared this tea gongfu style. My review session was honestly pretty sloppy due to the amount of broken leaf present, but I was still able to get through it. After a quick rinse, I steeped 6 grams of leaf and bud material in 4 ounces of 180 F water for 6 seconds. This infusion was chased by 14 additional infusions. Steep times for these infusions were as follows: 9 seconds, 12 seconds, 16 seconds, 20 seconds, 25 seconds, 30 seconds, 40 seconds, 50 seconds, 1 minute, 1 minute 15 seconds, 1 minute 30 seconds, 2 minutes, 3 minutes, and 5 minutes.

Prior to the rinse, the dry leaf and bud mix produced aromas of honey, hay, malt, and straw aromas that were underscored by a vague woody quality. After the rinse, I detected new aromas of peanut, cinnamon, and pine. The first infusion introduced scents of white pepper and spruce. In the mouth, the tea liquor presented notes of honey, hay, malt, straw, pine, and cinnamon that were chased by subtler notes of spruce. Scents of lemon zest, lettuce, minerals, and ginger emerged on the subsequent infusions along with stronger peanut and white pepper aromas. New notes of minerals, cream, butter, lettuce, lemon zest, field greens, ginger, cucumber, and honeydew appeared in the mouth along with belatedly emerging white pepper hints. The final few infusions offered impressions of minerals, field greens, ginger, cucumber, and lemon zest that were underscored by hints of malt, honeydew, and butter.

This was an interesting and enjoyable Bai Mudan, but I could not help feeling that it was missing something that would have offered just a little more balance. I could not quite determine what that something was at the time I was conducting my review session, and quite honestly, I still can’t. I also must state that I have had several other teas of this type that were smoother and longer-lived in the mouth. Still, this was a very nice Bai Mudan. I think people who like their white teas a little spicier and/or more vegetal would get quite a bit out of it.

Tasting this along with other white teas from Verdant and the Weng family. Getting primarily floral notes. I need some education in identifying flavors in white tea,

White teas are my favorite so far and I really enjoyed this one. I had this via the gong fu method. Nice vegetal flavor with some spice to it. Very floral both in aroma and flavor. My palate isn’t the strongest, so I didn’t taste everything Verdant’s website mentions (as in the peppercorns or papaya). I’ve had white peonies with more depth than this one, but it still ranks high and I plan to continue buying it in the future.

Note: I didn’t use enough tea in this method, so I will likely update this review in the future.

This one is nice and from my limited experience with white teas, pretty typical. Nose, light, floral, baked yam, water melon, sweet grass. Palate is full and same as nose with a touch of spice.