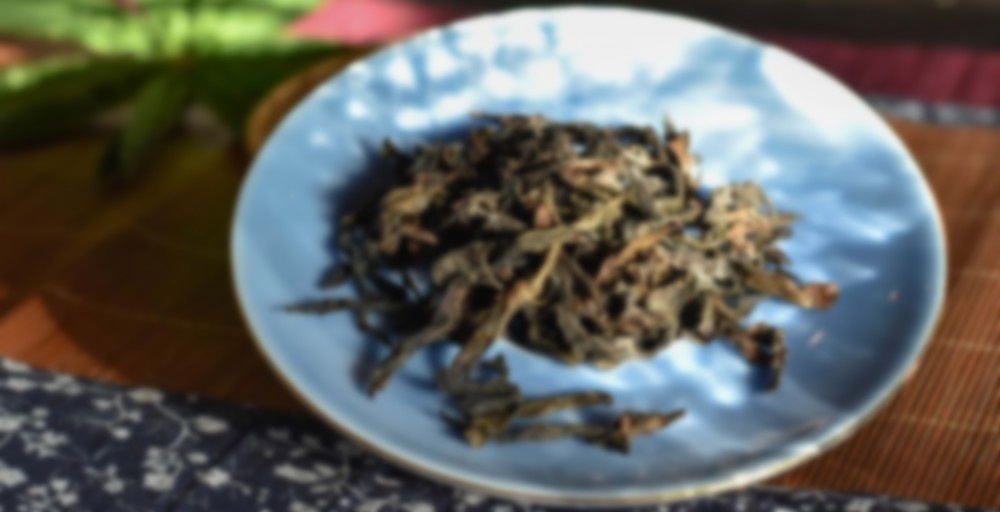 Li Xiangxi Collection. Tie Luohan (or Iron Arhat) is one of the four famous varietals that define Wuyi oolong teas, making it a very sought after commodity, with true Tie Luohan varietal in low supply. The Li Family cultivates a small amount of Tie Luohan on their mountainside plot facing the Longchuan Gorge. While some Tie Luohan can be overly roasted for a flavor that is almost smokey, the Li Family’s careful finish allows the natural complexities of the varietal to shine through for a brew that engages the whole palate and satisfies with a compelling, lingering finish that goes on and on.

I’m dipping into the backlog yet again with this review. I finished the remainder of my pouch of this tea a couple days ago, but I’m only just now getting around to posting a review here on Steepster. When I’m not geeking out over black teas, Taiwanese high mountain oolongs, Dancong oolongs, Anxi oolongs, and assorted Chinese green teas, I have this ongoing project where I attempt to rate Si Da Ming Cong Wuyi oolongs offered by popular vendors. I have fallen behind on it in recent months, but over the course of the last year and a half, I have managed to review at least two oolongs made from each of the other three Si Da Ming Cong cultivars (Qi Dan [Da Hong Pao], Bai Ji Guan, and Shui Jin Gui) from several popular vendors. This is the first Tie Luohan I have gotten around to reviewing on Steepster, and I have to say that I greatly enjoyed it. The roast had settled by the time I got around to trying this tea and seemed to have been lighter than expected to begin with, allowing a number of appealing fruity and spicy notes ample opportunity to shine.

Prior to the rinse, the dry tea leaves offered aromas of cinnamon, ginger, dark wood, sandalwood, char, rock sugar, and berries. The rinse brought out a hint of roasted peanut on the nose. The first proper infusion then added something of a cooked vegetable scent to the tea’s bouquet. In the mouth, I found impressions of roasted peanut, sandalwood, char, dark wood, and rock sugar balanced by hints of cooked greens, spices, and citrus. The subsequent infusions introduced definite notes of ginger, cinnamon, and orange in the mouth, while new notes of baked bread, cream, vanilla, pear, lychee, honey, smoke, and minerals began to make themselves known. Clear notes of elderberry and raspberry also appeared in the mouth on these infusions. The later infusions mostly offered notes of minerals, cream, and roasted peanut with lingering hints of rock sugar, honey, and dark wood. At times, I could also find some berry and/or stone fruit tartness.

I’m more accustomed to Tie Luohans with a heavier roast, but this seemingly lighter roasted version was extremely nice. I especially appreciated this tea’s unique fruity qualities and could see it making both a great daily drinker for Wuyi oolong aficionados and a wonderful introduction to the Tie Luohan cultivar for newcomers. If you are at all interested in the Si Da Ming Cong Wuyi oolongs, this would be one worth trying.

I very much enjoy your geeking out. Go on with your bad self.

I’m tasting the spring 2017 harvest of this tea. This is going to be a short note, because this tea just didn’t work for me, which is disappointing because the smell got my hopes up.

I brewed six rounds from 10 seconds to 90 seconds

The aroma of the wet leaves is rich with smoke, peat, rum, and fresh gingerbread. The flavors in the first infusions are fruity like dragonfruit and raspberry with a somewhat unpleasant burned bread hint.

On the third infusion the burned taste is gone and I’m left with a somehow underwhelming chocolate, raspberry, and mint flavor. These are flavors I’ve loved in teas before, but something about them is just off and uninspiring in this. The upshot is there’s a pleasant tingling on my tongue at the end of the cups.

The last three steepings are all the same — sweet cream, vanilla, and burnt sugar. Again, flavors I’ve enjoyed before but they’re really flat and uninspiring in this tea.

In the future I’ll play around with leafing heavier than recommended, but right now I’m thoroughly unenthused by this tea.

This one is just too much of a fruit salad for me. On the nose, orange, pineapple, orchid, pina colada and a rather odd note that resembles a hint of Durian ( I found this to be off putting since durian smeels and to me tastes like rotten onions ). Palate Lots of fruit, with some floral notes. I will not take points away for flavors ( unless they just seem terrible ) since everyone’s tastes are different, but this tea seems unbalanced….

I may be an old fuddy duddy, but I like my Tie Luohan to be smoky and deeply roasted. It grounds me as there can be no doubt that what I perceive to be Tie Luohan is that tobacco thick liquor that dries the tongue and pushes rock minerality into the crannies of my parotid glands till you cry uncle.
This tea I drank this morning is a sheep in wolves clothing. The heavy roast canine fur has been replaced with a softer wool and yet as much as my mouth wanted to reject the softer wool it, well, was a softer wool and who doesn’t like a softer wool! There are also some floral notes upfront and the dryness is there. So I guess I can live by this lighter style, yet sometimes I want a nasty smelling tongue numbing stogie instead of a kretek.