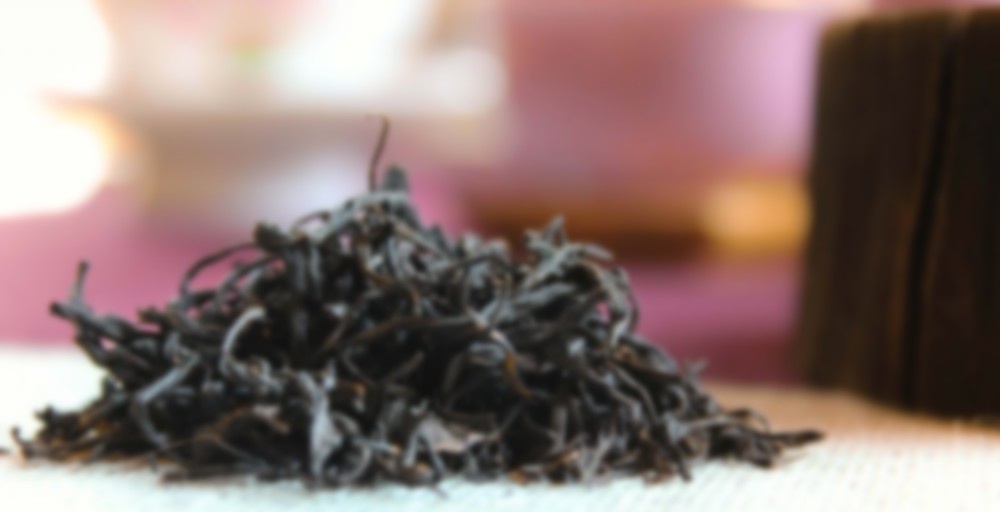 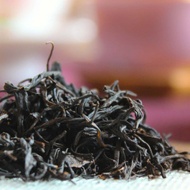 Bought this back in June and finally got around to opening it now. I was a little worried that after nearly 8 months, it had lost freshness but my fears were unfounded. Like the regular laoshan black, this is a very chocolate focused tea. However the chocolate level here is much stronger. It’s like comparing hot cocoa to a luscious European dark chocolate bar. Not only is the flavor more robust, but it lasts through several more infusions than the regular grade and autumn laoshan gongfu black tea. The mouthfeel is smooth and well rounded. I gongfued this tea but I imagine it would be just as delicious grandpa steeped.

After surprising myself with how much I enjoyed the Autumn 2015 Laoshan Gongfu Black, I decided to power through the Spring 2016 version of this tea. I found that I did not enjoy it nearly as much, though it was quite likable in its own way. It struck me as a smoother and subtler tea overall.

I prepared this tea gongfu style. Following a quick 2-3 second rinse, I steeped 5 grams of loose tea leaves in 4 ounces of 208 F water for 5 seconds. I followed this infusion with 9 additional infusions. Steep times for these infusions were as follows: 8 seconds, 11 seconds, 14 seconds, 17 seconds, 20 seconds, 25 seconds, 30 seconds, 40 seconds, and 50 seconds.

Prior to the rinse, I noted that the dry leaves produced a delicate and slightly dusty chocolaty aroma. At that point, I could already tell that this tea was going to be quite different from the Autumn release. After the rinse, I noted the expected chocolate aroma, as well as delicate scents of toast, malt, and orange peel. The first infusion produced a similarly malty, citrusy, chocolaty aroma. In the mouth, I detected a smooth blend of malt, cream, toast, dark chocolate, candied orange peel, and honey. The next four infusions were fruitier. The expected chocolate, toast, malt, and orange peel aromas and flavors remained, as did the honey and cream notes, though I also detected traces of golden raisin, fig, and dates. A mineral presence had already started to emerge by this point as well. The final series of infusions was increasingly mild, as the tea faded earlier than I expected and wanted. By the final infusion, I was picking up on mostly fleeting toast, mineral, orange peel, honey, and raisin aromas and flavors balanced by a lingering hint of dark chocolate.

In my experience, this tea lacked the staying power of the previous release, yet I still found it at least somewhat enjoyable in its own way. It is a far smoother, fruitier, and subtler tea, lacking the robust char and roasted grain aromas and flavors of the Autumn 2015 version. It is a very balanced tea, though I do wish it retained its character a little longer. Of the two, I definitely prefer the Autumn release, though this was also pretty good. I think people who enjoy very balanced teas that present subtle, graceful variations in aroma and flavor over the course of a single session would perhaps find quite a bit to like in this one.

Could not download an image for this tea. Verdant must be paranoid about keeping their images to themselves. The structure them in such a way that you can’t save the image for a Steepster page. In any case this is good tea. I was short on time today so I western steeped this. I am not sure which spring harvest this tea was from, does not say on the package. In any case the main note is malt followed by a lesser note of chocolate. Those are the only two notes I detect, no real bitterness to this.

I brewed this one time in a 16oz Teavana Glass Perfect Tea Maker/Gravity Steeper with 3 tsp leaf and 200 degree water for 30 seconds. My instinct told me to steep it for 3 minutes but the package said 30 seconds.