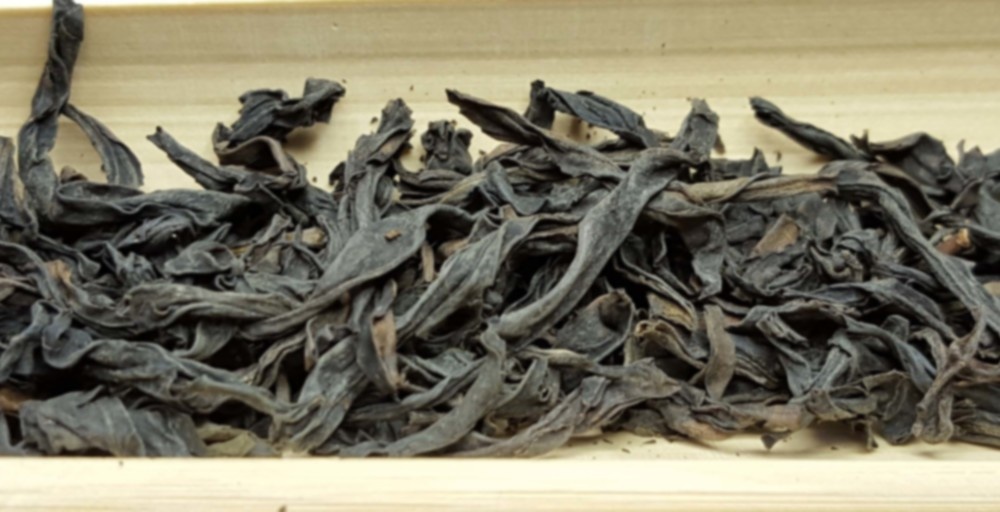 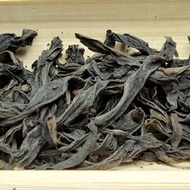 Li Xiangxi’s family grows this Rou Gui varietal in higher elevation above the Tongmu Gorge in the curves where where mist settles between the peaks and protects the tender tea leaves from afternoon sunlight. Growing among wild bamboo, orange trees and flowers, this Rou Gui picks up a complex aroma. The light roast process preserves the natural flavors of the tea and the land.

I’ve needed to review this tea for a long time. I had quite a bit of it, started it last month, and even logged a review session, but never got around to posting my thoughts. I’ve spent the last couple of days working my way through the majority of the remaining amount (I only have three or four grams left), and I have to say that this is one enjoyable tea.

Prior to the rinse, the dry tea leaves emitted intriguing aromas of cinnamon, wood, camphor, char, and rock sugar. After the rinse, I began to detect aromas of ginger and roasted almond coupled with something of an unexpected creaminess. Verdant described it as resembling creme brulee, but at this point, I was not so sure. The first infusion produced robust aromas of cinnamon, wood, camphor, ginger, roasted almond, cream, char, and rock sugar. I pretty much picked up the same notes in the mouth. Subsequent infusions brought out hazelnut, golden raisin, and minerals on the nose and in the mouth. The creaminess began to most clearly resemble creme brulee around this time. The later infusions were heavy on mineral, wood, roasted almond, and creme brulee impressions underscored by touches of golden raisin, hazelnut, and mild spice.

Like most of the Li Xiangxi teas I have tried, this one peaked quickly and faded just as quickly in order to emphasize the expected Wuyi minerality. Still, it managed to hold it all together admirably. The roast here was just light enough to allow the tea’s natural character to shine through and just noticeable enough to provide balance and depth. Compared to the Rou Gui Medium Roast offered by Verdant Tea, this was a much more pleasant and much more interesting tea overall. Heck, I’m not even that huge of a fan of Rou Gui as a cultivar and I still greatly enjoyed this tea. I would definitely not hesitate to recommend it to anyone looking for a more approachable example of Rou Gui or traditional Wuyi oolongs in general.

Oh this is good. I still taste that roasty char flavor that I love so much in my high roasted oolongs but it is just a little bit lighter handed so as to be not so intense. This would be especially good for new comers who are interested in the roasted flavor.

Aside from the roast, I am also getting a very light background floral bouquet as well as some sort of light spice note. Perhaps cinnamon?

This is something I will considering buying more of in the future.

Hey, is anyone else not getting notifications anymore when someone likes their post? I used to get them but now the last notification that is showing is from 17 days ago and I know there has been activity on my account/posts since then.

They appear to be broken. Rowell posted on my lastest post, saying that admin are aware and working in it.

Oh thank you! I thought it was just my account. I was/am still getting the email notifications on some things but many others are going without the notices. So thanks for that update.

This tea is a lightly roasted oolong that is light amber in color with an inviting aroma. This tea is a little spicy with a hint of cinnamon and has a little creaminess to it. The flavor is unique to me and I am a little on the fence of rather I liked it a little or a lot. It also has a nice lingering aftertaste.