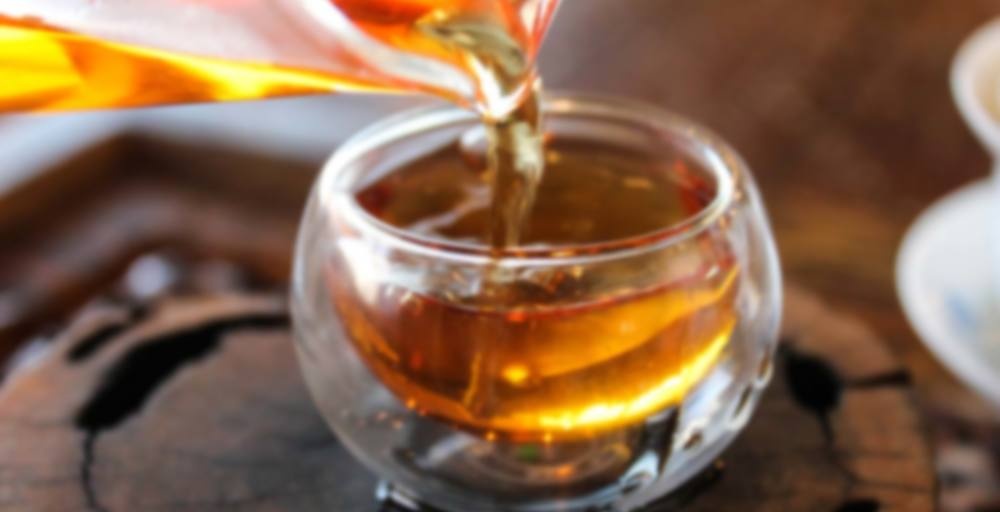 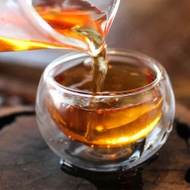 by Verdant Tea
83
You

Jin Jun Mei Wuyi black tea is one of the most labor intensive and demanding teas in the world to produce. It takes thousands and thousands of buds, each picked by hand, one at a time, to make a single pound of Jin Jun Mei. Our farmer partner in Wuyi, Li Xiangxi, says it takes so much skill to pick the delicate buds used in Jin Jun Mei that only other people who have been farming their whole lives in Wuyi are able to help. With all of their neighbors, they share a loose agreement to all pitch in and help each family pick on those precious few days when the tea is just right. Li Xiangxi helps her neighbors one day and they help her the next.

The hard work is worth the beautiful tasting experience. The aroma is big and powerful. You can almost eat the sweet malty smell of the steamed pretzel bread you get as you pour the water over the leaves. The first steepings are almost a guilty tasting experience, full of addictive flavor like sweet cream buttered popcorn, and State Fair funnel cake dusted with powdered sugar ad a touch of salt.

As the tea opens up there is a strong amaretto flavor complemented by big vanilla notes. The body moves from malt towards roasted sweet potato, and the aftertaste becomes sweet, spicy and floral like fresh ginger. The sweetness lingers like eating rock candy. Throughout the tasting experience, you can feel the minerality behind the tea, its connection to the rocky mountain slopes of Wuyi.

WHAT WAS PICKED:
Hand-picked small buds

I’ve had this tea since July 2015, but I’m just trying it now in February 2016. Whoops. According to Verdant’s website, you only use 4g of leaves whether you’re brewing Gongfu or Western. Gongfu brewing is recommended for 6 seconds and Western only 18 seconds. I decided to do Gongfu and am glad I followed the recommendations. I probably went about 10 seconds on the first infusion and the second cup I poured was noticeably darker than the first, in color and flavor, even though they were only a couple seconds apart. This tea steeps quickly!

The flavor is like the aroma: spicy and dark, warm and comforting. I’m not tasting any smoke as others did. But it does have a tendency to go bitter quickly, which is probably why even when brewing Western style, Verdant doesn’t recommend 1-2 minutes to start. While early infusions should be short, I recommend later infusions be long to get the most out of the leaves. I have to say, 4g of leaves doesn’t look like much. But it is plenty to create a very flavorful cup!

I’m making a mess today. I spilled water all over the counter and keep accidentally letting the tea brew a few seconds more than I intend. The tea is very savory and a bit floral, just as the website promises. This is a really lovely tea. It has a slightly honeyesque flavor as well, akin to lychee. It’s quite tasty. The leaves are very small and thin, which makes keeping them in the gaiwan when you pour difficult. But each cup is better than the last!

This is a tea that really develops over time. The lychee gives way to pear, which later transforms into pineapple. I can’t name all the nuances of flavor from each infusion to the next, but I highly recommend getting some and seeing for yourself. I feel that I’m drinking something truly special. 25g of this goes a long way! I think I’ll be enjoying this for months to come. While I can’t say for sure because I didn’t try it as soon as it arrived, age hasn’t seemed to affect it one bit. I may even like this more than Golden Fleece! Gasp! How is that possible??!

Although Verdant describes Golden Fleece as fruity and not Jin Jun Mei, I really feel like I taste much more fruitiness in the Jin Jun Mei. A funny thing happened around infusion six, the leaves started chirping! I think there were bubbles stuck underneath the saucer or something, but I swear it sounded like the tea was chirping! Once I shifted the saucer, it stopped. I’m glad I chose this tea to have today. I almost reached for my good ol’ Golden Fleece, but this tea caught my eye…and my heart. :) A new favorite! Take advantage of Verdant’s pre-order sale and get this tea at 10% off for a limited time!

6g, 210F, 100ml gaiwan
Dry leaf smells of hay, hint of chocolate, malt.
10s – I get yeast like in bread or beer ;) Taste is middle of tongue, coating aftertaste. Bready malt and cocoa.

15s – bread, cocoa stout, almost sour coffee-esque bitterness. Didn’t like this steep at all, so I dropped it back to 10s – thick, yeasty. Less time 5s- NO!

I find I don’t care for this at all. Have 5g more, but I’m going to call this one done and discard the rest. Off putting sour taste/bitterness. Not enjoyable. After the fact, my stomach is somewhat upset. Sipdown by discard.

so apparently this works really well in a travel mug for work as well, so YAY for that! picked this one today because i needed a good solid tea to get my through the day – something warm and comforting as i’m fighting sick but needed to last today because it was date night today! The abominable bride in theatres because ian is awesome and bought tickets early so we wouldn’t miss out. this was a fantastic malty, delicious start to my day.

Abominable Bride just makes me think of the Abominable Snowman from the Rudolph movie, with a bouquet (of rocks?) and a veil.

The Sherlock episode? Why not watch it on TV?

1) we don’t have cable and 2) the episodes are like mini movies so it was fun to see it in theatres. :)

It was kind of odd… however, I did watch it as if it was the new season which I found out was wrong.

We don’t have cable either, we pulled it off of BBC.

Aaaahh. I’m so jealous you got to see it in theatre! I dl’d it but that’s totally not as good as seeing them blown up on a big screen, while you nom on amazing popcorn. :D

it was a god date night. happy we did it, esp as i missed out on the anniversary dr who stuff in theatres. Plus extra special bonus stuff for theatre only.

This tea has a pleasing aroma of sweet hay. It tastes sweet and malty with flavors of sweet potato, brown sugar, and a hint of cocoa. It is good but not impressive.

Scent of dry leaf is very sweet and brown sugary. After steeping, taking the lid off the gaiwan and inhaling I get an overlay of smoke on top of an underlying sweet rock smell. Tasting at 30 seconds and this has a mild bit of smoke but not unpleasant, somewhat woody and sweet but at the same time highly mineral/rocky and a little dry and dusty. At 60 seconds, while inhaling the aroma from the gaiwan is sweeter and more malty, the flavor is more dusty and the campfire smoke is more pronounced along with a barnyard note.

A pleasant and good quality jin jun mei but not one I personally need to keep on hand. Luckily I still have a good stash of my ultimate jin jun mei so I have time to find a replacement. :)

Is your ultimate JinJunMei not available anymore?

Sadly, yes. The Last Dodo & I grabbed a bunch at MinRiver Tea’s going out of business last gasp. Someone else has to carry the same source (of which I have no idea what it is), but I haven’t found one comparable yet.

This is a warm silken blanket for me this evening. Very custardy with chocolate and malt and such a thick creamy texture. Barbecued sweet potato skin cut through with a touch of smoke. very nice