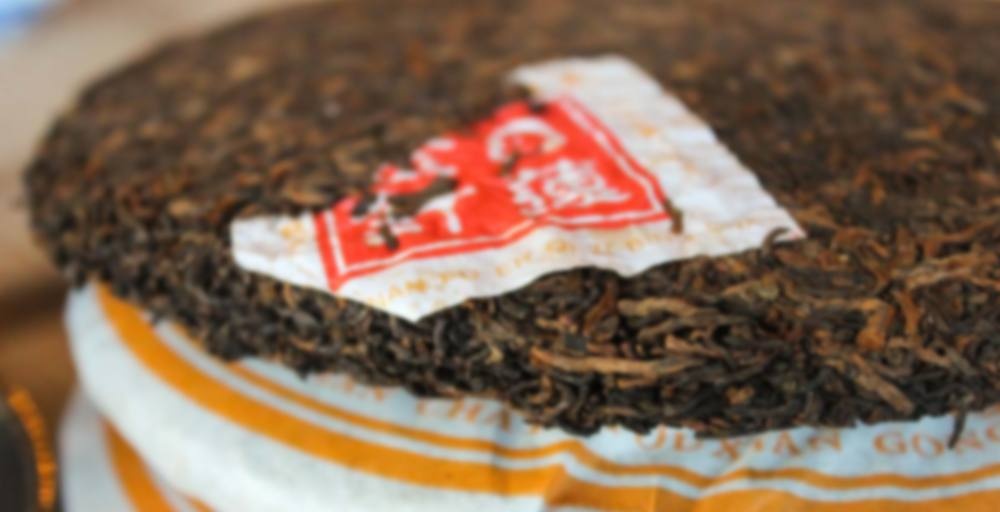 by Verdant Tea
79
You

This golden buds pu’er has a rich, thick and commanding flavor. The first sips are full of cinnamon oatmeal flavor, and sticky rice aroma. We love the big and commanding body on this pu’er. This is the Syrah or Cabernet of the pu’er world in the way it engages the whole palate. The aftertaste lingers with vanilla and orange blossom.

This shou has a much different aroma than I’m used to in general for shou. I heated the gaiwan for a minute with boiling water, then poured it out and let the dry leaf sit inside for about thirty seconds. Light, very sugary and vanilla-like, followed by tapioca pudding. After the rinses and the first couple infusions, the wet leaf has plain oatmeal and sticky rice. At the middle of the session, a leather note appears and becomes more dominant the more I steep the leaf.

The liquor is creamy and full-bodied with a mellow attitude yet a rich character. Not yet awake, this shou has yet to present itself in the first two infusions, which have faint notes of vanilla, raisins, and homemade baked bread made with molasses. The third infusion is pure cocoa. Sticky rice and bread appear in the fourth. At this point the shou begin to tell me to “woooaaaah there, man, sit down and take it easyyyyyyyyyyyy, yeahhhhhhh.” Infusions five through seven continue to have the stick rice note, but also mixed with damp earth. Cinnamon, creamy aftertaste, as if one is drinking warm milk with powdered cinnamon sprinkled on top. Beginning with the eight infusion, the shou weakens, but still going are the vanilla and sticky rice. So rice, very tapioca.

Have this all year around. Doesn’t matter the weather and the temperature.