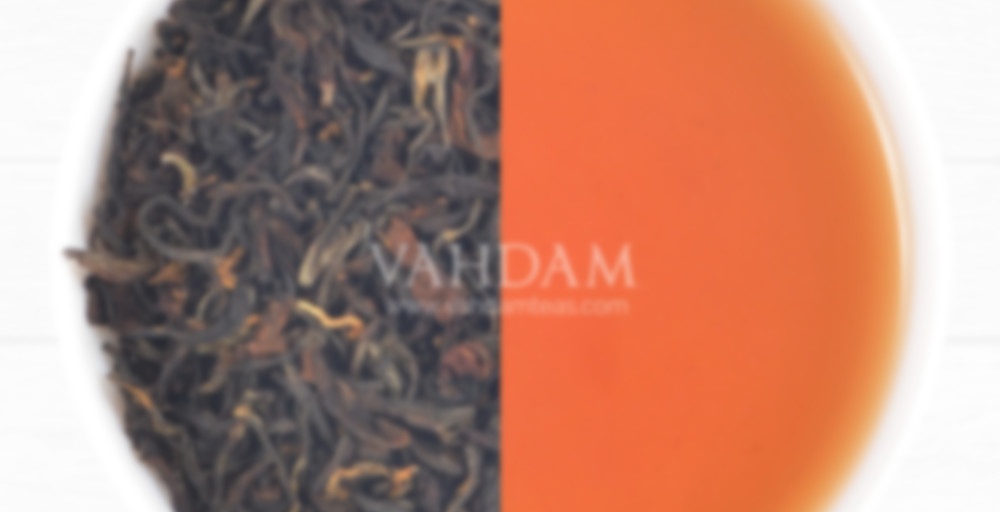 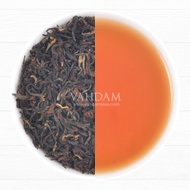 by Vahdam Teas
75
You

Presenting the 2016 harvest of our much awaited summer gold blend. This Organic Darjeeling is picked from high elevation estates and blended to create an excellent full bodied and excitingly flavoury second flush tea.

Another sample from the black tea sampler from Vahdam.

I admit that I used too many grams of dried leaves when steeping this. My sample was only six grams, and I didn’t want to use a regular amount and not have enough left over to use in the future, so I steeped the whole sample: 6 grams in 12 ounces of nearly-boiling water for 3 minutes, 15 seconds.

The color of the liquor was a beautiful copper with red hints. It was nice.

The aroma was a sweet muscatel, which also translated into the flavor, along with the usual wet rock/mineral flavor I find with second flushes. There was also a bit of stone fruit in there—apricot, maybe?

Overall, it was a good tea, but not one that I would order on its own. There are other second flush (summer) Darjeelings that I’d prefer over this one. Maybe my opinion would be different if I used better quantities. :/