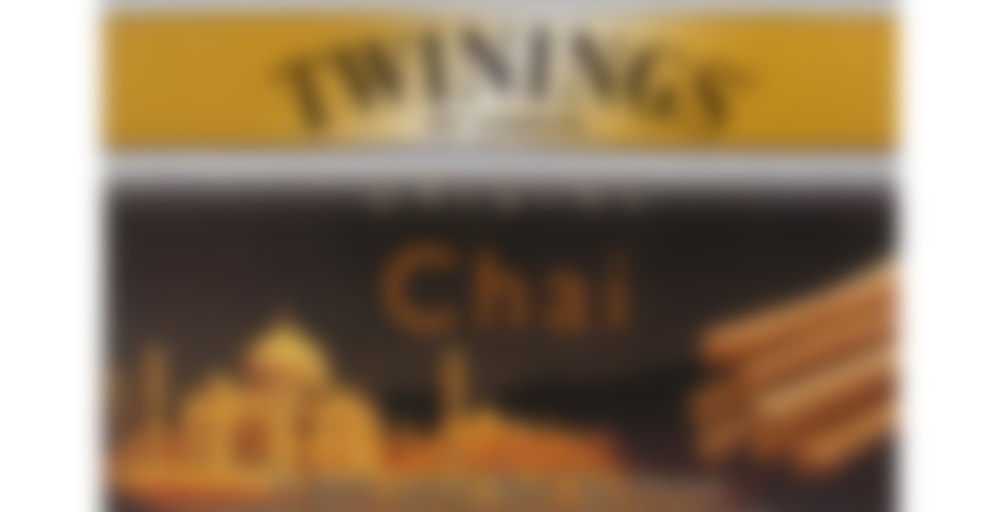 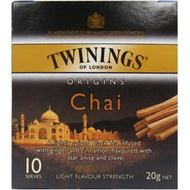 A lightly spiced Black Tea infused with ginger and cinnamon, flavoured with star anise and clove.

This is a really beautiful Chai that has all the right proportions – black tea with high notes of ginger and cinnamon and low notes of cloves and star anise. The tea itself is really lovely no bitterness at all and although the packet says it’s a light strength I’d say it’s at the high end of light and probably more of a medium strength brew.

I made this by infusing the tea bag in half a mug of boiling water for 4 minutes whilst I heated milk with a teaspoon of runny honey and half a teaspoon of sugar, I added this to the tea and hey-presto a truly decadent drop of chai – the honey and sugar highlight the ginger and cinnamon. Made this way it makes for a cup of desert and is a very good satisfying replacement to a cafe store late and much nicer also.

Compared to other chais that seem to focus on the spices at the expense of the tea Twinings do a brilliant job of keeping the black tea as centre and enhancing the taste of the tea rather than replacing it with an overload of spice. The focus on ginger and cinnamon is perfect allowing you to enjoy the other spices without feeling like they’re taking over the tea.

Very impressed with this and highly recommend to Chai lovers and to those who have tried chai and felt overwhelmed by spice.

I really enjoy this Chai with a dash of milk and a teaspoon full of sugar.

Boiling 1 min, 0 sec
Yours I Like This
0 likes
0 comments
Edit

A close childhood friend of mine is Punjabi, and whenever I visit, I am treated to wonderful, homemade Chai tea. Although this tea is not the same as the homemade version I am used to, I found it to be quite delightful in the Autumn.