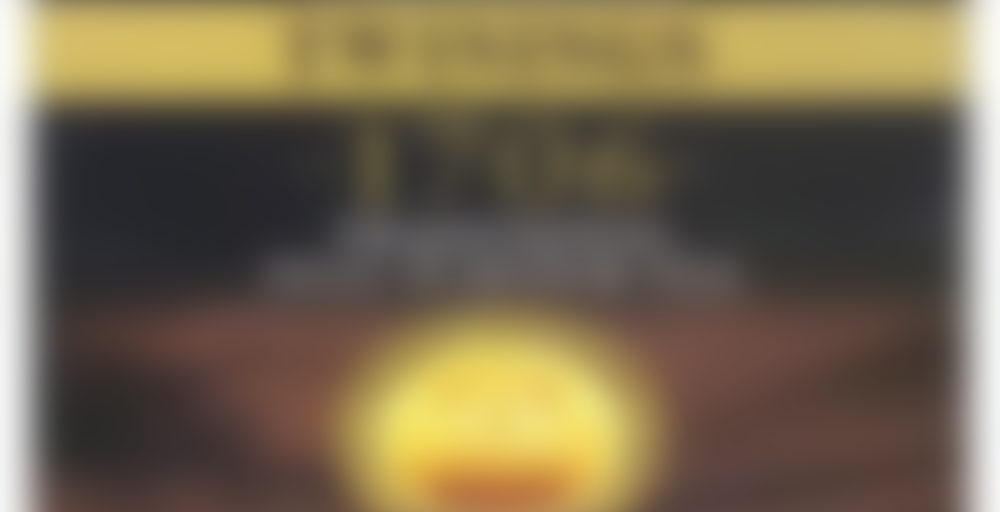 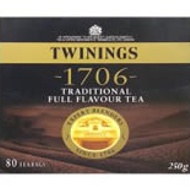 In 1706, Thomas Twining first set up shop on London’s Strand. In the age of coffee shops, he was the man who loved tea and was dedicated to discovering the world’s finest.

We created our special 1706 tea for tea-lovers like Thomas. Bright, strong, and full of flavour, it’s a blend of only the highest-quality teas from Africa, India and Ceylon.

I swear, you cannot go wrong with this blend. It’s not OMGAMAZING but it is pretty darn good and also very forgiving, as far as steeping time is concerned. Two thumbs up for today’s cup for sure!

I have this in my camping box. No kidding! I figure that this tea could make any funky water drinkable.

Loved this when I found it on a trip to the UK last year, and brought home an extra box… only to discover that not only is it not available in the US, it is not going to be available again in the US, either! I even went so far as to email Twinings and they told me that the demand for this tea was not high enough to produce it in the USA… but it appears it is still in demand in the UK, and I learned it can be found at almost any Tesco store. My response to Twinings was that of course it’s not in demand in the US… when you stop producing something, eventually the demand dwindles to zero, and people won’t discover it because it is no longer being sold. So it’s a self-fulfilling prophecy, if you ask me. I would love to have a LOT more of this tea. It is definitely one of my favorites. But it appears that for a box of 80 bags, it would cost me $10.40 USD plus $4.50 USD shipping to have a box shipped from the UK. Bummer. If anyone knows how to get it less expensively, send me a note!

If you live in the united states, I would encourage you to check out the web site www.teadog.com . They sell many teas that are hard to find or not sold in the u.s. (and they have a good supply of them). I checked for the Twinings 1706 and currently they have 17 in stock. Admittedly, their price + shipping would be more expensive than ordering from the UK but on the flip side you don’t have to wait several weeks to get your order . I recently ordered a package of Tetley that is made in UK (and not sold in the u.s.). Happy shopping to you! :)

Ever since buying this tea in London year before last I have been unable to drink anything else. I like my tea traditional. I am going to DIE though, as I usually buy it from Twinings USA online – 4 boxes at a time. My supplies are running low and when I tried to order more yesterday, they said that they are out of stock and since it is in such great demand are not planning on restocking? Huh? WHAT AM I GOING TO DO!!! Aughhhhhhh… Does anyone have a clue where I can find more online or on home base in Miami please, please, please.

It’s a very strong tea— I usually drink it black but others might prefer to add a bit of milk. A good pick me up in the morning.

Bought this as it was on sale. I have to say, there must be a reason it was because it tastes terrible to me. I’ll try a few more mugs and some different brewing techniques to try and salvage the box, but I’m not optimistic. Weak and unpleasant indeed.

I do enjoy Twinings Everyday, Assam, English breakfast though. Hmm.

This is the blend that used to be called 1706, and which I remember really enjoying as a teenager before I “found” tea properly. It’s nice to revisit, although it’s not quite as impressive as I remember it being. I feel like it used to have more presence, and more to differentiate it; it was somehow “softer” than English Breakfast, less tannic, with a lot of sweet maltiness. Now, I think I’d have trouble telling the two apart.

Today’s cup, I’d say, was a slightly more tannic version of English Breakfast. It’s a good, hearty “builder’s” style tea, for sure, absolutely great with milk, and robust in flavour. I could say the same about their English Breakfast, though, which I find noticeably stronger and maltier than their Everyday blend. The effect you get with English Breakfast and English Strong Breakfast largely depends on how long you leave it to steep – ESB is perhaps a little quicker to achieve strength, but you can get there with EB quite easily.

I feel like these two are basically the same tea, and I don’t think there’s a need for both of them in a range that already has a lot of black breakfast-style blends. 1706 used to be a heritage blend, rather than just an EB clone; I’m kinda sad seeing what it’s become.

I have this tea in my camping box…I bought it years ago on a trip to London and I’ve kept it nice and dry ever since. It is Intense, like a really good English Breakfast on steroids…A really good Intense. I take it camping because it can make any water palatable and it has the OMG wake up in the morning effect :)

One of the best you’ll find in the supermarket. Makes a nice strong brew.

When I first moved to England for a semester abroad, this was the first box of tea I bought because it was on sale. There were 80 tea bags in that box so I became addicted to it. I drink it in the morning because the caffeine wakes me up. It’s pretty strong and takes getting used to. Personally, I can’t brew it for more than a couple minutes, otherwise it gets too strong.

I love this traditional, black tea. Full bodied and a great “pick me up” in the middle of the day.