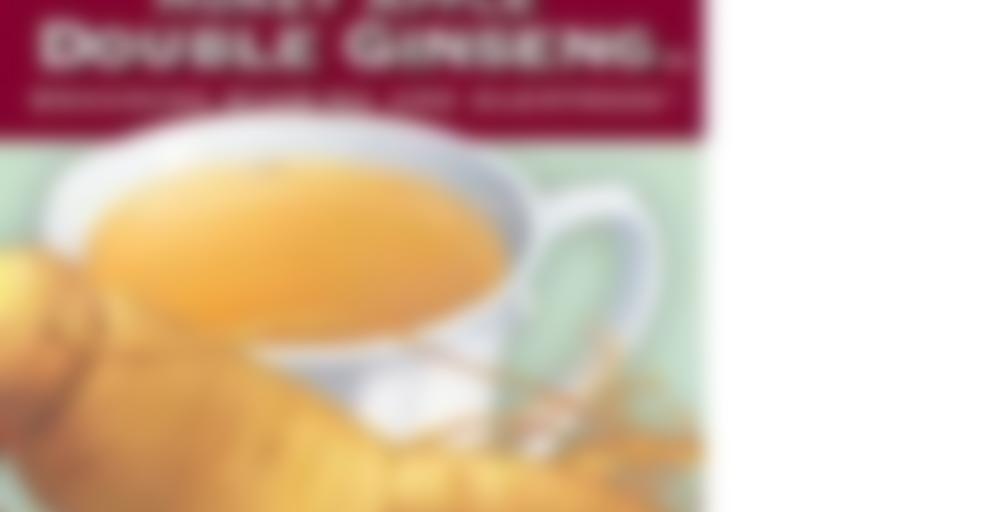 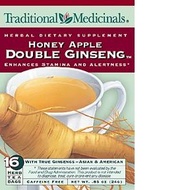 by Traditional Medicinals
--
You

Honey Apple Double Ginseng™ enhances stamina and alertness* with tonic herbs traditionally used in health promoting formulas to boost and replenish ‘vital energy’, also known as ‘qi,’ or ‘chi.’ Traditional Medicinals’ formula includes four major tonic herbs. Asian ginseng root and American ginseng root are the true ginsengs. Siberian ginseng root and Prince ginseng root, while not “true” ginsengs, have earned the name “honorary ginseng” because of their invigorating and adaptogenic properties. This strong tonic base is harmonized and moderated by licorice root and chamomile flower, then laced with the flavor of honey and real apples to entice those not familiar with the earthy taste of ginseng to enjoy it daily.

The Republic of Tea 65