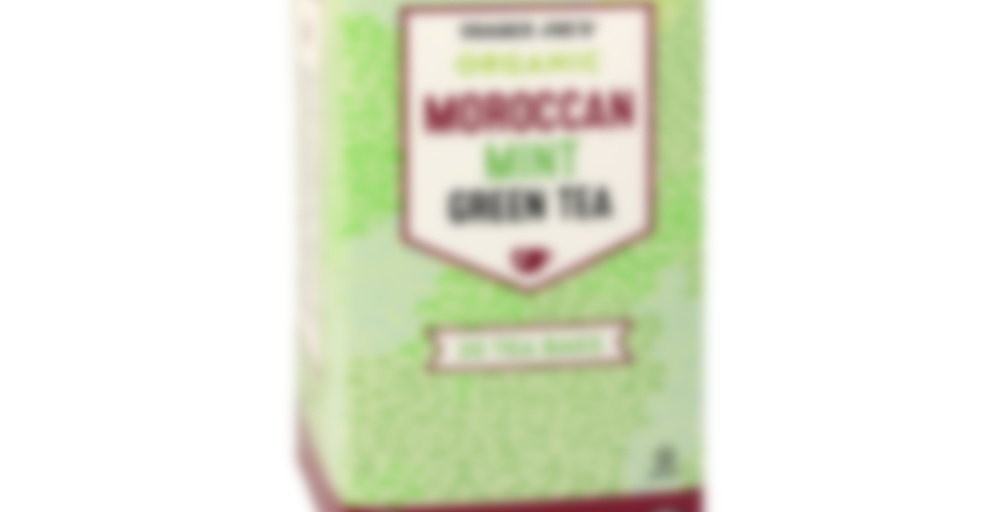 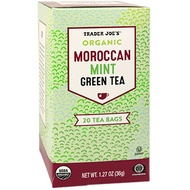 Organic Moroccan Mint Green Tea is a blend of organic spearmint from the American Northwest, blended with organic green tea from South India. A sprinkling of lemongrass completes both the ingredient listing and the flavor profile – it provides a citrusy zest that rounds everything out and makes each cup immensely enjoyable.

Once steeped (a few minutes in a mug of water that’s come to a full boil will do the trick), the tea itself is close to perfection. As you relax in the evening, a freshly-steeped cup of Organic Moroccan Mint Green Tea is pure comfort. When the warmer weather beckons, you can pour the brewed tea over ice and garnish it with a sprig of mint or a wedge of lemon for a refreshing unsweetened iced tea option. We speak from experience here; this is delightful on a spring or summer afternoon.

Brewing Instructions: Place one tea bag in an 8 oz. cup. Bring cold water to a rolling boil and let cool for 1 minute. Add water to cup and steep 1-2 minutes.

For a refreshing quart of iced tea: Use 4 tea bags for each quart. Bring cold water to a rolling boil. Let the water cool 1 minute after boiling. Pour 4 cups over tea bags and steep for 1-2 minutes. Remove bags and pour over ice filled glasses. If desired, serve with sweetener.

I like this, reminds me of the Moroccan Mint at Menara Moroccan Restaurant in San Jose. I miss eating out. Theirs is a bit sweetened, with honey I think.

The main flavor is spearmint. Okay, it reminds me a bit of spearmint gum too. Anyway, good classic flavor.

Ha, I tried adding this to a smoothie to get “mint” flavor, and my smoothie tasted really weird because it was so spearmint heavy and not peppermint. Then I looked at the ingredients and had a major oops moment. There was only spearmint in it, no peppermint! In my head I assumed it would at least be a blend. After that I just drunk the rest in a water bottle, heh. (The smoothie really needed a peppermint flavor).

Decided against better judgment to stay home with the migraine today (work gets pissy whenever someone happens to “be sick” on a Monday or Friday, but damn it all) so I promptly got a batch of this cold-brewing first thing this morning so I could sip on it throughout the day to help with the nausea. Mint and ginger are two of the only things that help curb that rather unfortunate side effect. I don’t have a Trader Joe’s anywhere near me, but my friend Todd sent me a box of this from one of his Bay Area stores when he made a Taylors of Harrogate Yorkshire Gold run for me (which is another tea that isn’t sold in any of my local stores). Popped four teabags in a quart-sized mason jar and left it until it was that brown color you expect of mint tea.

Cool. Refreshing. Has that nice, fresh, cool menthol mintiness of spearmint that settles in the back of the throat and is calming on the tum. Mildly grassy from the green tea, and there is a gentle citrusy burst from the lemongrass, but the spearmint is the dominant note. Satisfying. I should get another jar steeping now as it will probably go quickly.