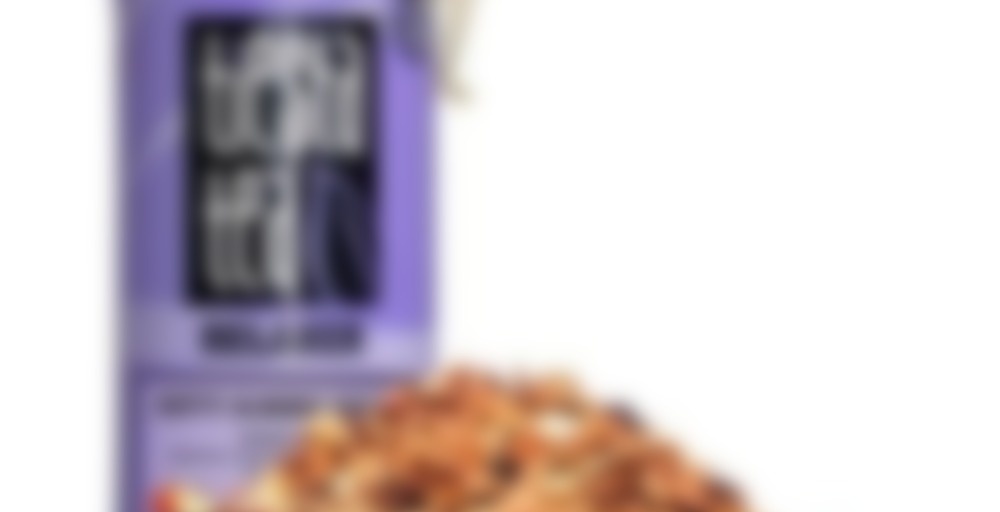 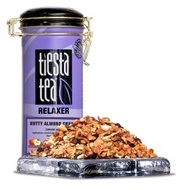 by Tiesta Tea
79
You

with 39 Ratings Rate this tea Rate This Tea

Sweet almond with apple and cinnamon provide a nutty finish to the soothing blend.

So I made a huge order from Tiesta Tea during the 50% off Black Friday promotion. Most of my order was their smaller sized bags, but for this and a few select others, I opted for the 4oz tin (not like this is a review of the tin but the tin happens to be pretty nice). I’ve been really into creamy teas lately and this one really hits the spot. It’s a bit strange since it looks like you are drinking pink lemonade but it tastes nutty and creamy with a hint of fruit (likely coming from the apple).

Around the edge of my mouth I’m getting a bit of a sour taste probably from the beetroot but it’s not off-putting. I added sweetener, so I imagine it would be more present without.

Happy with this part of my purchase!

I’m a huge fan of almond…I love it in cookies, candies, cakes, whatever. So, when I found this tea at the shop, I just had to try it. I wasn’t expecting the almond flavor to be as gorgeously full-bodied as it presents in this brew! The fruity flavors are definitely there as well, and allow a touch of sweetness to this tea, but the almond creaminess is to die for. I didn’t expect to find a tea-cupboard staple so early in my explorations, but this is definitely a keeper!

Mm, I love this one

I wish I could find refill bags of this locally!

Elizabeth where are you located? If you give me a zip code I might be able to lead you to a place.

That would be lovely! I do live in the middle of nowhere, though, so I’ll keep my fingers crossed. My zip is: 12043

You are right… we aren’t nearby yet but you should request it at your local grocery store or cafe :). The nearest place we are by is Hannaford.

This was one of my many Black Friday splurge purchases. Tiesta is already pretty reasonably priced, but they had a 50% off deal plus free shipping, so less than 6 bucks for 2 teas. How could I resist?! Well, I’m really glad I did because this tea is seriously already bordering on “cupboard staple.” Yeah, it’s that good.

The smell alone is amazing. Nutty, warm, cinnamon, like a baked good! I think the name is a little misleading though, and the ingredient list is more telling of the actual flavor: almond, apple pieces and cinnamon (along with beet, which adds no flavor but makes your cup hot pink and slightly sweet!). This is like an apple danish in a mug more than an almond cream tea. Rich, creamy, nutty, apple sweet with a perfect amount of cinnamon. It’s not sharp, slightly spicy cinnamon but the warming kind you find in a really good apple loaf. It’s one of the most comforting teas I’ve had, it’s also fantastic and slightly sweet without any sugar which makes it a calorie-free treat. Plus caffeine free! I only have 2 ounces of this and I think it’s going to run out really fast.

I’m giving this one a rating of 100. It’s just that good! Plus, I’ve searched far and wide for a caffeine-free dessert blend that I would like to have around at all times. This one is it!

It’s a delightful smelling tea. It also looks good enough to eat. In fact, I ate a small bit of the tea right out of the package. I’ve never done that before! It was good. Anyway, the brewed tea has a wonderful nutty and creamy flavor. I didn’t get “almond” from it, but I did get nutty. It’s really just a melt-in-your-mouth kind of tea. I could sip this all evening and not grow bored. Well done, Tiesta!

I brew this at a lower temperature, not because I want to, but because that’s as hot as the water gets from the dispenser at work!

I love the color of this tea! It’s a pretty berry-pink when brewed, which I just love to look at. The flavor is fruity – I notice the apple notes more than the nuttiness. Overall, it’s very smooth. The nuts add a pleasant body to it.

This is one of my favorite teas. I could drink it all day.

83
Recommended
AJRimmer
1809 tasting notes
from the tea box! I was afraid I wouldn’t like this one since I’m not a fan of Davids Forever Nuts, and they seem similar. Happily, this one tastes much better! I did accidentally put too much sugar in, so the sugar is probably helping, but the flavor is like a light cinnamon with some cream and a nutty aspect. I’m enjoying this!
Yours I Like This
6 likes
0 comments
Edit

Definitely a Forever Nuts dupe and at a fraction of the price. It’s not as… nutty as FN, but I got a bag of this for $1.18 at Target so I have nothing to complain about. I bought 2 bags and filled up my tea tin.

This tea brews up a surprising pink, but is just as sweet, creamy, and nutty as it smells. The flavor is on the light side, so perhaps adding more ‘leaves’ would help strengthen the brew. It has hints of apple, almond, cinnamon, and cream that leaves a nice, comforting feeling behind. I’ve noticed others have compared it to David’s Tea Forever Nuts; I had a sample of that one quite a while ago, but I recall being unimpressed with it. Tiesta Tea’s version is one I would go to rather than David’s Tea (although perhaps I just need to try it again).