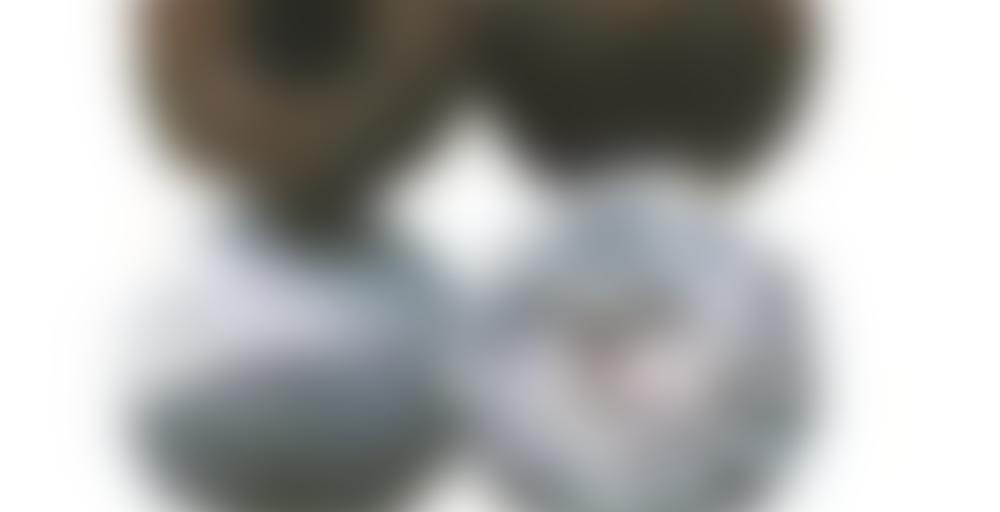 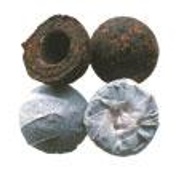 Introduction: Made from the large leaf ‘Dayeh’ tea plant varietal, that is better known as Camellia Sinensis ‘Assamica’. The Tuocha refers to a family of bowl shaped teas, commonly available as Green tea Tuocha, Black tea Tuocha and Puer Tuocha.

In making the Puer Tuocha, more mature leaves of the tea plant are selected in summer, sun-dried, steamed, and then shaped into small bowls. The process of shaping of the leaves has changed over the years from ‘old-style’ wooden molds or hand pressing, to more mechanized and automated steps. The leaves are processed with a fair amount of moisture so as to allow a natural fermentation to occur and darken their color. Some tea processors will let the leaves undergo this fermentation for a month to achieve the desired flavor. Individually wrapped with paper, the Tuocha are an ideal size (3 grams) for individual serving.

Flavor Profile: Mini Puer Tuocha has a characteristic full-bodied and earthy flavor. Can endure long steeping times without gaining any astringency and can be re-infused at least three times.

The Pleasures of Tea 78

I really enjoyed unwrapping this little parcel of tastiness. I didn’t know what to expect from this tea, as I have not had a lot of experience with pu’erh’s.
My first brew of this parcel – was for 3 minutes in almost boiling water. When I looked into my cup I saw an espresso coloured liquor, that looked like it would be just as thick as an espresso. Brewed aroma is deep, earthy and nutty.
The taste of this parcel is exactly how it smells: deep, thick, earthy and nutty. It’s good!
Am only on first steeping…will rate again later.

I just picked up some more of this from my grocery store, and I tasted something I never tasted before – a chocolaty note! DELICIOUS. Maybe i’m noticing it because this new batch of tea is fresher…idk – but this tastes even better than I remembered it!

Small leaf pieces and a standard, basic shou taste. Because of the leaf shape, it’s easier to brew this Western-style than gongfu, but I did try both. It didn’t impress me either way; that said, it’s less expensive and more widely available than many similar teas of equal quality, so for someone just getting into pu-erh, it’s a good option.

The dry nests have a heavy, whiskey-like aroma. The nest fell apart fully after the first steep.

This one followed the pattern I seem to be observing where the first steep had a slightly lighter mahogany color, then the steeps darkened in color to a coffee color through the fourth steep and then began to lighten to a dark amber with each subsequent steep.

The first four or so steeps smelled of cocoa, coffee, molasses, and a little leather. It tasted like it smelled.

Around steep four, the flavor started to fade some and an earthy note came out.

Another observation: the shu pu erhs I’ve tasted mostly don’t really change all that much except for a shift around steep four when the start to fade. I tend not to really enjoy the later steeps that have less flavor as much. While I’ll continue to steep them through 10 steeps to be able to compare more accurately for initial note purposes, if I were just drinking for the sake of it, I’d probably stop after steep 5 in most instances.

Through steep 5, this was a nice tea with rich flavors, and no fishiness. I enjoyed its departure from the usual mushroom notes I get with shu.

Now that I’ve done some cupboard purging to get rid of things I seem to no longer have, I can report that the current status of teas in the cupboard with no initial notes is:

The tea tastes and smells exactly like the leaves did. It is dark and rich with intense earthy tones. It is like mixing dark hot chocolate with espresso, taking the sweet and the bitter out of both.What is left is comforting and caffeinated. This is a great morning tea because it wakes you up a lot like coffee with less caffeine and a better flavor.

For a more detailed tasting note check out my blog: http://teasnobbery.com/2010/07/09/tea-review-puer-tuocha-from-tao-of-tea/

I lived in my car for a few months last year as I drove around the country exploring and trying to figure out where I wanted to live. Whenever I stayed the night at a national park, I would wake up early, boil water on my camp stove and make cup after cup of Tao of Tea’s Pu-erh Tuo Cha. Such an amazing way to start a day whether among the ominous Colorado rockies, deep in the evergreen forests of Washington, or lost in the Iowa corn fields.

Boiling 4 min, 0 sec
Yours I Like This
0 likes
0 comments
Edit

First some Dead Guy Whiskey, then some Daily Red wine.

How to finish the night?

Some of most delicious tea the great spirit could ferment for us: pu-er, and it’s certified organic!