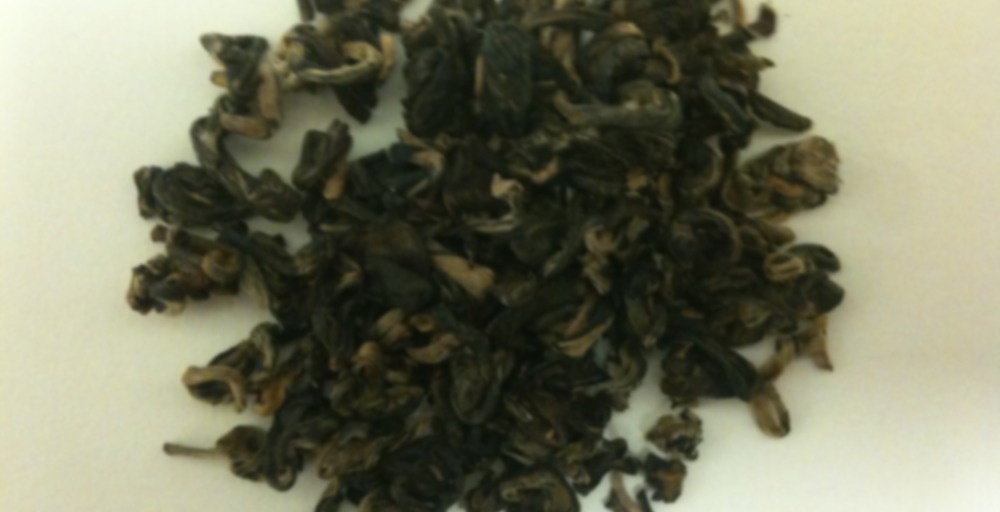 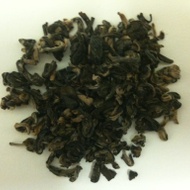 Black Spiral is a malty, gold leaf black tea from one of the main tea growing regions of China. (Hunan Province, China)

The Path of Tea

A true gem I discovered thanks to Steepster. So smooth it’s like drinking hot chocolate. yummm

How long did you have it steep? By the way thanks to you & TeaEqualsBliss I am really enjoying the world of tea. I tried a tea called Scottish Breakfast and a Robio (?), anyhow it was all very delicious & fun.

I had a hunch you would enjoy this one!!!!

@Laurence – I let it steep around 4-5 minutes. It does not get bitter very easily

This is SO – GOOD!!! OMG! Amazing! Every time I try a new tea from the Tao of Tea, I think I’ve found their best of the best … and then I try another one and it is just as good (or perhaps better, it would be hard to say!)

But what I can say is that this is absolutely delicious. The buttery flavor is there – and it astounds me that this is a black tea with that kind of note, because I’m used to finding it in a green tea or an Oolong, but, I not many black teas possess this kind of buttery taste. It smells delightful.

This is definitely one I need to spend a little more time with! It is so awesome!

It’s going to be difficult to part with any of this … but I shall save a bit for you. :)

teahee…thanks you are a peach!

I have been wanting to try this one and thanks to LiberTEAS I was able to TODAY! It smells very bold and chewy and malty and I just love it!

Taste-wise it’s a real gem too! Malty-YUM! It’s like a malty-black with buttery-lima-beans and sweet potatoes, ALMOST…I know that’s a random description but it’s the first few things that popped into my head and the flavor is out of this world! It really is!!!

By far one of my favorite teas. I love the golden color and the smoothness of this tea. I find myself drinking this after a long day at work mostly, and brew two or three cups when I can.

If you’ve enjoyed other “Gold Tipped” teas, my bet is you will enjoy this as well.

The flavor profile provided by Tao of Tea is spot on. I was particularly fond of the sweet potato undertones. This tea was fantastic and held up to repeated steeping without astringency as promised. Would drink again.

This tea is so smooth. I steep it in a 24oz bottle and drink from it throughout the day. It never gets bitter.

Here is yet another tea review from the backlog. I cannot remember exactly when I finished the one ounce pouch of this tea that I bought back in the summer of 2016. I’m guessing I went through it either at the end of May or start of June. Surprisingly, this tea had mellowed without losing much of its complexity. I found it to be a very nice black tea that was quite similar to many of the Yunnan black teas I have tried over the years.

Prior to the rinse, the dry tea leaves offered aromas of brown toast, malt, honey, and sweet potato. After the rinse, I picked up aromas of butter and cream. The first infusion then brought out an aroma of brown sugar. In the mouth, the tea liquor presented mild notes of brown toast, malt, honey, butter, cream, and sweet potato that were balanced by notes of brown sugar and molasses toward the finish. Subsequent infusions saw molasses emerge on the nose alongside some subtle scents of cocoa and citrus. Stronger molasses notes appeared in the mouth on these infusions as did new notes of orange zest, cocoa, smoke, minerals, and roasted walnut. A rather subtle camphor impression also became notable on the swallow. The final infusions offered impressions of minerals, malt, butter, cocoa, and molasses that were backed by orange zest and sweet potato hints and a slightly heavier camphor presence.

Compared to a typical Yunnan hong cha, this Guangxi hong cha was a much more mellow and much smoother tea. I have been meaning to investigate some of the black and green teas produced in Guangxi for at least a couple of years now, but just have not gotten the time. This tea made me want to resume that investigation, but I have no clue when I will get around to it. I definitely need to try a more recent harvest of this tea at the very least. If you are a fan of the Yunnan hong cha flavor profile, I am willing to bet that you would enjoy this tea. At least consider giving it a shot if you are a fan of Yunnan black teas.

Sipdown Challenge Black History Month:
Since I don’t currently have a tea from a black-owned tea shop I decided to make a pot of this. This is one of my favorite black teas that I am working on finishing off. I would love to get some more of it though because I think it’s a good one to keep on hand. Malty sweet potato yumminess and all.

Finishing off a tin that I’ve stored for a long time – the flavors and aromas are muted compared to what they once were, but the smooth, autumnal character hasn’t changed.

Brewed in my black tea-filter-cup, I can’t fairly remark on the appearance of the liquor.

I’m curious about the origin of this tea – since it is from Guangxi I don’t think it is related to Biluochun (the famous Green Snail Spring tea sometimes called Green Spiral); I see Hojo sells a “Golden Bud” tea made from Ling-Yun Bai-hao, also from Guangxi, but that appears to be processed more like what Tao of Tea sells as “Emperor’s Gold” (from Yunnan). Sometimes more research just leads to greater confusion, so I’ll stop here.