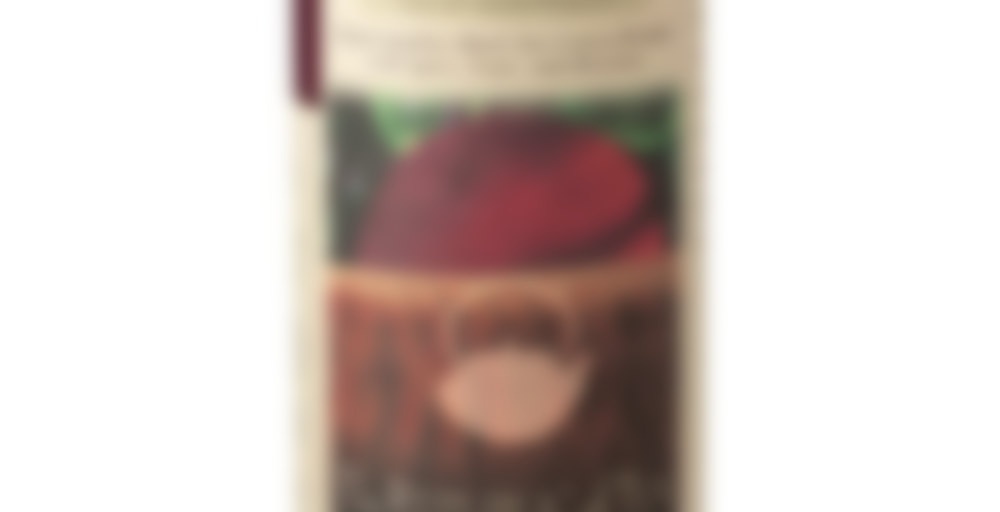 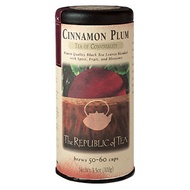 by The Republic of Tea
64
You

Tea of Conviviality – This cup begins with the zesty zing of cinnamon and finishes with the deep resonance of wild, ripe plums. It is a complex, yet soothing tea, perfect in the afternoon or early evening when a clear head can become a welcome friend.

Every so often I need to try making myself drink things like this that I’m not hugely fond of. I do like cinnamon and plums but this tea is very light, and weak. I wonder what base they are using here for the black tea, perhaps it’s a ceylon, I’m not really sure. I would not be too tempted to buy this one again, it’s overpriced. You’d need to use at least two teabags in an 8 oz mug.

That’s what I found when I had this many years ago. I expected to love it, but it was just meh.

I have yet to find a Republic of Tea that I think is really good… I am just planning to not buy them anymore.

I was the same way…I really really wanted to like them, but I just didn’t. My husband (mostly) created their logo many years ago, incidentally.

I agree completely with your review Amy.

Maybe I should try cold brewing it before I throw the rest out, not sure I can bring myself to finish it

I think cold brewing it would work fine…. you probably already know to add extra tea for cold brewing. ;)) I even add extra RoT tea for hot tea.

I got a sample of this a few years ago in my Christmas stocking and really disliked it. However, that was when I was first branching out beyond Constant Comment, and learning about things like steeping times. Since I was so pleasantly surprised by the RoT’s ginger peach tea, I figured I’d give this a shot; I like cinnamon (a lot), I like plums, and it sounded like a yummy, yummy tea.

Turns out, I should have gone with my first impression. I didn’t loathe it as much as I did back then (I vaguely remember actual nausea), but it was a really unimpressive cup of tea.

Even with two bags and steeped for a full five minutes, it was very bland and tasteless. I couldn’t find much plum at all. The cinnamon tasted … well, my mom had these cinnamon bark sticks in a tiny dish for decoration when I was a kid, and one day, when I was seven or eight and the cinnamon sticks were about the same age, I tasted one out of curiousity. It tasted like vaguely cinnamony paper, and old and stale to boot. That’s how the cinnamon in this tea came across to me. And the tea itself was pretty meh.

I’d blame it on the bags being old or something, but since this is pretty much exactly how I remember it tasting, I think maybe it’s just not for me. I’m glad I tried something else first, or I probably would have never touched another RoT tea again.

I enjoy sipping Cinnamon Plum because it features right blend of cinnamon spice and hearty plum. It’s a bit too much in the summertime, though. And I don’t enjoy iced. This is a nice variety during the holiday season/winter months, because it packs a lot of flavor in a rich base.

I decided to give this tea another try, and chose it as my before bed cup. I managed to get a pretty good brew with boiling water. Now I’m thinking the water wasn’t hot enough for my previous brews because this time I managed to get a pretty good cup. I used 3 tea bags in a large 3 cup mug and over-steeped the tea by leaving the bags in while I sipped. I was able to coax out more of my beloved tannic flavor; and also added a touch of dark honey, which brought forth more of the plummy flavor.

The taste of cinnamon is still not very noticeable but I detect it somewhere in there tempering the flavor from becoming too bright and fruity, and also adding a touch of warmth to the overall composition.

I’m wearing Natori by Natori while I sip this…..a plum,rose, and amber fragrance with a touch of patchouli.

I received this as a gift and find it to have a rather mild flavor. Most of what comes through is the black tea with a hint of cinnamon. Not really detecting much of the plum. It’s drinkable but not exciting and not the first thing I reach for.

Oh, eck, blech! ROT strikes out again! I taste tea, I taste cinnamon and I taste perfume like floral that I guess is supposed to represent plum? Adding sugar redeems nothing and my mouth is left feeling dry. Down the sink it goes!

This is a pretty good tea, my mom’s favorite really. Not exactly my thing, though.

This was an okay tea- definitely not my favorite. The flavor is okay, but a little too sweet for my tastes. I also found that the tea was just not as flavorful as some of the others from RoT- like Blackberry Sage.

Just the right amount of sweetness, and not too much cinnamon.

I haven’t had this in a while but I wanted to add it to my list here on steepster. I enjoyed it and will enjoy it from time to time just not in my top ten for RoT tho