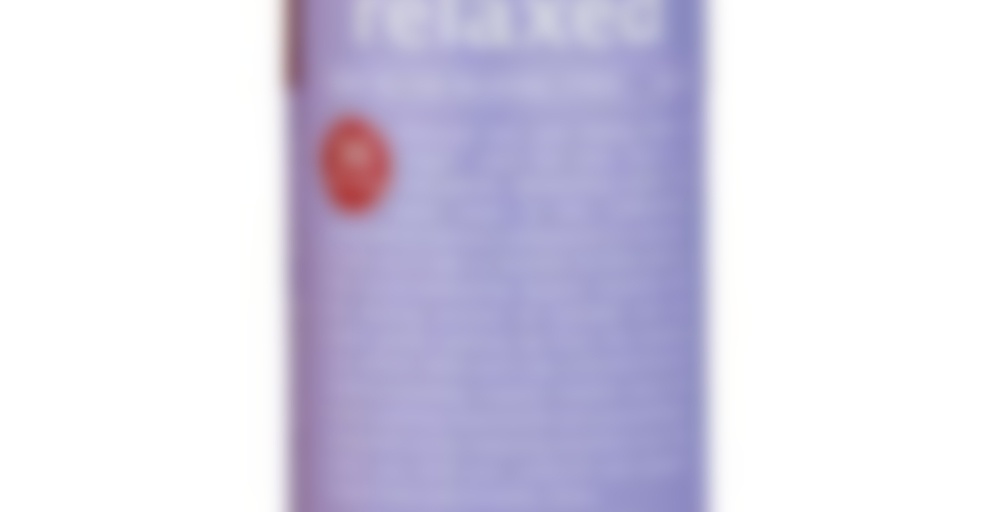 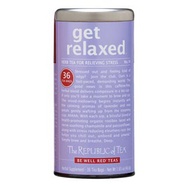 Get Relaxed - No.14 (Wellness Collection)

by The Republic of Tea
68
You

Herb Tea for Relieving Stress
Stressed out and feeling kind of edgy? Join the club. Ours is a fast-paced, demanding world. The good news is this caffeine-free, herbal blend delivers composure in a tea cup – if only you’ll take a moment to brew and sip. The mood-mellowing begins instantly with the calming aromas of lavender and rose petals gently wafting up from the steaming cup. Ahhhh. With each sip, a blissful blend of health-promoting organic rooibos laced with nerve-soothing chamomile and passionflower, along with stress reducing eleuthero root and kava helps you chill out, unbend and unwind. Simply brew and breathe. Deep.

Get Wellness - No.11 (Wellness Collection)

The Republic of Tea 65

Get Gorgeous - No. 1 (Wellness Collection)

The Republic of Tea 83

Get Soothed - No. 8 (Wellness Collection)

The Republic of Tea 79

Get Growing - No.15 (Wellness Collection)

The Republic of Tea 64

Get Charged - No. 3 (Wellness Collection)

The Republic of Tea 74

Get Some Zzz's - No. 5 (Wellness Collection)

Even two teabags don’t make this taste any better. I smell more roses. That’s it. This could be so much better. Revising the rating down. Will never buy this again.

Wow when I opened the tin I thought this seemed more like something better suited to a bath soap/soak. Truth be told it also smells that way while I’m letting it infuse. On the upside it takes me back to my grandparents house and all the fun bath salts and other perfumed products my grandmother kept…which was always very comforting to me when I visited.

I’m getting a lot of lavender and not much rooibos with each sip. I am also getting the hint of rose that others have mentioned. In all a pretty good relaxing tea. Which I really need tonight (well morning as it is after midnight). I think this might end up being one of my “go to” chill out teas for the evening.

tastes like a balanced blend of lavender and rooibos, with a hint of rose. Not too perfumey or too woody or too “herby.” Ok I guess. Will let you know if it calms me down. I do like the scent, but could do with less rose…

Boiling 6 min, 0 sec
Yours I Like This
3 likes
1 comments
Edit

Be lucky you don’t have my tongue- I get all rose lol. Love it:)

The smell opening the can nearly overwhelmed me. But not bad as a tea. Very floral and relaxing.

I got this tea last year for my Bday thinking “OMgosh rose and rooibos!” I thought I hated floral teas. Now I love them… still dispise red rooibos though, good thing I can’t detect it!:)

After a great yoga session on a Sundat afternoon, I had my first cup of this tea. Tasted mostly the roses, the chamomile taste is not detectable…just a nice relaxing herbal….

My last herbal and last bagged tea for the day. Although I think I may make myself some ginger water and chill it to have w/ my dinner. Hearing about light tea bags really has me doubting bagged teas even more. This one ways 1.43g. It is very light by weight, but not in flavor so I’m not sure I’d want it much lighter unless I steeped it for only 5 min (it suggests 5-7).

Boiling 7 min, 0 sec
Yours I Like This
1 likes
0 comments
Edit

Well I purchased this tea to help me Relax…just like it claims. I have a gerneral anxiety dosorder that keeps me up sometimes. Lately lot’s of things going on. New baby, 3 weeks later husband had to check in to a treatment center for illness for 2 months, then 2 weeks after that my father passed suddenly. Just a lot on the plate. So anxiety went up up up and I was looking for something to take it down a tad. Hence the purchase of the tea.
Well, It smells floral that’s for sure. As I read somewhere else, it’s a bit potpouri which I’m not crazy about.
After a steeping and a little time to cool …. it pretty much tastes like hot potpouri for me. I think I steeped it too long because it was almost overwhelming. So I tried it another day steeping it at the minimum time required by the instructions on the tin….a lot better. It’s nice….not my favorite. I am picky about my floral teas…and this one was just a bit too perfume for my taste. And then after reading the lovely disclaimer on Steepster, I think I’ll retire it. I never really felt any real relaxing effect from it. And apparently I could be damaging my liver?? So I think I’ll shelve this one. I have had much more luck relaxing with the Get Some Zzz’s blend.

A friend gave me a couple of bags of this tea. I abhor the taste of chamomile, but thankfully it’s not really detectable in this blend. Instead, I get lots of lavender and a hint of rose. And somehow, the flavors blend in a way that doesn’t make me feel like I’m drinking perfume. This is actually a surprisingly pleasant herbal tisane and I do find it relaxing.

I didn’t like this the first time I tried it- I realized I hadn’t added enough honey because omg with honey it becomes sooo yummy and relaxing. I love this tea and drink it whenever I need a breather.

I love the smell of lavender, but it turns out that does not translate into a love of the taste. I thought the bouquet was overwhelming and I did not enjoy this tea.