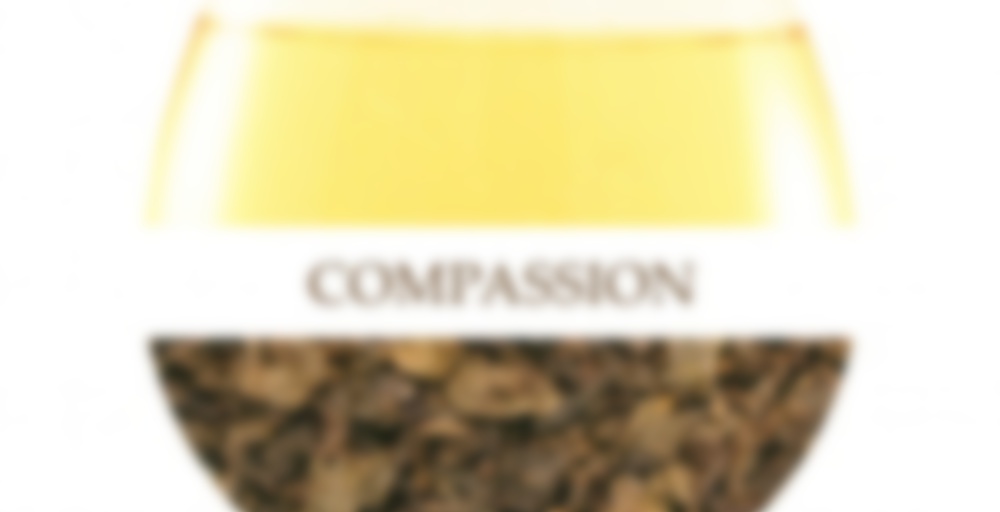 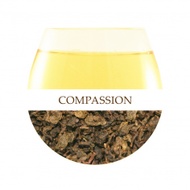 by The Persimmon Tree Tea Company
80
You

From The Persimmon Tree Tea Company

Also known as “Iron Goddess of Mercy” after an old Chinese fable, the Tie Guan Yin Tea is grown on China’s high hilltops amongst fresh streams and cool, crisp air. Tender loose leaves are gently basket-tossed immediately after harvesting to rupture the cells for semi-oxidization, giving the Tieguanyin Tea its signature bold flavor.

Increasing steeping time and temperature will draw distinctive flavor for each brewing.

This tea is new to me but this is really more a review of my trying a new steeping method. Bonnie pointed me in the direction of a video for using a teacup as a makeshift gaiwan. Today I dug deep into the cabinet and came up with two Corelle cups. They are bone white with herb designs around the outside. I poured water in them and found they held 8oz filled to the very top. Pretty and perfect for steeping just 4oz at a time. I also found a shallow pan to catch spillage.

I heated the cups and added 5-7g of nuggets to one of them. A scale is on my list for future obtainment for more accuracy. I covered the cup with the other and let the leaf absorb the small amount of moisture in the cup. The leaf smells minty. Minty? I read the ingredients – this is straight tieguanyin.

I heated and poured 4oz over the leaf and covered. I let it set for about 15 seconds. I really didn’t know how long to steep. Pouring into the second cup over the pan revealed a lovely golden liquor. The scent is minty and slightly roasted. The taste is light and vegetal.

The second cup has more heft but is still light. The scent is still roasted and minty but not in the sip. The more intense flavor makes me think nettle. I have no idea why as I can’t recall ever tasting nettle. It is sharp, prickly, and slightly bitter. It tastes way better than I make it sound. Maybe it’s my imagination but I think I am already feeling the caffeine. I know it has opened my airways.

The third cup is less prickly and more balanced. A little roasted in the aftertaste. Still not experiencing the typical latex aftertaste of green oolongs. What I am getting is just a nice cooling sensation.

This is unlike any TGY I have had before. Is it the leaf or the method? I won’t know until I try this again with my normal press method later. I am going to keep steeping and if I get major changes I’ll write an update.

I’m so excited that you’re doing this experiment! On the edge to see how this compares. Is this a Taiwanese Oolong (which would explain the cooling possibly)?

According to The Persimmon Tree website this is grown in China but no better location. When you have respiratory issues as I do, the cooling and open air passages kind of jumps out at you. Thanks for motivating me. My wife kept watching and asking, “what are you doing now?” I tried to explain – she kind of glazed over early in the explanation.

Link to the video, please? I can’t justify the purchase of … uh, basically anything right now, but recycling a teacup, that’s reasonable and plausible!

ask and you shall receive… http://verdanttea.com/tv/improvisational-gong-fu-tea/

The typical oolong aftertaste shows up in either the 4th or 5th steep.

A pretty golden cup of oolong – full bodied vegetal flavor, a little sweet but has a mysterious energizing crisp quality too, like almost minty, but does not taste minty, if that makes sense.

Resteeped, the tea is a darker gold. Less refreshing taste, but still full of flavor.

Overall, pretty good – the refreshing first cup was pretty good! If you want a non floral oolong that is more on the veggie side, this would be up your alley!

This is a fantastic oolong. It’s bold but it has a bit of a sweet aftertaste. I might have had the water temperature too high because I’m getting a slightly bitter note. But it works well together!

Boiling 4 min, 0 sec
Yours I Like This
5 likes
2 comments
Edit

I have been thinking of getting this one.

I recommend you try it :)

I threw in my whole sample (~7g?) into my yixing pot, added 8oz of just shy of boiling water, and steeped for 15 seconds. This tastes just like it smells! Like roasted peanuts. My grandpa used to keep a jar of roasted peanuts on the little side table next to his spot on the couch in his Florida room. Taking a sip of this took me back to all those summer days when we would go to my grandpas house and run inside, grab a few peanuts, run and jump in the pool, swim around for a bit and then run back inside to fuel up again. Of all those fall nights when we’d sit in the Florida room with my grandpa, with the fireplace going even though it was 80 degrees outside, and just listen to my grandpa talk and joke.

I went through 8 infusions of about 15-45 seconds with this tea before the roasted peanut taste started to weaken. It that point it was 2am and time for me to hit the hay. I imagine I still could have gotten more infusions out of the leaves though, because they were still quite fragrant, and the liquor, while less roasty, was starting to get a slightly vegetal taste to it. I imagine I had just scratched the surface with this tea,a nd wish I had more to play around with and see just how far I could make it go.

We had a Florida room too! I’ve never heard anyone else call it that

They always called it that growing up, but come to think of it, I don’t think I’ve heard anyone outside of my family call it that either. What else do you call it?