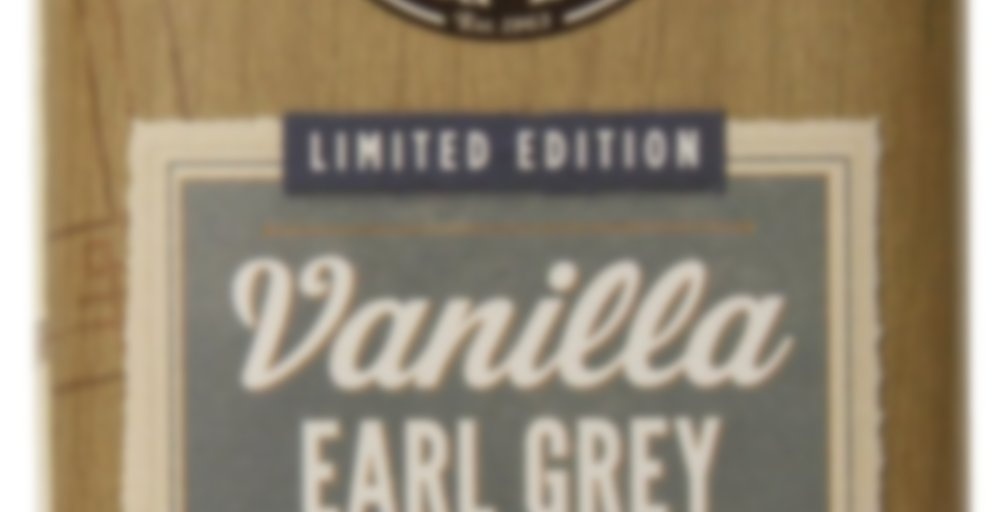 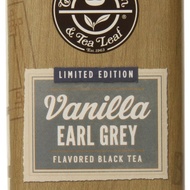 From The Coffee Bean & Tea Leaf

Just when you thought Earl Grey couldn’t get any better, we added creamy vanilla to the classic black tea and bergamot blend. The base of this extraordinary full-bodied tea is a hand-plucked Ceylon black tea grown on the Bogawantalawa Tea Estate in Sri Lanka. Combined with citrusy bergamot, rose petals and vanilla, it’s a tea dream come true.

Developed exclusively for Amazon, this blend of black tea, creamy vanilla, and the essence of bergamot is sure to be a hit with any tea lover.

The Republic of Tea 66

I purchased this Vanilla Earl Grey limited edition at Amazon.com, unaware that it had been created specifically for Amazon by The Coffee Bean and Tea Leaf. There was some sort of promo, and somehow I ended up paying about $8 for six cans. Now they are selling exactly the same thing for $35. It seemed like a good gamble at the time, given my love of Earl Grey cream teas.

So the tea. From appearances, this should be fantastic: full-leaf single estate Ceylon along with an abundance of dried rose petals! There are also chunks of unknown stuff. I wish that I could figure out what they are, since they look like neither bergamot nor vanilla to me. What else could they be?

Artificial flavoring numbers among the ingredients, and unfortunately I find the scent a bit overwhelming. This does not smell like roses or vanilla. It smells like something else. I was hoping that the aroma would evaporate off and I’d be left with a lovely Vanilla Earl Grey. Sadly, the aroma is also a strong flavor.

I have had negative experiences with this company before in the past. They use a lot of artificial ingredients which seem to ruin otherwise good compositions. I’ll pass on their deals at Amazon in the future. I drank this glass but did not enjoy it very much. I’ve been spoiled by so many excellent pure teas of late. The superficial charms of flavored blends are becoming less and less appealing to me, and all the more when they boast black box artificial ingredients which do not add to but detract from the taste of the tea itself.

Fortunately, I love the sleek tins. I’ll be peeling off the labels and using them for more noble teas.

Perhaps Jeff Bezos should consider reining in his hyperactive diversification activities. Drones, the Washington Post, $500 million dollar contracts with the CIA, “My Habit”(a social-shopping company), limited edition teas? What next?

I am stopping my Amazon dealings over this last business with not listing books by a certain publisher because they want a better deal.