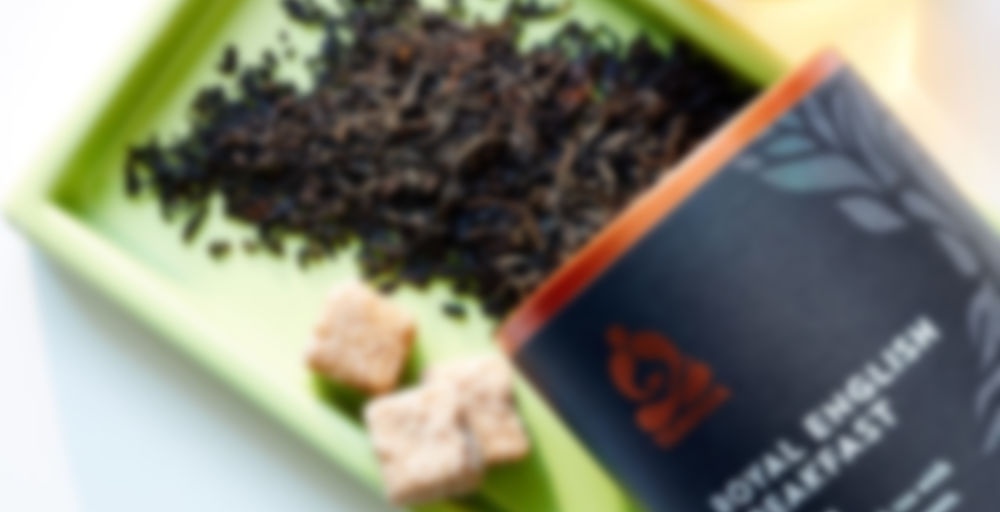 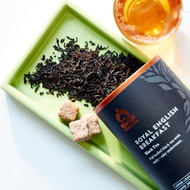 A decent ‘breakfast’ blend, though not worth the premium price charged. Stands up reasonably well to a teaspoon of thick and creamy evaporated milk … but could be stronger. It does have an unexpected and most welcome floral-bread scent. If I had to guess, I’d say this blend is Nilgiri-heavy, with some heft but no depth and very little maltiness.

I’ve never tried evaporated milk in my tea, but now I think I need to!

Once again not a good night of sleep. I lay awake far longer than I wanted, probably due to the heat of the night.
I hate summer, have I mentioned that?
So up and to work, armed with a trusty cup of tea. This should help.

Ahh, yes, I like summer far less than I used to given the killer humidity we have here.

:( Hope the day goes better for you!

Now that I’m an adult, summer no longer means “time off.” It now means “being insufferably warm” and “thighs touching each other uggggh.”

I hope you’ll be able to catch up on some sleep!

I spent quite a lot of time in airports the last couple days, so I was thankful to find this one at Starbucks. I’m easy to please with English Breakfast teas. I like a little stronger than this tea, but it was malty and strong enough to get me going for my 2 day interview. Additionally, when I spilled one cup of it, the adorable barista in Charlotte replaced it for free…excellent customer service. :)

I realized that I have a huge selection of teas from unknown sources. However, I was sipping on a cup of Teavana’s English Breakfast, and instantly knew this tea.

Malty, malty, malty. I think this is a horrible replacement for the Taza Awake tea that Starbucks used to serve as it’s breakfast blend. Starbucks, time to further your investment in the land of teas – how about adding an Assam to the mix? Or at least upgrade the English Breakfast!

Not bad, but not the best I’ve had, and pricey for the tin I bought at Target.

I had this black tea to work yesterday. I hadn’t drank it in a long while, and it was nice to taste that smooth, full-bodied flavour of this English breakfast blend. When I say smooth, I mean velvety. It doesn’t have an overpowering black tea bitterness or astringency, but is very satisfactory to drink.

Also, I tried the rest of my White Pearl of Fuijan this morning iced. I had not added any rock sugar to it while it was hot, and today it was predominantly bitter. Had to get rid of it.

On a side note… I realized my Argonian name would be Sips-Her-Tea.
http://elderscrolls.wikia.com/wiki/Argonian

A mild to medium breakfast tea with a clean taste and a beautiful bright copper color. While certainly not the strongest of breakfast teas, such as one of the Irish variety, Teavana’s Royal English Breakfast is well-rounded, featuring the traditional malty, sweet, and mildly oaky palate with delicate and subtle floral and citrus notes. Not a very bitter tea, and it pairs excellently with cream and sugar.

Great tea for starting the day. I’ve enjoyed a good cup of English Breakfast for several years now, and the only time I’ve ever truly been disappointed by an English Breakfast blend was when I started working at Teavana. Their blend is not very bold and leaves much to be desired. The version at Starbucks, however, seems to be a different blend, despite being sold as a Teavana tea. The colour of the leaves is darker, the aroma is more pleasing, and the tasty is richer and much more malty. This tea makes me happy, and I can only hope that it replaces what Teavana currently stocks soon.

As for brewing, make sure that you’re using heaping teaspoons if you’re not using a Teavana Perfectea measure spoon, as their spoons are about 1/3 larger to accommodate for the bulkiness of the tea. Teavana recommendations would be 1-1.5 tsp per 8 oz hot water, and because I like mine stronger, I lean towards the 1.5 tsp per 8 oz recommendation. Be sure you have your water hot. 205F is best in my opinion, as there is something about an English Breakfast that just requires hotter water (this is also true for Earl Grey and Earl Grey Creme).

Best of luck brewing, and I look forward to drinking this tea for many years to come!

Starbucks is switching over from Tazo to Teavana. I don’t work there any more, but my brother does, so he got some of this for me. I was… not impressed.

The first time I tried it, I brewed it according to directions (3 minutes). It was weak and watery—even the color was only a very pale brown. I thought I might have used too much water, and, since it’s not CTC, I figured 3 minutes was too short. So, I tried again today.

It took six minutes before the tea looked about right, and it did pour a lovely color. But again, it was incredibly weak. I used 1 teaspoon per cup, and one for the pot, but I could hardly taste the tea at all (milk and sugar, of course, made it even harder to get any flavor).

Maybe this would taste good if I used 2 teaspoons per cup, but I don’t think I’m going to try that—after two failures, we taped up the tin and gave it to our daughter to use as a shaker.

This was one of the most disappointing teas I’ve ever had—not least because, if I hadn’t gotten it for free, it would have cost $8.95 pre-tax for 1.7 ounces. The taste wasn’t bad, it was just almost nonexistent. I’m a fan of subtleties in tea, but a tea that calls itself an English Breakfast should have a strong flavor, even with milk and sugar. I’d rather drink Lipton than this.