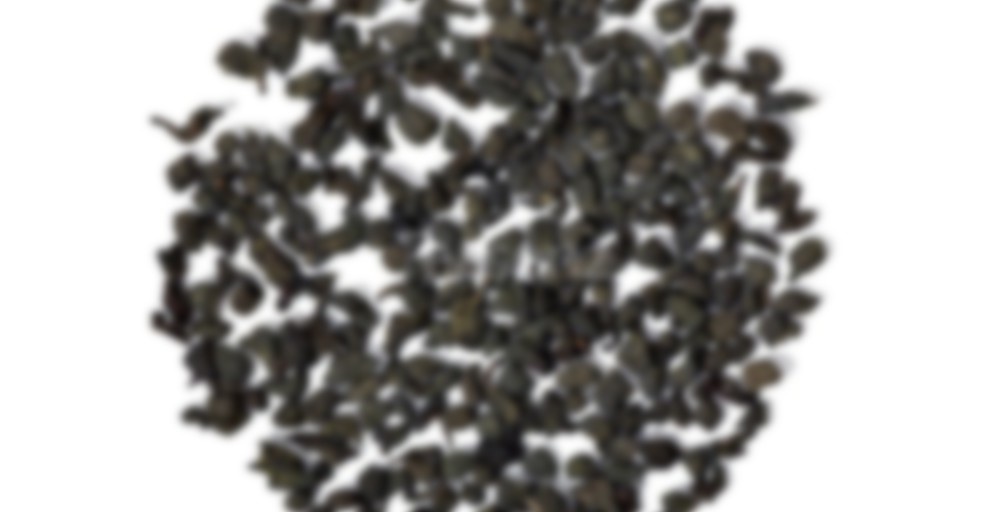 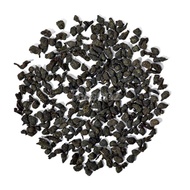 INVIGORATING AND DELICIOUS, rich crisp oolong taste with a strong pleasing ginseng aftertaste: a perfect cup to start the day. Produced using the superior Oolong tea mixed with ginseng roots, the Ginseng Vitality Oolong is a healthy drink that nourishes the body and enriches the soul.

I’m not always a big fan of Ginseng. It can sometimes taste too earthy. Like … dirt and cardboard. I don’t know about you, but I’m not a big fan of this flavor combination.

But … this is not at all what I expected … it surprised me from the first sip. Sweet honey notes, toasty, nutty flavors. Light vegetative tone. Not overly herbaceous and while it is a little earthy, I wouldn’t say it’s dirt or cardboard like in any way.

I like Ginseng quite lots. I am sorry you are not liking of this herb or such. Old spirited tree and descendants to some of us humans. You are right when you say that flavor profile tends to be ‘earthy’ with a scratchy throat as well. you mihgt want to try adding ginger with the ginseng but this may be strong as well. Ginseng and ginger tea with honey with a slight squeeze of lemon juice…nicely hot makes for a good cup of winter’s warmth.

I have not had Oolong tea in quite sometime. I keep meaning to get some when I succumb to buying a box of tea, but I end up getting green tea instead. Thank you for the reminder.

I should warn you all in advance that tomorrow there might not be a new review since I will be…drumroll…at the Opera! Yes, it is what I have been waiting (not entirely patiently) for since it was announced at the end of last season, The Magic Flute! It might be my favorite opera, I waffle back and forth between The Magic Flute and Turandot. In other news I am almost finished with the advent calenders, so those will probably be going in the mail on Friday, woo! Today though is about tea that gives an extra zing of energy.

Ginseng Vitality Oolong Tea by Teasenz is a blend of the root Ginseng and a floral Oolong resembling Tie Guan Yin. Hailing from Taiwan and sometimes referred to as King’s Tea, it is thought to give the drinker a nice boost of energy and to help digestion, awesome. I found the aroma to be very green, like bamboo leaves and herbaceous like dill weed. There is also earthiness and the aroma of baked bread with a slight undertone of sweetness. The ginseng is an odd smelling herb, it gives a slight muskiness to the already herbaceous aroma.

Giving the leaves a steeping I notice that the ginseng did not all fall off the leaves, you all know what that means; multiple steeps! The aroma of the leaves still has the delicate green scent of bamboo leaves but now it also mixes in the aroma of lychees and very mild earthiness. The liquid is sweet like baking bread and fresh pears, there is also a slight hint of dill as I pull the cup away from my nose.

The taste is strange yet good, it is the strangeness of trying something completely new. I have had ginseng before but only in candy or in supplements, this is my first time tasting it in a tea. At first the taste is slightly floral like cherry blossoms followed by the vegetal taste of asparagus. There is a hint of fruity tartness, like a mix of tart cherries and lychees. As the tea cools it takes on the typical chestnut flavor I associate with Oolongs.

The second steep has the leaves unfolded and the ginseng more spread out in the teacup. The aroma is much sweeter and more like honey with that tiny hint of dill from earlier. The taste is sweet but with an herbaceous bitterness as an aftertaste, like a root herb, it is not unpleasant just astringent. In fact I would go as far as to say it is barely there at all. As the tea cools it gets more of a lychee taste. It is an odd tea, but it is an oddness I like, mixing the tastes of an oolong with the tastes of ginseng makes for a powerfully tasty combination.

For blog and photos: http://ramblingbutterflythoughts.blogspot.com/2013/11/teasenz-ginseng-vitality-oolong-tea-tea.html

Yay! Finally you get to your opera. :) Hope you enjoy it. I have not yet been to anything at the new Kaufman Center but I understand it is a wonderful setup.

It was such a disappointment, the costumes and set design were hideous…I could have just ignored that and enjoyed the music but it was sung in English instead of German so it just sounded wrong. I couldn’t even stay till the end, I was that disgusted with it :(

Clarity: good, it improved to great as i drank more

Taste:This is my first Ginseng Oolong tea! I’ve always wanted to try Ginseng infused tea so i was quite excited when i saw this one. Upon opening the packet the leaves look completely different from any thing I have seen before. The leaves were solid uneven dusty/powdered murky green color. Before brewing i watched a video on the company website and i noticed that the lady in the video didn’t rinse her leaves which is something i would normally do, but this time i knew not to do so. When making this tea the first time i realized i used wayy to many leaves 2.5tsp for 1 cup. They later unraveled as the tea was steeped. With that being said the taste was light i didn’t notice any special ginseng flavor. Overall i say this was an okay cup.

Thank you Teasenz for this sample!

I decided to give this one another go, this time using 1tsp of leaves for 8oz of water with a 4m steep. the color remained golden yellow, while the clarity improved i could see the bottom of my cup & the micro particles that escaped my strainer. The classic oolong aroma shined through with a hit ginseng. The taste was light and smooth.

Another tea that I removed to sample later. I’ve had one ginseng oolong before, but that one didn’t have the green powder coating like most of them do, so I figured I’d try this one as well. The leaf is tightly rolled pellets which are coated with an olive green powder. Dry scent is somewhat sweet and woody or something? It’s hard for me to describe, lol. I gave it a 4 minute steep a 200 degrees.

Yum, the brewed tea smells interesting! It’s very sweet and herbaceous with a bit of a woody note. The taste is much milder than I would think. There’s a light roastiness from the oolong itself, and then there’s a mild sweetness and an interesting vegetal note that reminds me of matcha or green tea flavored things. There’s a lovely sweet and fresh aftertaste that lingers nicely. Pleasantly surprised by this one! :)

I’ve never had ginseng before, let alone a ginseng oolong tea. The dry leaf smells roasty like the skin of roasted peanuts, and the knarled little oolong leaves are covered in a dense coating of powdery ginseng.

Taking a sip, I was not a fan, it took me a moment to place the fimilar savory clashing with sweet type of taste that was getting. Then I realized, it tastes like a lotus tea I recently had, which tastes like licorice, my arch nemisis. That sneaky little devil keeps into the most innocent seeming teas, and turns them evil. I know that there was a roasty note to this, but I couldn’t tell you what else was here. Once my taste buds spot that evil villain licorice, it hones in and mutes all other flavors so that it’s all I can taste.

I’ve you’re the type who doesn’t mind canoodling with the licorice enemy, then you could find yourself enjoying the sweet roasty earthiness of this tea.

I think licorice is added to the ginseng coating to make it tastier… obviously not in your case! :/

Steep #1 // 15 min after boiling // 2-3 min
Steep #2 // just boiled // 3 min
I always love a ginseng oolong! The toy jewel rock tumbler tea. :D I can’t help but be reminded of that every time. Usually I can taste the licorice covering the oolong, but with this one, I can’t really find that flavor, even when I noticed that the coating has dissolved, even by the first cup. So if you like ginseng oolong, but not so much the licorice holding it together, this one might be mild enough for you. I could have used more of that flavor though. The oolong underneath is very nice too, though it doesn’t seem to fall into any of the oolong flavor categories… maybe the third steep might have. Boiling water on the second steep didn’t ruin it, even though the cup had the color of apple cider! I wanted to make sure I got all of that ginseng. It certainly seemed to give me super-brain powers all day!