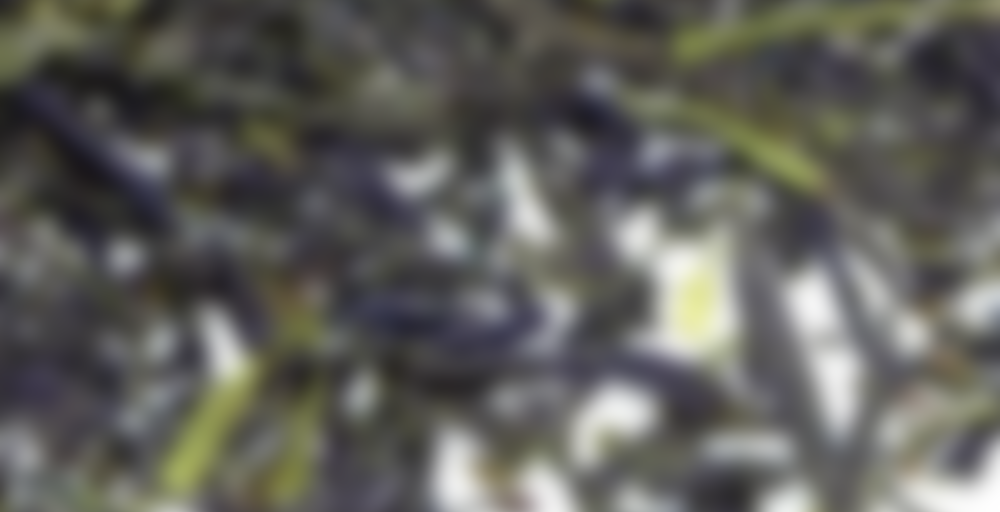 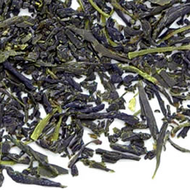 The advent of spring heralds this elite “Jade Dew” tea that is entirely produced by hand in a boutique setting in the Aichi Prefecture. The emerald leaf takes on a lustrous, splinter-like appearance after being subjected to full shading under trellises for several weeks. Intense chartreuse cup, with rewarding notes of seaweed and honeydew melon. A brief second infusion is possible.

This is an absolutely lovely tea. I don’t want to use specific words to describe it because each word that comes to mind does not do this tea justice. I prefer big black teas with lots of smoke and lots of flavor. When a subtle tea wins me over like this, I am really moved. I’m going to invest in more of this, knowing that it’s a tea for a special and wonderful occasion.

I too enjoy this one a lot. Try it iced and a little strong. AMAZING!

This is a very yummy green tea. Distinctly Japanese, the flavor is primarily hay, artichoke, and seaweed – I realize that this description might not sound as good as it tastes. There is a little bit of umami or mushroomy flavor, which makes the tea more craveable. There is only a bit of astringency on the trailing end of an occasional sip.

The package suggested eating the used leaves, but I ate some of the leaves dry. They were pretty tasty. The leaves have a sweetness to their smell and are very tender. Just one or two is enough to give you a pretty good bit of flavor. Try more than a few at once and it may be too intense for some, but I enjoyed that too. The used leaves were also nice to eat, though much more mild.

Multiple steeps work all right, the flavor stays nice. No tannins taking over or anything like that, but the flavor isn’t really enhanced by it. I am at my third steep now, and it’s pretty muted but still enjoyable. There is a lingering sweetness after each sip.

I don’t really have anything negative to say about this tea. I have not had many Japanese greens recently, but this is my current favorite green tea that I can name. At close to $.50/gram, it was very pricey, but I wanted to try a Gyokuro and was not disappointed.

Great note! It’s good to see you branching out unto green teas!

Always delicious and always refreshing, Great hot days. I always get this iced extra strong. It is even better that I get this FREE since I am the Mayor of my local TeaGschwendner on FourSquare. Yay!

I tried this for the first time a few days ago and if I had rated it then, it would be close to the very bottom. After reading up on gyokuros, I realized that my water temp was probably too high which resulted in a nasty cup of stewed grass clippings. I watched my kettle today and pulled the water off the heat when it first started to steam, before it started to slightly bubble. I let the tea have a short steep and TAH DAH!! Success. This tea says it has notes of seaweed and honeydew melon, which I totally get but luckily my cup is on the honeydew melon side of things. It is a very light, but full-bodied tea that is truly interesting. I rather like this and plan to see how many infusions this will allow – as long as I don’t mess up the water temp again.

I love japanese green teas and especially Gyokuros. The one from Teegschwendner is amazing! Nice earthy and green flavor, maybe a hint of spinach, smooth and soft. The color of this tea in the cup is an amazing dark green and a pleasure in itself. The smell is rich and full. This tea calms body and mind.
It’s one of the best Gyokuros I’ve had so far, a recommendation to have in the cupboard!

This tea is a calm Japanese green. Getting a light vegetal aroma (spinach-like). Very subtle, alongside a lightly citrus background (between a under-ripe peach and an clementine). The taste is equally as light. Chartreuse in color. Not as creamy as some other Japanese greens I have partaken in, the Gyokuro’s body has some lingering astringency that dries the mouth as it coats the mouth (unami); however, there is little if any briskness (pucker). Overall, this tea is pleasing with a mellow flavor and medium body (fuller than what you encounter with most greens).

This is the real advent day 5 tea, not Sencha Claus. Whoops.
Anyways… this is a bright and strong tea! It has a grassy flavor without the bite. It has a light bean taste, but not in an unpleasant way. I’m not super into straight green, but this one is alright.

I stopped into this shop during my trip to Chicago, and it was a great experience! I only ended up buying one tisane, but they threw in a free measuring spoon and this sample.

I’m wondering if it’s a bit stale though, as it brewed up a golden color instead of the highlighter green I am used to with this type of tea.

This was a nice tea—light with no bitterness and only the slightest bit of astringency. A lot of the gyokuro I have tried gets bitter as it cools, but this one didn’t. There was a slight, bright grassy note with just the smallest bit of sweetness coming up the palate after swallowing.

I absolutely adore gyokuros, but this one was so very expensive that I couldn’t imagine actually getting it.

How much of a sample did they give you / did you use?

Probably about 4 grams, which I steeped in a larger 20ish oz cup for on my way to work.

Yah, the way to brew expensive tea like Gyukuro is in small amounts, but with large amounts of leaf. 7 or 8 grams, 200 mL with a low temp of 140 roughly. You’ll get a lot more particles which should change the colour. I sometimes think that’s where the idea for matcha came from. All those little green particles in Gyojuro. As for expense, this one is not too expensive. They’re selling it at like 20 usd per 50g roughly.