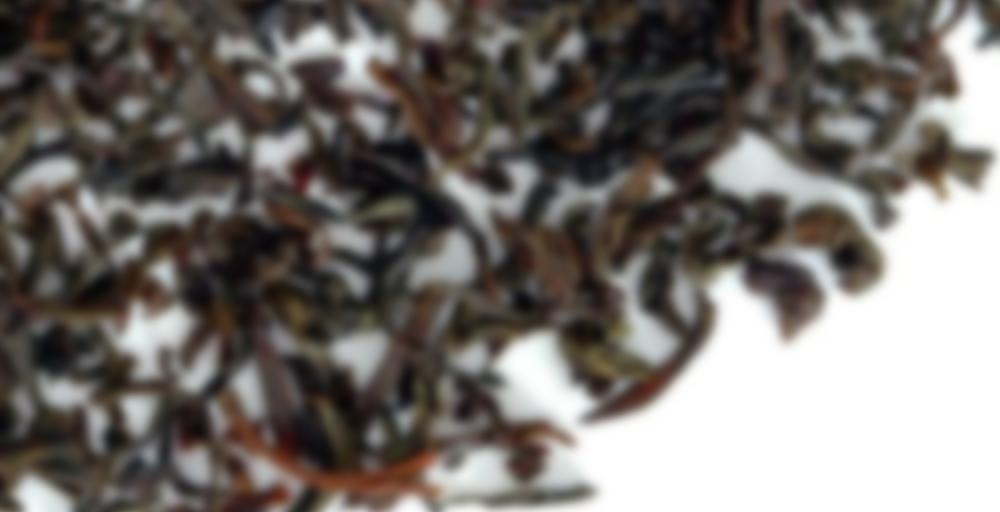 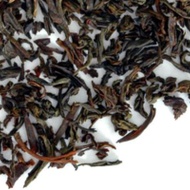 A blend of the finest Black Teas heavy with first-rate natural bergamot oil. Even the Earl himself would be smitten by the bold character of this classic.

TeaG’s signature Earl Grey- the most popular tea in their Chicago shop, they told us back when we lived in Chicagoland. I must admit it’s just about the perfect winter afternoon drink, and now that we live in Houston I’m missing the excuse to indulge in these. This is so smooth that the black tea doesn’t create that awful dry mouth astringency delivered by some black teas/earl greys. I’d actually say this is just about the perfect Earl Grey and I don’t think I’ve tasted a better one, even at Tea G’s Earl Grey tea tasting event in Chicago. Thankfully Tea G does mail-order on some of its items.

A nice splash of soy milk makes me happy.

I must have gotten a bad batch or something. It had a strong chemical flavor that was nothing like bergamot. Tried a second cup with less steeping with the same result. Threw the bag in the trash.

Some teas just aren’t worth trying to salvage, but I always hate having to pitch one.

It just won the category in the World Tea Championship, and I used it to smoke a pork loin. It’s the most fragrant Earl Grey in the world, and makes a fabulous flavorful tea. But in this culinary experiment, it created a sweet, citrusy smoky flavor. Pretty amazing.

I thought this was pretty good. There’s one slight problem with it—a problem shared by many earl greys I’ve tried with the exception of Lipton’s Imperial Earl Grey and some British one I haven’t logged yet—something about the floral element of it tastes too lavender-y to me. In the German version I’ve got in the pantry, I’ve found it to be a much bigger problem than it was in the case of this tea. The bergamot in this case blended right in with the tea base, and there was no bitterness. Lipton’s Imperial Earl Grey doesn’t taste like lavender or ever have that peppery element I’ve experienced in some bergamot-containing teas, and I still think it is my favourite earl grey, but I’d probably put this one second. It’s kind of weak, though. It’s a bit like the second steeping of the Lipton. Longer steeping could change that, but I didn’t want to get bitterness, so I heeded the recommended few minutes. Good with sweetener and no milk.

This is a nice, basic EG. The base is smooth, the bergamot’s not too aggressive (not that I’d mind if it were!). I don’t like it as much as Lupcia’s, my current go-to, but it’s very pleasant.

Unfortunately, this is not exactly what I expected when I got the tea. Usually, I’m always very pleased with teas by my favourite tea company but not this time. This Earl Grey blend is subpar – I actually prefer the bagged Earl Grey blends from other companies such as Twinings or Messmer. The smell itself is very unappealing. Once brewed the taste is bland and the bergamot aroma doesn’t really shine through. I won’t buy this again as it was very disappointing.

Thank you Zwi for this lovely EG! I just started to sample the world of EG last winter. Wow, there a ton of EG’s and his relatives out there. I sort of put off drinking this because I had so many for awhile. I am so glad I have this for today. My sprained knee kept me awake all night so I’m grumpy and tired. I don’t usually get up until 8 am. Today I was up at 4:30. Ugh! But luckily I had this tea just waiting for me. It’s lovely. Well balanced with my friend bergamot. I often want tons of bergamot but today I was really hoping the bergamot would take a back seat and let the black sit up front. Yeah! They were just perfect. No astringency or bitterness. Just the right amount of punch you would expect from a EG. I’m glad I got a sample of this to try so now I know that this is a tea I want to buy. I would have been pretty hesitant to buy more EG when I have a bunch in the cupboard. But now… Well, I guess I have to make an excuse to go into Chicago (about 30 miles away) and buy some of this. Oo oo oo! I’ve got an even better idea… my daughters live in Chicago and Mother’s Day is coming up! It sounds like a plan!

I envy you for living so close and having an excuse to go to Chicago… so many tea options there! One day I’ll get my Hubby to take me back…this time for tea!

Oh no… I gotcha. They are a good excuse to make the trip so you can do some Mother’s Day shopping for yourself. Better yet, get them to take you and buy you some tea for Mother’s Day.. !

yuck to a sprained knee. did you put ice on it?

I have been putting ice on it. :D I asked my husband to make up an ice bag and put it into towel to wrap it. Suddenly my jeans are cold and wet. I opened the bag… a big hole! When asked, my loving (but thrifty) husband says it was an old bag. I din’t want to waste it!
Mawwage. Mawwage. Wove, twue wove… Princess Bride

Tea #23 from Considering a new TTB
I’ve been fighting off yet another cold the last few days so I’ve been waiting something comforting. Earl Grey is always my default whenever I’m sick, tired, or it’s cold and rainy out; today happens to be a day when all three of those conditions are met. I thought spring was on it’s way, but we’ve been alternating between snow and rain since I woke up. This isn’t nearly as strong as many of the EGs I’ve had. It’s bold without being overpowering, slightly astringent, but not bitter, and has a somewhat drying affect like most EGs. This tea isn’t my favorite, but it’s a pretty good all around classic EG which is just what I need when I’m sick.

I agree – EG’s are quite comforting. I hope you feel better.

I love EG’s and EGC’s when it’s raining out, or rain/snow, I usually crave them when the weather’s like that actually. Good choice! Hope you feel better soon!