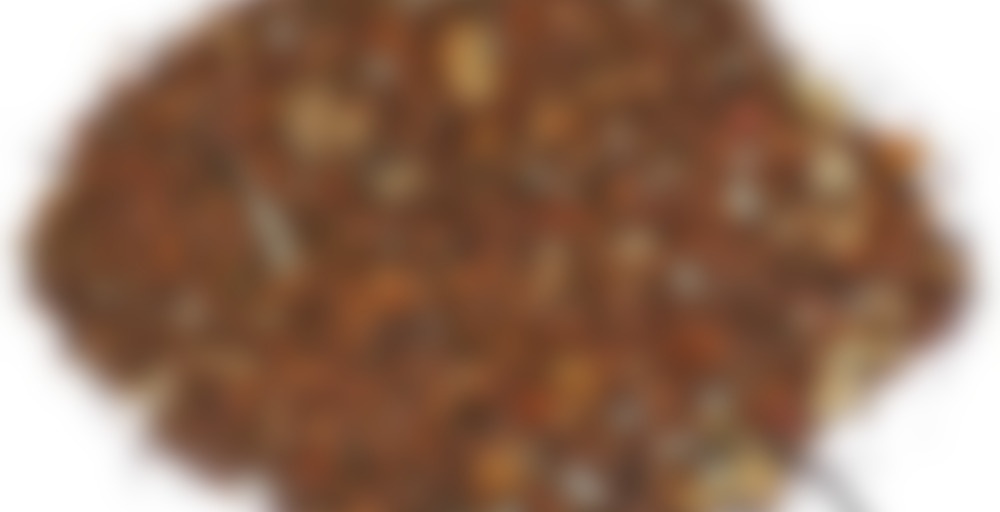 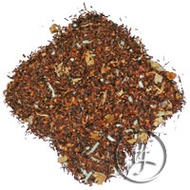 This blend of tropical ingredients is an inexpensive way to have a taste of the sun and sand without the plane trip! Real Pineapple and Coconut pieces combine for a fresh cup of tea to enjoy with thoughts of the salt spray and warmth on your face.

Another finished sample!!
I’m a bit sad that I’m now out of this tea, this is the best pot of it by far!! Delicious! I let it cool a bit more before drinking it and that allowed the pineapple to become the shining star of the show. I wish I had done this all the other times I had this tea.

I bought some TeaFrog samples in December, and they came in ziplock bags, so I need to hurry up and drink them. Tea doesn’t stay fresh in ziplock bags for long!

So the instructions say 1.5 tsp per some unknown amount of water. Awesome. I’m going to assume 8 oz. But then I realized that I just bought a scale. Measuring out (by volume) from the little sample packet was annoying, so I just dumped it on the scale. 9.80 g. I’m not sure how that translates into tsp? I’m new to this scale thing.

But, by eye, it looked like about a 16 oz amount of tea (I guess, I normally do tisanes which are less dense), so I dumped it in the Zarafina (herbal, loose, medium settings).

I may have used too much tea. It’s . . . weird. The rooibos is the dominant flavor, and it hits you first. Then in the middle there’s a touch of fruit, but it’s hard to tell what (the package says pineapple, coconut, and rose blossoms, but I just get generic fruit). The last bit is the woody rooibos flavor, and that hangs out in your mouth (hey, what’s going on? ROOIBOS IN THE HOUSE!). It’s not very pleasant.

The middle flavor is changing as it cools, but it’s still bookended by ROOIBOS! so… meh.

Oh… zip locks from a company?! Not good IMO.

It doesn’t translate into tsp because different teas way different amounts. For instance, 2.25g might be a teaspoon for blacks, but it’s about 1TB for whites. (well for as easily as you can measure whites which isn’t, hence why I bought the scale in the 1st place.) Comparing volume to weight is like comparing apples to oranges.

They were just samples, so I don’t know how they package “normal” amounts. I wouldn’t really fault them on that.

I know that it’s not a direct translation b/c of density. Still, I’m not sure how much tea (by weight) I should be using, and the directions were by volume. That’s what I meant by translation.

Gotcha. Sorry for the misunderstanding. I like 2.25g/6oz for teas except chais and teas that have unique steeping parameters (such as Japanese greens)… or at least ones that I’m aware of- I’m still researching that. That translates into 3g for an 8oz cup. So you could give that a try for a base cuppa then go up or down as your tastebuds direct.:)

And IMO there isn’t anything as just samples. I think a sign of a good company (or anything other than a substandard company really) is to care for their tea no matter what the amount- and putting it in such packaging isn’t caring for it.

I disagree – it’s the responsibility of the company to make sure that it gets to me. I’d rather have ziplock bags placed in a box than a foil envelope in a padded mailer.

STORING the tea is my responsibility. If I want to store it for a long time, I need to put it in an adequate container. It’s not the job of the company to provide that container (in fact, I’d often prefer that they didn’t; I have PLENTY of canisters myself).

denisend, I agree that some companies over do the canisters- that hikes shipping and takes up a lot of cupboard space. I just mean it should be something that doesn’t let light in.

Again, it’s my responsibility to store tea appropriately. The company doesn’t know what the conditions are at my house.

Right now I’m keeping small samples in a box in a drawer, so they’re pretty well protected from light. shrug I’m not worried about it.

Review’s up at http://www.itsallabouttheleaf.com/2658/tea-review-teafrog-tahiti-cream-rooibos-tea-2/. Not as good as a vacation to somewhere sunny, but it’ll improve the atmosphere wherever you are.

Wow, this tea is creamy and delicious. I can taste the pineapple and coconut lightly and they are balanced very well. I don’t taste the rose but maybe I am not supposed to. Perhaps it is a binder of agents and helps to create that creamy taste. Next, time I will try it with sweetener too.