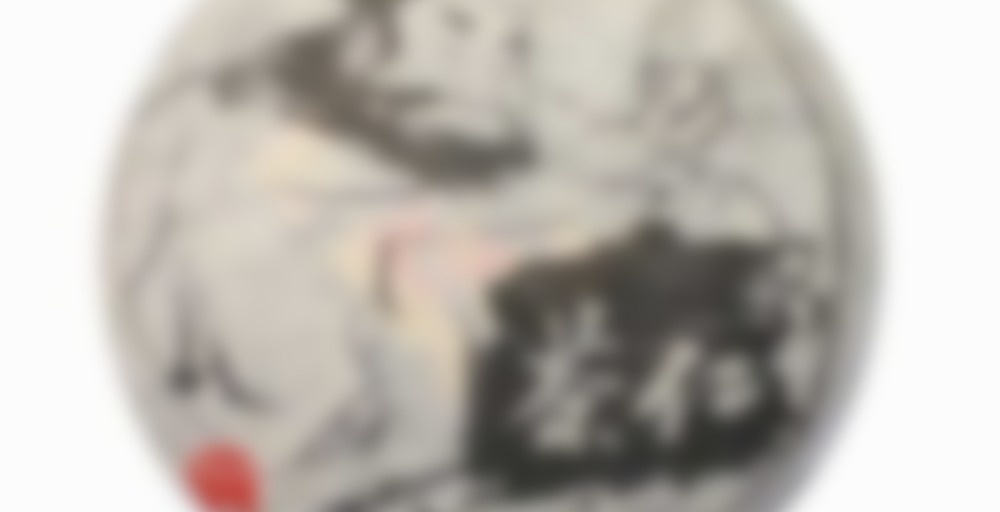 by Tea Urchin
83
You

This Bangwei 邦威 puerh cake is comprised of 2007 spring maocha which was stored at the factory in sealed boxes until 2011, when we bought it and pressed it. Bang Wei tea is known for its mild, pleasant, easy to drink nature. Located in Lancang prefecture, a day’s drive from the nearest airport, Bang Wei is less visited than more famous tea producing areas like Lincang, Menghai, or Yiwu. This village has many excellent ancient tea trees, growing at 1,800m elevation, including a massive 1,700 year old tree that dominates the village. This tea develops depth as it ages. Buy it together with our 2011 Spring Bangwei for a vertical tasting

Warm and soft with an intense woody note, beautiful sweetness and subtle bitterness and a slight sourness, which even gives the tea a slight aggressiveness with increasing infusions. Lots of endurance and very beautiful, large leafes – a perfect example of good Bangwei!
Images and more at https://puerh.blog/teanotes/2007-bang-wei-tu

I’m shocked and a bit embarrassed that I haven’t reviewed this tea yet. I’ve certainly had enough of it. I drank it in parallel with the TU 4 Peaks Man Lo E, as i’m planning an order and trying to decide which tea to buy. This one was the winner, though I liked them both.

1st steep (10s): Light nose. Isn’t nearly as strong as the Lo Man E, but the flavor is more fruity. Astringent without being bitter. Very unique flavor is floral and fruity. 2nd (10s): Much more tobacco than fruit. Very astringent without being bitter. 3rd (20s): Mature nose of tobacco with hints of fruit and spice. Taste is a mix of stone fruit, tobacco and some bitterness, especially in the finish. By the 5th steep, the fruit is really obvious. The tea is still very potent (though I’m now up to 40 s steep, which is my usual). The bitterness has given over to sweetness, though the astringency has remained.

I got this sample from Liquid Proust a long time ago – I was surprised to see this tea was still in stock at Tea Urchin. I remember trying the 2011 Bang Wei and being impressed with the powerful qi it boasted, so I was going into this session expecting something similar. The dry leaves had a strong and sweet aroma – I would probably say tobacco-y as well. After a rinse, they smelled more vegetal, like cucumber with a strong zing to it.

The tea opened up with a crisp and slightly vegetal taste, followed by a straw finish. As the tea started to open up a bit more, it became much more reminiscent of hay in the front of the sip, with a bit of pine and some fruit in the aftertaste. As the session went on, the flavors deepened and intensified – the hay note in front of the sip became very sweet and intense, and the finish was almost milky and floral. I had a bit of a hard time putting my finger on all the different flavors which were swimming around in this one.

The qi was predictably strong. Around the third or fourth steep, I started to feel a bit of a buzzing in my head, which quickly spread to my throat, chest, and shoulders. More of a tea high than a mellow tea-drunk to this one. It actually got a little bit too intense at one point and I had to give this tea a break and grab a bite to eat. It made me feel sort of light and nauseous – but it was bizarre, as I felt the nausea more in my throat than in my stomach where I’d normally associate that feeling. I must say, it was slightly unpleasant – seems like a tea you might want to enjoy in lower doses than normal sheng parameters, or just make sure you’ve eaten recently enough that it won’t upset your stomach. I still have a small amount of this left, so maybe I’ll try in a little gaiwan with a lighter ratio.

Having this one from the Sheng Olympics buy. I am brewing heavy, almost 12 grams as the new tea vessel is 200ml. A bit more leaf than usual.
Starting out I gave this one a rinse and a good 30 minute wait to brew it. I did inhale the wet leaf and the honey sweet and grassy aroma was there.
Good notes on the storage as this is right. The sips bring a bit of the light tobacco to the table that goes sweet almost instantly. The liquor is think in the front part of the mouth. The feel is good and it brings the salivation in early.
Sipping and pausing between sips it still goes on. It does have a bit of the drying aspect if you pause long enough. This is likely to be the tea not stored wet. No mustiness or off flavors and one rinse got it going good. Some stone fruit notes similar to an apricot as well.
Nice tea

2016 sheng olympics. After my run-in with this ones younger brother (qi overload sent me to sleep after the 4th/5th steep, it hit me so nicely) I was expecting this one to be as strong, for me it wasnt as hard hitting, but crept up over the day.

Steep three, lovely taste. its less fussy being older, can take a bit more time with the brew. Even a bit of butter or milk was wrapped up in a tingling dry nommy mouthfeel.

Later steeps I pushed it a lot, revealing honey aroma with some sour from the pushing, i dont like to say bread, but something like that. maybe its yeasty? idk.

What I love about these two are that the stimulant effect is balanced nicely with the sedative effect, my mind felt clear but fuzzy. Its a nice feeling.

even later steeps I kept leaving in the gaiwan for ages and a pleasant soft sourness prevailed.

nice – sounds like folks are having fun with this one heh

I didnt get it so much off this one, but the younger one caught me right off guard. Didnt expect to fall asleep at all

My heart was pumping with this one from the caffeine rush. I never got tired at all but that’s the joy of tea. We all get something different.

Is there a such thing as a Winter Leaf pile taste or only autumn and spring?

Aha! did you get the same thing as me? It was some sort of pile, but autumn didnt look right to me – are we on the same taste wavelength here and there are other piles?

This tea is from yesterday. I didn’t know which one to choose so I closed my eyes and reached in the bag. Shared this one with Hubby who liked it enough. Neither of us are used to too much caffeine though so I didn’t go too many infusions.

The few infusions I had of this were great. It was smooth , silky, thick , & creamy. Not any fruity or apricot flavour I get from many shengs but I still really liked it. It was the thick creamy taste that I really enjoyed.

This tea had quite a kick to it and both Hubby and I only made it to infusion 5. I feel like a tea this good is just a waste for someone like me. I don’t get many infusions at all from my pu’erh’s and I don’t like leaving the leaves for the next day.

Here’s my pic from yesterday:
https://www.instagram.com/p/BCBZmHINDGG/?taken-by=ubacat

A Sheng Olympics sample. :) 7g in the 4oz gaiwan, water 90-100C. Now I wish I had tried this one simultaneously with the 2011, to better compare. (This! This is why I need more gaiwans.) It has a similar flavour, a mix of sweet and bitter on a clean and mineral base. I don’t get much fruitiness or apricot, more of a dried hay sort of flavour. It does have a much more obvious aftertaste and sweet huigan than I remember the 2011 having, and maybe a slightly thicker mouthfeel. I don’t seem to be getting at all tea-drunk, unlike Andrew and his beenghole adventures, lol. :)

beenghole adventures…. if I ever become a character in a comic or video game, people will be very confused

Drinking this and I can’t even write a straight review for a tea I drank yesterday. This tea has me gone. What the feelz?

This tasting note only tells you that I’m having a great Friday night because of it. Wish I could coherently explain the tea, but my fingers are having a hard time finding the keys as my body sways in joy.

There should be a warning label on that tea! ;-)

So… this tea has strong qi?

2016 Sheng Olympics Group Buy. This is a nice tea. It is very smooth with little bitterness. While its got some sweet notes it does not have the apricoty sweetness of the 2011 Bang Wei Spring. It has aged into something quite pleasant though. There is no hint of wet storage in this tea yet it has aged somewhat. It has a nice dark colored tea soup. It has not yet developed any unpleasant aged flavors. It is quite good.