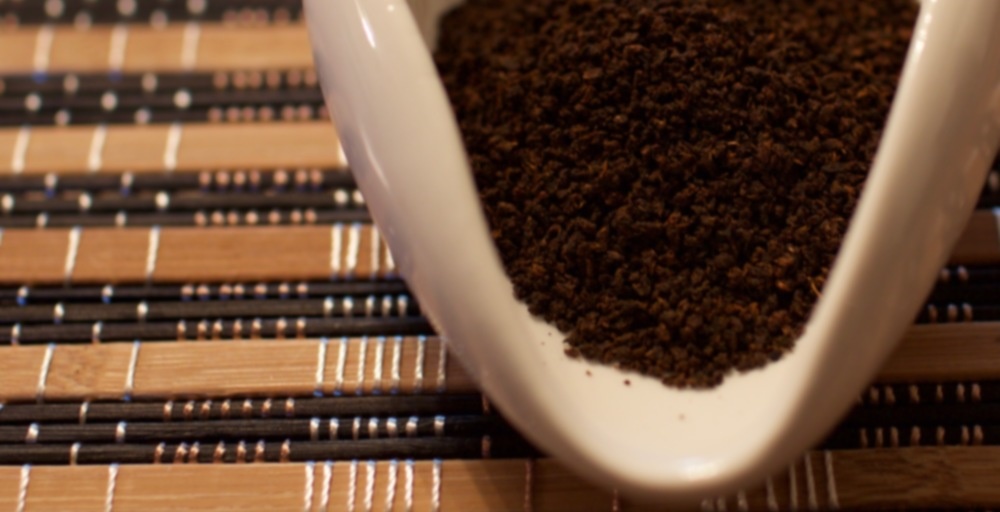 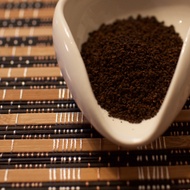 The primordial dirt beneath the feet of the dinosaurs is what the appearance of this tea evokes – a deep, rich, fertile brown going towards black. The scent of the infused leaves hints at ancient shores as a brontosaurus lowers his neck to take a drink from a Pleistoscene lake.

If you need a good kick out the door in the morning then this is the tea for you! A no-nonsense black tea that quickly steeps up to a hefty brew with a hint of vanilla in the cup from organic Tahitian vanilla beans. This will take milk and sugar well, as is characteristic of CTC teas. This tea comes from the certified organic, and sustainable Chota Tingrai estate in Assam, India

The Elegance of Time

That Time of the Month

Tea #2 from my swap with Nicole/Tea-Historic. Thank you Nicole!
I’m not sure what to make of this tea. Not being a huge fan of vanilla, I went in with an open mind. The vanilla turned out to be rather mild, and a nice pairing with the malty black Assam base.
I didn’t expect the hint of smokiness though, it was a pleasant surprise as it wasn’t mentioned in the tea description. Perhaps the infuser at my boyfriend’s was tainted somehow? I’d brewed lemon oolong in the same cup last night, so that doesn’t really make sense.
The smoke note came out more as my tea cooled, and after I added milk. An interesting contrast to the vanilla.
Also, being a ctc, I feel rather caffeinated at the moment :P
I’ll have to see how it brews up in the office, under less than optimal conditions.

This one sounds delicious. I love the combination of vanilla, smoke, and malt. I will keep my eyes pealed for this one.

I recommend it, especially for ’nilla lovers :)

Interesting that you got smoke. I normally get smoky notes where others don’t but not from this blend. I can see that it would be an interesting combination!

Yeah, I’m not sure if it was the actual tea. The infuser I used(not mine) often has Twinnings EG in it. Maybe a remnant from that?

How did I not g et this one?