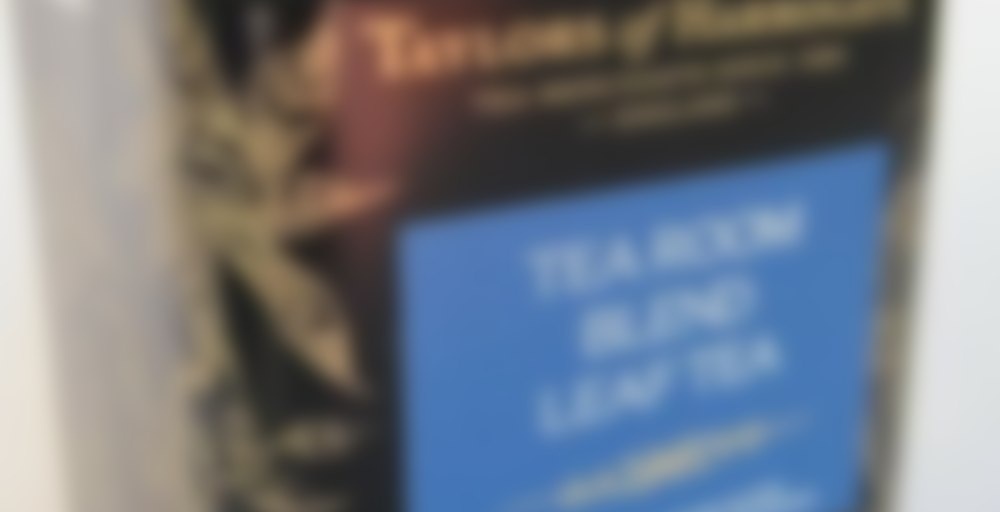 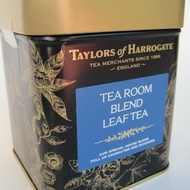 by Taylors of Harrogate
63
You

In India each tea garden has its own special blend, traditionally known as ‘bungalow tea’, which is served to visitors. This inspired our blenders to create a Taylors signature tea, using top quality teas from India and Africa to give this blend a rich, full-bodied and deeply satisfying taste.

A breakfast-style cut loose-leaf tea. The flavor is good, but there isn’t anything that really stands out about this tea either – let’s say that I am not anticipating another cup as soon as I am finished with the one I have. Still, a serviceable tea that is better than some others.

First off, this tea probably shouldn’t be sold loose. The tea isn’t whole leaf, instead there are a bunch of very small pellets of tea in the tin. I thought maybe they were just rolled leaves, but when I measure out a teaspoon I get a lot of fine tea-dust (to clog up whatever I steep in). I put the tea in a tea-ball and shook the ball and I got about 1/4 teaspoon of tea-dust falling out of it.

The aroma is quite nice before but the final taste leaves a lot to be desired. The tea is rather bitter, almost sour, and not a lot else. I was expecting more flavor from the smell, but there’s really nothing else going on here.

African teas are almost always CTC, so that’s probably why it looks like fannings.

I don’t generally like this kind of tea, but Amazon sent it to me as a mistake, so I gave it a shot. Was even worse than I expected – had a bad sour taste, with some bitterness. Even adding milk didn’t really help. I ended pouring most of it out. This tea will live in the work kitchen for others to drink. It is a very fine loose leaf – would not recommend for someone using a normal tea ball, needs a very fine strainer.

I saw a few Taylors tea selections this weekend at a very reasonable price at our World Market store. I had heard of Taylors but hadn’t sampled their wares.

When I removed the lid on the metal container of this one and snipped open the inner foil packaging, I was surprised by how ground up the tea leaves appeared. They were brown and extremely fine, almost like powder. I would expect this characteristic if I cut open a tea bag. The aroma was potent and rich, more like Chinese tea than an Indian and African blend.

As always, I followed the manufacturer’s brewing instructions on the initial launch. In this case, that meant 212 degrees for five minutes.

The brewed liquid color was dark, almost like black coffee, except for the golden highlights. The smell was nondescript.

The flavor was plain and simply, like tea. No undertones or harmonious or complementary taste attributes materialized. It just tasted like tea. If you were to ask me what kind of tea flavor appeared, I would say Darjeeling was the dominant flavor. The Rooibos was not shouting to me. At best, the blended African tea flavor was only knocking on the door.

The overall flavor power was good but it was offset by a twinge of astringency. This slight bitterness remained on my tongue and kept slapping around my taste buds.

I am not wild about this blend but I will probably drink all of it. I don’t hate it but I don’t love it either. I will most likely mix it with other livelier black teas. It’s just a little dull and featureless on its own.

i have enjoyed this tea quite a bit. cannot say i enjoy the super small pieces that seep through the infuser, but i do enjoy the tea. edit: unfortunately, the product i received seems to be going stale a little faster than i am happy with so i may not buy this one again.

Aha! Fistpump! Dancing in the streets. I am the slayer of teas. The queen of my cupboard. Its all gone. This tea, which was never a great cup, is now officially gone, and never shall its shadow darken my cupboard again.
I am feeling a bit dramatic this morning, but I feel there is cause.
Sipdown!

The tea is cut and granular and so doesn’t look like most loose leaf teas. It has a strong aroma, and makes a good, full-bodied brew after just two minutes of brewing (with boiling water in a pre-heated teapot). The label says it’s a mix of Indian and African teas, but it tastes like a classic Ceylon tea, similar to Lipton “Brisk” tea.