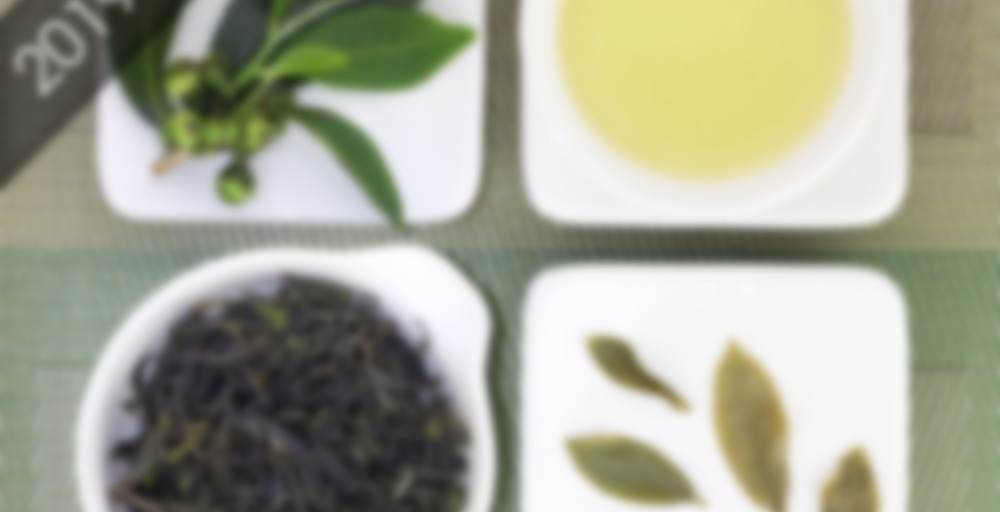 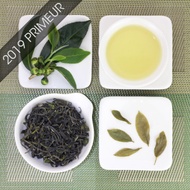 by Taiwan Tea Crafts
78
You

This is it! Our first tea of 2019 and consequentially the first Lot on offer of the 800 series. This “primeur” green tea follows in the lineage of last spring’s Lot 703 as it is made from Qing Xin Gan Zhi leaves originating from the same organic garden. The particularity of this Lot 801 is that is made with a flush of tender shoots picked in the middle of January 2019 – a time when tea bushes are usually dormant – earning itself the ”primeur” qualifier. Needless to say, this is an unusual occurence. This winter has been particularly warm and sunny tricking the tea bushes into activity. Still, with the reduced sunlight of winter months, the growth occurs at a slower pace creating a fine and even-leafed plucking. If you liked last spring’s Lot 703, you will be in familiar territory with its light almond-like sweet roasted accents, a good vegetal body with hints of creamy artichoke, and the flowery and balsam freshness of High Mountain Oolongs. What surprises the palate here is the mellow smoothness of the liqueur and the softness of the tannins making it a very easy drinking green tea and a perfect mid-winter tonic! There is definitely no need to wait until later to enjoy the freshness of a good cup of organic green tea made just for us by one of our long time collaborators. We purchased the whole production which is offered exclusively here on Taiwan Tea Crafts!

I don’t know if this is the right lot for what I tried (in fact, I’m like 90% sure it isn’t), but I’m too tired/lazy right now to look it up and create a new Steepster page for a straight green tea…

Anyway; I recently did a split order from Taiwan Tea Crafts with a coworker. Obviously I’m not the one who decided to order green tea; but he was nice enough to bring in the sample and make a large Western style pot of it for the three of us in office to try and share together. I don’t generally like green teas, but I love experiencing new teas and I’m always willing to be pushed outside my comfort zone and expand my palate so I kindly accepted a cup.

I was surprised by how much I enjoyed this. I thought it was quite sweet and refreshing, with flavour notes that I would probably describe as raw anise bulb, arugula, and crisp iceberg lettuce. He said that he finds the flavour quite basil-y, and I can see that comparison as well. In many ways, I was reminded of very fresh baozhong. It’s not something I would want to own/reach for often, but it was a really nice one off cup and I deeply appreciate him sharing it with me.

This was a fairly standard green tea. It had some explosive baozhong like aromas in the bag but after resting for a bit, it settled into a typical green bean flavor. There were some light spinach notes, a hint of cream, and a little fruitiness along the way but otherwise it was generic tasting. Not a whole lot of body or depth in the way of flavor. It wasn’t bad or off-tasting, just didn’t have any real character to it.

Taiwan produces some excellent oolongs but in my experience, Taiwanese greens are lacking and don’t really measure up to their counterparts from mainland China and Japan. I’ve got another green tea sample from Taiwan Tea Crafts so here’s hoping it breaks the mold and proves me wrong.

Did you get in a new order from Taiwan Tea Crafts? I see they had a sale on and was going to take advantage of it but 6 teas were too much for me. I was also waiting on about 3 other teas that are my favs before I place an order. They are taking forever to get some of their 2019 teas in.

This was actually from an earlier order. Yeah the 2019 teas have been in low supply everywhere, likely due to the bad weather in Taiwan which affected the spring harvest. I usually just order samples from TTC to meet the $25 free shipping threshold. $60 is way too much tea for me as well. They also sold out of wenshan baozhong which is one of my must haves. I ended up ordering my spring oolongs from Mountain Stream Teas and Tea from Taiwan.

I think this is the first time I’ve had a pre-Spring harvest tea so I have nothing to compare it to. Long, dark green delicate tendrils with a few silvery accents that smell sweet, fruity, lightly vegetal and beany, alpine.

I enjoyed this green tea most when prepared gongfu. Western was also nice, of course less nuanced, but grandpa-style was a nuisance because most of the leaves do not sink.

Warmed leaf had aromas of creamy artichoke, sugarcane, sugar cookie, and a fruity tone. Wet leaf smelled mostly of sugarcane and seaweed. First in a series of very short steeps were vegetal with lightly creamy artichoke, soybean and grass, and a fructose-like sweetness. Thick mouthfeel on the sip transitioned into a highly mineral, almost salty liquor that was lightly drying and left a bit of a rough texture on the tongue. Lemon appeared with salivation on the swallow. Very light floral almond aftertaste. With the third steep at only 12 seconds, some summer squash and fir came out, leaving a cooling mouthfeel. Sugarcane returning sweetness. By the fourth steep I was breathing clearly. Fifth led with fir and became very cooling on the swallow, ending with a light lemongrass aftertaste. Felt pretty mellow by that point and didn’t keep track of further infusions.

Western [2.5g, 8oz, 175F, 2 steeps] was overall a similar experience with creamy artichoke, lemongrass, soybean, and high minerality. Less noticeable fir-cooling. The aroma is light, so I recommend breathing in while taking a sip to meld with the light and clean flavors. I chewed on some of the robust and healthy spent leaf and the vague apricot fruitiness I smelled in the dry leaf came out in the mouth.

It’s a very clean and light tea with the leaf amounts I brewed. Oversteeping does not produce any bitterness which made it nice for grandpa style brewing but again, the leaves float. Tasty tea :)

I ordered this one too. The flavor profile you described sounds really interesting…can’t wait to try it.

I’m curious what you think since greens seem to be your thing.