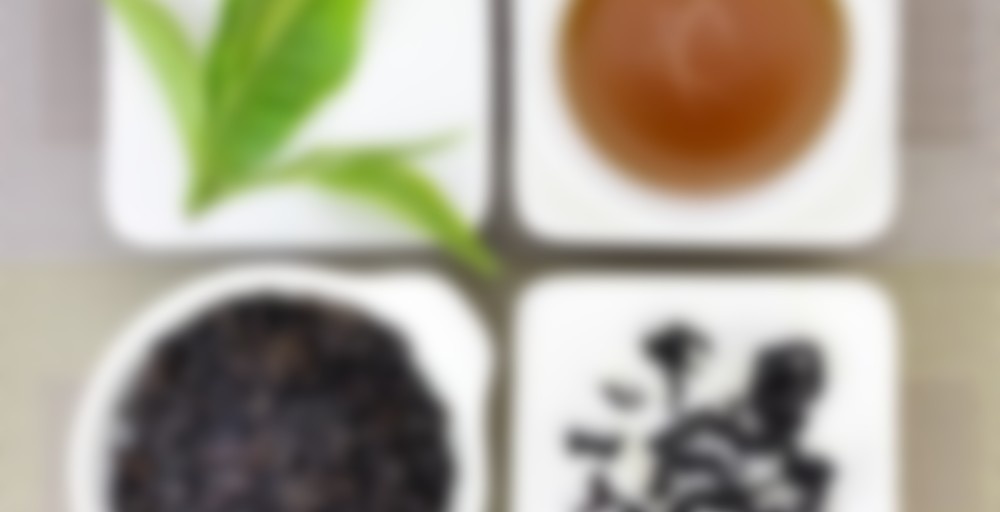 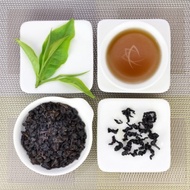 by Taiwan Tea Crafts
80
You

Our family has a long history of baking, pit-firing and torrefying tea that spans 3 generations now. And, as you might expect, in 3 generations we did leave a few teas out to stand the test of time. This practice has increased since the late 00’s, since the third generation started to have children of their own – aged tea does make a nice inheritance! This particular Lot 580 is one of the many that were finished and stored for the purpose of ageing around that time. It is a blend of organically grown teas that was assembled at the very start of the process, deep-baked and laid to rest as a homogenous lot. The whole process was done with great care and it shows in the cup. For those of you who are looking for a replacement to our Lot 135 of 2005, you will find yourself in the familiar territory of the deep torrefaction attack to which curried notes of dried exotic fruits and roasted nuts mingle in jammy sweetness and makes it an appealing tea to enjoy right away. But, the subtle more complex tangy overtones of dried tobacco do hint that it’s still a young puppy in terms of its ageing maturity. It’s nice velvety texture will not deceive both in amplitude and lingering pleasure. Just a like a good bottle of wine which is never bad if uncorked early, this is certainly a thé de garde that will continue to improve and mellow with time, making it a perfect choice for home tea ageing projects. We’ve released a small quantity of this Lot now and making it accessible at a very affordable price now, for the benefit of all of budding aged tea enthusiasts. As for the next release; you can talk to our sons about getting some more when it will become their decision!

This was my most recent sipdown. I finished what I had of this tea a couple days ago. Unfortunately, I only had 10 grams to play with since I received this tea as part of Taiwan Tea Crafts’ Aged Tea Sampler back in either the spring or summer of 2017. This and the three other teas in the sampler were left sitting undisturbed in their tin at the back of my tea cabinet until curiosity got the better of me. I never rush to try aged teas because I figure there is no real best by date for them; they are already old, and I have teas in my cupboard that really need to be consumed within 12-36 months of harvest. A tea that is processed with aging in mind and that is already more or less a decade old when I receive it can wait until I finish some of the younger, more sensitive stuff. With the way I have been plowing through Dan Cong oolongs, however, a break was necessary in order to avoid burnout, and I ended up choosing this tea simply because I wanted to see if it was still worth drinking. Well, it most certainly was. This was a very heavily roasted oolong, one clearly processed for aging. As I tend to love many heavily roasted Taiwanese oolongs, there was never much doubt in my mind that this tea would go over well with me. Those who do not tend to favor teas to which a heavy roast has been applied, however, may want to steer clear of this one because the roast that was applied to this tea was almost ridiculously heavy.

By the time I ended my review session, this tea clearly had more to give, but it was very late at that point, and I was not prepared to take it any further. Honestly, I probably should have gone with a higher water temperature for this session, but my throat was a little sore and I was trying not to burn myself. The 195 F water still worked, so I cannot complain about the results I got. This was an excellent aged oolong, but from the description above, it should be apparent to anyone who reads this review that this tea was full of the types of aromas and flavors one tends to find in more heavily roasted Taiwanese oolongs. If heavily roasted oolong is not one of your things, then I doubt this tea will appeal to you in the least, but if you are the sort of person who loves what such teas have to offer, you will find a ton to love about this one.

You realize, don’t you, that one day, all of us are showing up with our sample packets on your doorstep for a mass extended gong fun. Get ready :)

A heavily roasted tea that had sat around for a long while to become palatable and not “too heavy” with that charcoal flavor, I assume. I’m sure at one point, I’d turn away from a tea that is this dark, but it’s not too shabby now. A bit drying in the mouth, but not bad with the flavor. I suppose the closest thing I could describe this as is the burnt fat you find in an overcooked burger with a touch of the sweetness found in a honey oat burger bun.

74
BigDaddy
188 tasting notes
Smokey plum, brulee without the sweetness and a hint of corn nut at the end. Alas not much to say, Butiki’s aged 4 seasons ruined me. It was so good, haven’t found that flavor since. This has a nice enough structure, full bodied, lasts a good 8-10 steeps, but is ultimately unidimensional in flavor. So still searching, will try more of TTCs aged tea selection, has to be a winner in there somewhere.

Apparently I drank this. I didn’t take notes. This will serve as my note to drink it again and actually pay attention.

I recently received this from Taiwan tea crafts and decided to brew it up today for my first tasting. Its a very dark aged smoked oolong tea from Taiwan. After giving it a very quick rinse, I tasted the wash, and it had light smokey qualities before dumping the rest. There was very little dust so I decided one wash was sufficient.

First infusion was about 35 seconds to give the leaves a little time to open up. I got a medium dark liquor actually a little darker than what was shown in their picture, and the most wonderful smokey, caramel aroma. I did brew it in a yixing so that might have darkened it slightly. It was also sweet and earthy, and it had the most wonderful mouth watering aftertaste, that you only really get on good oolongs.

Second infusion was slightly darker and the flavors and aroma’s richer and more pronounced. A bit of nuttiness creeped in at this point as well, the flavor is rich and smooth and very nice.

The third infusion got darker still but the flavors and aroma’s slightly got weaker, it was still very drinkable and pleasant, and I think this tea has quite a few more infusions left to give. I do love that about oolong’s its staying power. The lovely aftertaste is still there as well.

This is a very reasonably priced tea for an aged tea, and is just utterly delicious, I highly recommend this tea!

Good to hear. I got their 1993 aged family reserve, and it tasted like charcoal briquettes. It is currently airing out to see if the flavor can improve.

I actually have that one, I havent opened it, maybe Ill taste it today and see how it is.

Though this one was still pretty smoky.